Photographers seem to be up there with lawyers and estate agents when it comes to being demonised by the public. Surely this is unfair, protests Ben Davis.

I like to think that being a photographer is a pretty cool job. Granted it’s nowhere near being a rock star or an astronaut, but it’s reasonably creative and can be fulfilling at times, and people generally respond with interest when I tell them what I do for a living. I can’t imagine being a data analyst or a logistics manager would garner the same enthusiastic response – though I’m sure those professions have their perks (until the robots take over, at least).

However, information gleaned from Google’s autosuggest function paints a more unpleasant picture of the public’s perception of photographers. Open up the search engine and type in “why are photographers so” and the suggested keywords – based on the most popular searches – are all negative. It seems the wider population view photographers as arrogant, rude, pretentious and expensive.

But, just as with any group of people, photographers are not one homogenous mass. Sure, there are a few obnoxious idiots, but you find less than savoury characters in every walk of life. That said, surely we must be doing something to generate this somewhat repellent reputation, even if ultimately it’s unfair.

Perhaps we’re seen as arrogant and pretentious because photography is largely a solo pursuit, focused on the creativity of the individual. As it’s a highly competitive industry, this can lead to some photographers feeling insecure about their work. When people feel vulnerable, they may put up a shield of arrogance, or even lash out at others as a form of self-defence.

This is evident within online photography forums, where you’ll find scores of disgruntled photographers whinging about the state of the industry, about weekend warriors or about other people pinching their clients. Some are also quick to criticise and condescend to those they deem inferior. We should all remember we were all beginners once, and we all still have lots to learn, no matter what level we are at now. This isn’t the same as those who offer constructive criticism to people starting out, and it is unfortunate that well-intentioned advice can sometimes be taken as criticism by more sensitive souls.

I think it’s true that photographers do love a good moan, but it’s both cathartic and also helps to unify people who usually operate in isolation. It creates a common bond, helping to bind personal networks together, especially when you might feel a little insecure. 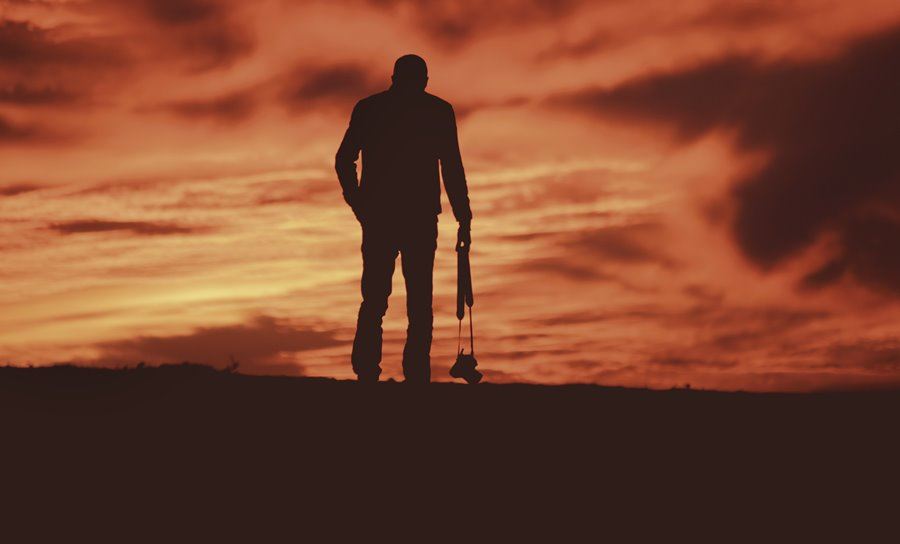 I’d argue that photographers rightly feel more threatened by the public than, say, mechanics, HR advisers or heart surgeons. Almost everyone has a camera, and many people have a keen interest in taking pictures. You don’t need specialist training or to take such a huge leap to start earning money from photography, and so some may feel their livelihoods could be at risk. There aren’t many other jobs that large numbers of people practice as a hobby, but surely it’s unprofessional to be rude to people who share the same passion as you.

But let’s face it: the general public can be annoying when you’re trying to work as a photographer. I shoot weddings quite regularly, and I’ve lost count of the times a guest has stepped out into the aisle with their iPad to grab a blurry shot of the bride and groom as they make their way out of the ceremony, meaning I can’t get the photos I’ve been paid to take. I understand that people want to take their own images, but it doesn’t make it any less frustrating when they obstruct me in my task. But still, I accept it as an occupational hazard and would never be rude to the culprit (most of my work comes via referral). Some photographers may not always be as polite.

The wider population may also take a less than favourable view of photographers because of the types of photographers that are most frequently in the public eye – press photographers and the paparazzi. Whether it’s a media scrum on the tea-time news or a docu-soap about hounding Z-list celebs, it doesn’t always make a great impression. But these people have a job to do, and when it comes to qualifications, the ability to get the shot trumps charm and artistic flair every time. Press photographers need sharp elbows and a thick skin, and often don’t have time to stop and chat. That’s not to say they are arrogant or rude, but it can be a high pressure job, with lots of competition and only one chance to get the shot. They’re an entirely different beast to landscape photographers or those who shoot family portraits, yet we all get lumped in with the same assumptions.

The public also think photographers’ fees are expensive. Perhaps they are, but that certainly isn’t the same thing as being overpriced. I’ve had numerous people say to me, “You must be a millionaire if you charge over £150 for an hour’s work!” I really wish that was the case. An hour shooting on location may also mean an hour of travel and two hours of editing, and this still doesn’t factor in correspondence and admin time. Subtract the tax due and overheads involved and I’m left with around £20 an hour. I’m content with that, and I’m confident I’m not ripping anyone off. It’s easy to see why people may find photographers fees expensive, but this is certainly a misconception on their part.

Personally I feel proud to be a photographer, and I’ll take whatever flak is coming my way. There aren’t many jobs that would afford me the freedom, creativity and opportunities that taking pictures for a living does. There’ll always be some among us who’ll give the profession a bad name, so always try and be an ambassador for photography whenever you can.

Perspective: Self-Criticism and Doubt Are Part of Photography

Perspective: Have We Reached “Peak Megapixel”?