Behind the Image: A Wise Son Makes a Glad Father, by Robin Stuart

Robin Stuart’s triumphant image was a hit at Astronomy Photographer of the Year 2016. He tells us the story of the shot 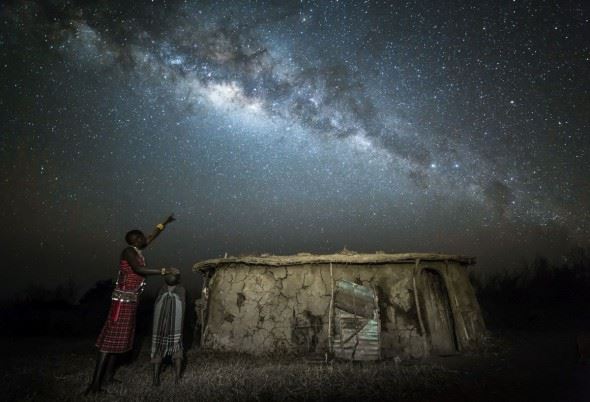 Robin Stuart has won several accolades for this gorgeous shot of a father teaching his son to navigate by stars on a Maasai reserve in Kenya, including being highly commended in the People and Space category of Insight Astronomy Photographer of the Year.

It’s a wonderful shot, both in terms of its technical achievement and the beautiful humanity of its subject. We loved the shot so much that we had to find out more, so read on for the story behind the image…

“I took my photograph in July, 2015 just outside the famous Maasai Mara national reserve in Kenya.

“We have a family business in eastern Africa with luxury camps. One camp that I frequently visit is Mara Bushtops which is located just outside the Maasai Mara reserve.”

“The main inspiration behind the shot came from hearing that the Maasai were semi-nomadic and used the stars to navigate. This struck a major chord with me, and having just started astrophotography, I felt I had to capture this idea in an image.”

“My family has been doing business in the Maasai Mara National Reserve for more than one hundred years, and we have built a very strong relationship with the local community. Over the years we have supported a local primary school by installing a six-kilometre water pipeline, building classrooms and dormitories, and providing internet access and a computer lab. So when I approached the Maasai people, they were very welcoming and happily allowed me to spend the evening taking photographs of them.” 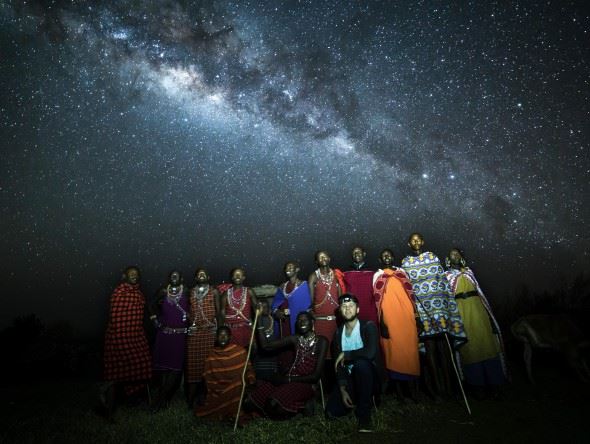 Robin with the Maasai on the night he took the shot

“Right up until the day, I had not planned to capture the moment with a father and his son, but knew I wanted a shot with a Maasai warrior in the setting of his home.”

“The idea to include a child with his father came when we were waiting for the sun to set. The young boys were herding cattle back to their manyattas (Maasai settlements), and I guess it just hit me. Why not capture a moment between a father and son? I thought that night time was a great opportunity for man and boy to talk, and for the father to hand down knowledge of the stars to his son.”

“The perfect spot where I positioned my camera was completely covered in dried up cow excrement. This resulted in me have to lie in the dung to make sure everything was in frame, which was a novel experience!”

“I was completely over the moon to be Highly Commended in Astronomy Photographer of the Year! It was such a surreal experience going to the awards ceremony and mingling with some of the greatest astronomy photographers in the world.”

“The same image won me the title of Africa Geographic’s Photographer of the Year a few months earlier as well. I can’t believe my luck!” 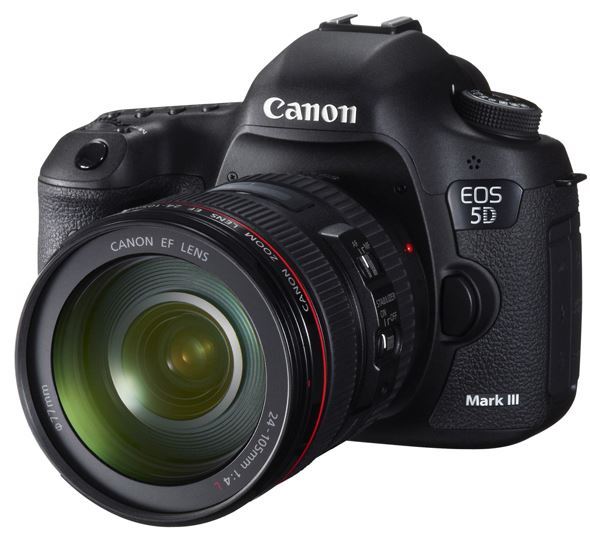 Robin Stuart is an astrophotographer based in the middle of the African bush. His website is robin-stuart.com and he’s @galactic_safari on Instagram.