The Free Range Show, held in London’s East End is always a favourite of mine. Hosted in the Old Truman Brewery building off Brick Lane, the rolling show is held annually from May until July. The show features a wide range of arts, presented by students from colleges and universities from around the UK, who each take a show space for a limited slot.

My interest is in the photography exhibitions as you would expect and my expectations of seeing interesting new works are never disappointed. The space in the Old Truman building is vast and it takes a lot to fill it, but filled it is, with an eclectic mix of black and white and colour work in all shapes and sizes. There were huge life size images right down to the smallest groups, only a few inches square. It’s this variety that makes the show so interesting, you just don’t know what’s going to be there.

As you may remember I’ve visited the Free Range show in previous years and featured the work exhibited by some of the students. This year I’ve selected three photographers whose work I particularly liked. Of course, all the work I’ve chosen is based in the studio and shows how lighting can be used to produce a range of very different work.

The first images I’ve selected are by Hayley Roos, a 21 year old photographer who studied BA (Hons) Photography at Nottingham Trent University.  I found her work very striking on many levels and I’m very pleased to feature it here. I asked Hayley about her work and this is what she told me.

First, she gave me her contextual statement for the work:

"It is unlikely that a woman living in contemporary Western society could ignore her physical appearance. If she did, she would be stigmatized as unfeminine or socially unaware." (Grimlin, D. 2002, pg4)

She added that “vanity and beauty consumes many women’s lives, taking inspiration from the repetitive imagery around us. Through the work, the sense of surreal, but synonymous beauty raises thought in the viewer, urging them to consider how beauty is being portrayed in our image conscious world and whether perhaps it has all gone too far. The word “plastication” has been used by industry professionals when printing commercial portraiture; this work protects this plastic notion of beauty, one which women aspire to, to gauge their own attractiveness.” 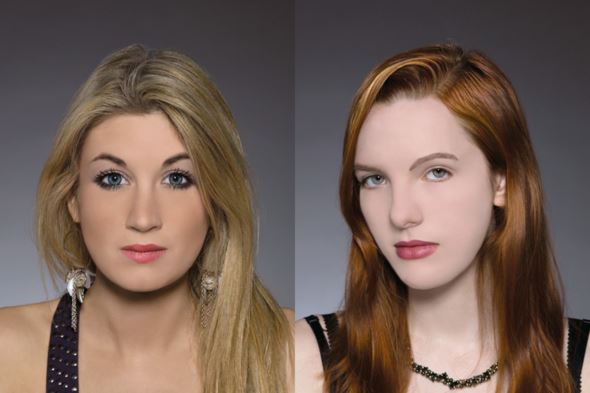 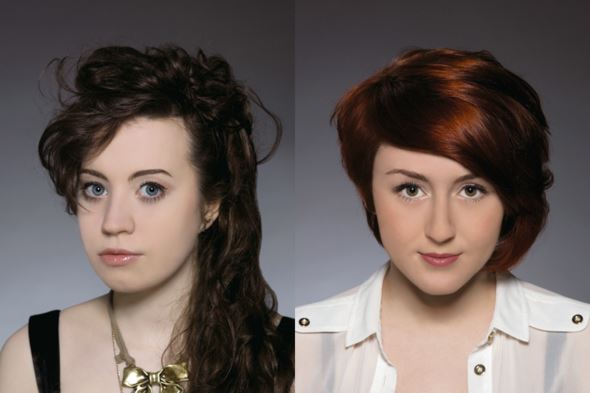 This is an interesting notion of course and not a new one either, in fact it’s been at the centre of portraiture for decades. Hayley’s portraits reminded me a little of the work of the great Hollywood photographer, George Hurrell. He shot famous film stars in a style he made his own, all soft focus, beautifully lit and all heavily retouched to remove every blemish, producing the same type of “plastication” that Hayley mentioned.

Hurrell produced images that sold the exquisite, flawless  beauty of the film stars, promoting them and of course, the films they starred in. Here we are sixty years later, still debating the rights and wrongs of how “beauty” should be portrayed.

I loved the images because of the timeless quality they have and the lighting of course. Hayley used three Bowen’s Esprit’s to light the portraits. One used on a floor stand, the main light with a beauty dish and diffuser on a boom and a Snoot was used behind the subject to light the hair. Halyey also used a small hand held reflector to bounce light under the chins of the subject’s. All the images were shot with a Hasselblad 500C with a digital Leaf back using a standard 80mm lens.

I asked Hayley what would be her dream commission? She said, “now that’s a tricky one...to be honest I couldn’t tell you yet. All I know for sure right now is I want to keep taking portraits and really develop my own style, one that one day I hope people would want to specifically commission me for because of it. To be known just by the style of my photographs would be amazing.”

Finally, I asked Hayley about her future plans, “for the future, I hope to eventually run my own studio and work successfully as an editorial/commercial photographer. I would particularly like to expand my work into more theatrical portraits, by which I mean make up/costumes, really constructing personas, almost creating fictional characters”

I really hope that Hayley continues with those plans, she obviously has all the technical skills necessary to achieve them.

The next photographer whose work I liked is by Robyn Pashley, a 22 year old who also attended Nottingham Trent University, graduating with a First Class BA Hons. Robyn said that “NTU’s course had great facilities for shooting and editing, creating a perfect environment to develop my photographic skills and exploring my ideas”.

The series of images, with the subjects face turned away or hidden from view I found quite haunting and I asked Robyn about them.

“Firstly the thinking behind the images came from the different relations of Power that transpire from photography, particularly the power in the gaze. I've always thought there was something predatory in the act of taking a picture as the camera enables us to look at people whom we would never otherwise see at all.

With endless power structures at work within photography, power cycles are often developed between the photographer, subject and viewer making power a shifting variable.

Taking the subject matter of the body, there are always questions of power and possession, and in this work I try to explore different levels and relations of power at work within photography, questioning these relationships whilst drawing ideas from Michel Foucault’s Panopticon with a central focus of power overlooking those that have less.”

Robyn’s thoughts about power, are again an interesting one, especially within portraiture. The relationship between the subject and photographer will always be a fascinating interaction. The famous fashion and portrait photographer Richard Avedon said that “I think art is all about control - the encounter between control and the uncontrollable.”

On the one hand the subject will only give as much as they want to, and on the other, the photographer will try to bring out more than the subject often feels comfortable with, trying to show who they really are. “Peeling off layers” is a phrase often used by photographers who try to get more from their subjects and Robyn’s images do reflect that struggle.

Robyn’s images were photographed in the studio using two Bowens Esprit’s, both with soft boxes attached and shot with a Canon EOS 500D with a 28-200mm f/3.5-5.6 lens.

I asked Robyn about the future, “my work has always focused around the exploration of the human body, I hope to take this further looking into training as a clinical photographer.”

The last photographer to feature here is Olga Suchanova, a 31 year old student, originally from Slovakia who has just completed a BTEC HNC in photography and will start a BA in Photography at the University of Westminster.

Olga’s work is about “consumerism, beauty and nature”, and her project is titled “Unwanted”. 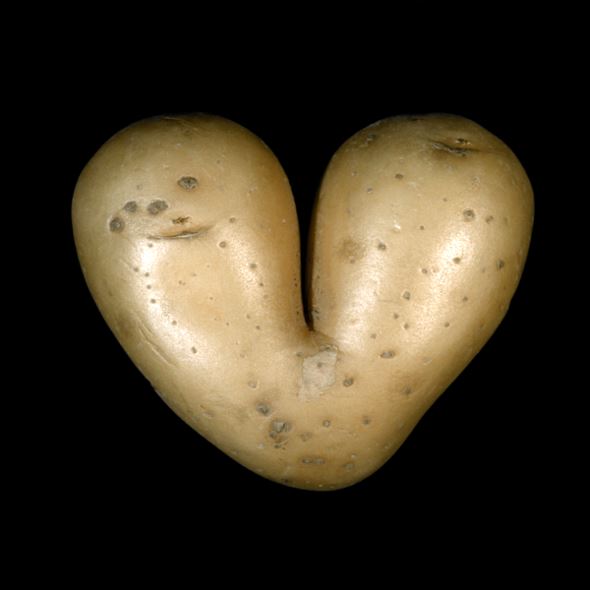 I particularly liked Olga’s work, highlighting natural, day to day objects that are not quite perfect, or as perfect as we would like them to be. It’s another interesting take on how we perceive things, a continuing theme used by each of the three photographers featured.

The images are very delicately lit and photographed with a wide open lens, showing the small imperfections that we may not want to see. She used Bowen’s lighting in the studio and the work was shot with a 5x4 and 10x8 large format camera.

The great American photographer Irving Penn shot many still life images in the same way, exploring everyday objects as statues and sculptures. He said that “photographing a cake can be art” and he was right. It’s much more difficult than it looks and I would urge anyone who hasn’t tried it to give a go, it can be very rewarding when you get it right.

One thing I would say about all the images I’ve chosen is that they all stand out as interesting and thoughtful pieces of work in their own right, as images should, no matter what the narrative or statement says that supports them.

I think the lighting, composition and the technique of each photographer should be applauded and I hope that each of photographers go on to achieve their full potential.

My sincere thanks to each of the photographers Hayley Roos, Robyn Pashley and Olga Suchanova for letting me share their work with you.

Each of the photographers featured here owns the copyright to the images shown in this article and I thank them all for giving me their permission to use them.