This reductive comparison does both art forms a disservice, argues Jon Stapley 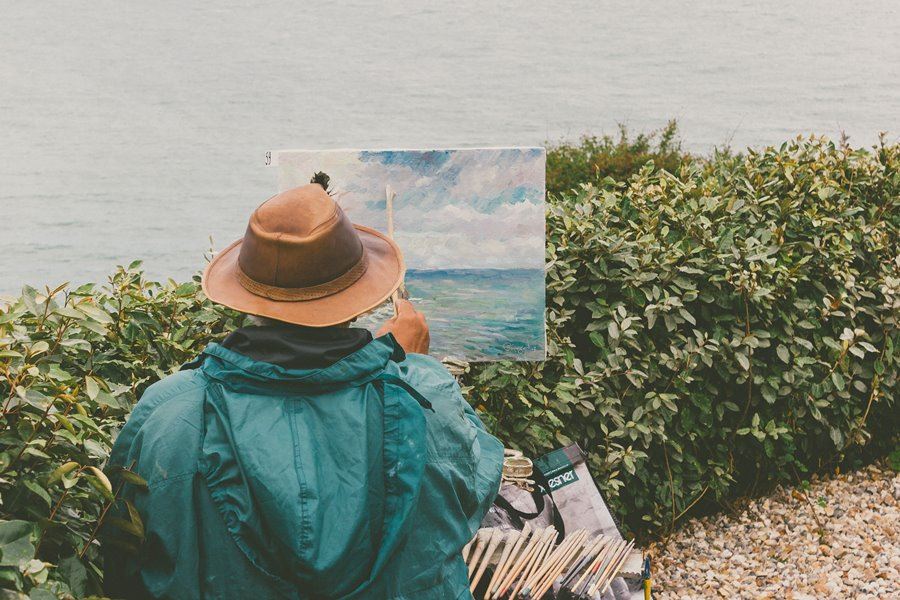 There’s a word in photographic discourse that I don’t particularly like. I won’t pretend I’ve never used it, but I’ve often felt lazy when doing so, and I think it’s high time we put it behind us. That word is painterly.

Does this call to mind a particular type of landscape photograph? Do you see rocks in the foreground, a large depth of field, perhaps a milky sea or morning mist? Is the sun, perchance, popping through the eye of Durdle Door? Does, perhaps, the beautiful landscape of the Peak/Lake District (delete as applicable) stretch majestically before you?

Now, all of these images are beautiful. All of them are striking, arresting, captivating, painterly. But, all of them have been done before. If you’re in any way familiar with contemporary landscape photography, you can likely picture the usual subjects without having to see them (as you probably did while reading the previous paragraph). And if that’s the case, what’s the point in taking them? A skilled painter could produce an exact replica of The Scream by Edvard Munch, if given sufficient time and materials, but what (artistically anyway) would be the point?

Painting and photography have, of course, had a relationship for as long as both disciplines have existed. When the French Impressionist painters of the 19th Century (among them Monet, Renoir and Cézanne) first began to break away from convention — painting for effect rather than realism — they did so, in part, because the exciting new art of photography was able to produce lifelike images better than paintings. The result? Painting got more exciting.

Previously, to be considered legitimate by the dominant Académie des Beaux-Arts, paintings could only depict certain subjects and could only be produced in certain styles. The jury of the Salon de Paris favoured religious and historical subjects, painted with emphasis on realism and restraint. The less you could detect the hand of an artist, the better a painting was judged to be.

With their stylistic, idiosyncratic interpretations of contemporary landscape scenes, painted en plein air rather than in a studio, the Impressionists blew away this orthodoxy. From their work grew some of the 20th Century’s defining artistic movements: the Fauvism of Henri Matisse, the Cubism of Pablo Picasso.

Now, you may not like Picasso. And that’s fine! He probably wouldn’t have liked your long-exposure of the Millennium Bridge either. But, like him or not, what’s undeniable is both his influence on the art that came after him and his debt to what came before. How much longer might these kinds of movements have taken to evolve if the Impressionist painters hadn’t defied the rules of the Salon de Paris? If they’d stuck to making what was, at the time, considered painterly?

Following this logic to its conclusion, what new modes of photography might we be denying ourselves by getting up at the same time every morning to head to the same location with the same set of filters, to capture basically the same image? In Understanding a Photograph, John Berger rejects the notion of comparing photographs to paintings, suggesting music is a much more apt reference point:

“Every handbook on photography talks about composition. The good photograph is the well-composed one. Yet this is true only in so far as we think of photographic images imitating painted ones. Painting is an art of arrangement… Every relation between forms in a painting is to some degree adaptable to the painter’s purpose. This is not the case with photography.

This, to me, is a far more romantic and exciting way to think of photography. The art of timing, of hitting an exact moment, of getting something that will never be repeated, is infinitely more interesting than capturing a landscape that looks like a painting – especially as you’ll probably have to frame your image to exclude the bright blue anoraks of thirty-seven other photographers taking the exact same shot. Twenty-three will go on to have their work described as painterly. Well done everyone. See you at 5AM next Sunday…

Like most things, landscape photography is at its most interesting when it looks forward. If you want to take photographs that look like Turner paintings, I’d suggest heading down to the National Gallery and taking pictures of the paintings on the wall — not only is it cheaper, but you won’t have to get up early as the gallery stays open until six… If, however, you want to take a photograph that sticks in people’s memories the way Turner’s actual paintings do, you’ll need to think more creatively. And, I reckon you’ll be glad you did.

Perspective: Quitting My Career to Become a Filmmaker

How to Create Inception-Style Drone Photography