Photography: this time it's personal!

Perhaps the toughest assignment for any photographer is the personal project, sometimes referred to as a photo essay (though essays are slightly different).

Often open-ended, or at least lasting several months or even years, the client (the photographer) is rarely entirely happy with the results and the pay is usually terrible.

So what IS a personal project? Who does them and why do they do them?

In a nutshell, a personal project is a themed set of images created by a photographer covering a subject of their choosing, rather than being commissioned by a publication or commercial body. Unless they can build an exhibition or book from the resulting image set, can get it published or get some kind of sponsorship, the chances are it will be unpaid, and probably a drain on time and finances.

Which is why I would hazard a guess that the majority of professional photographers never do personal projects.

But personal projects have an intangible value. They allow a photographer the opportunity to stretch their creativity, try out new techniques without the risk of jeopardizing a paid assignment, or explore a subject which fascinates them. Because it’s un-commissioned, the photographer can work to their own pace, or the pace dictated by the subject they’re covering. This is a massive freedom from the constraints of the usual paid assignment where briefs, budgets and deadlines come into play. With personal projects the deadline might be dictated by other factors (a project covering the dismantling of a building will probably finish once the building is gone). And costs will dictate the speed at which the project can move forward.

Personal projects also allow a photographer to develop their own style, and the work might end up in a portfolio designed to attract clients looking for that particular approach and style of work.

You might argue that amateurs always shoot personal projects because all their work is unpaid, and there’s never a deadline, but what separates a personal project from a collection of un-paid photography is that there needs to be a theme and/or a narrative which holds the pictures together. A coherent style is also an important glue to help keep the theme consistent. 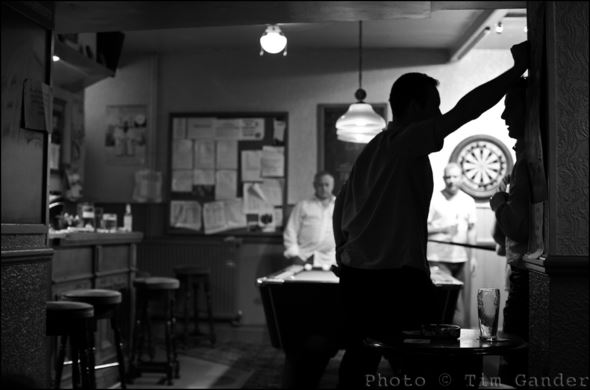 I’ll confess here that, when compared to many other photographers, I’m really not very good at personal projects. I brim with ideas, but finding the time and funds to start them often brings them to a juddering halt before I’ve even got to the planning stage. I’d love to travel the world shooting personal projects, but other commitments tend to mean I have to look for subjects closer to home, which is not a bad discipline or I’d be swamped with choice and never make up my mind where to go or what to shoot.

One project I started, and never felt I quite finished, involved going to a pub in Bath to capture the various characters and happenings that went on there. Being that it had not been upgraded to be yet another theme pub from a corporate blueprint, it still had a typically British, local pub feel about it, serving as it did the local residents rather than tourists or students.

A little grubby and tired (the pub, not me) and full of character (still talking about the pub here), it gave me an opportunity to capture a slice of local life before it vanished. Small pubs are closing at an alarming rate, and it seemed worth capturing the essence of one before it got taken over or shut down.

I spent the best part of two years on that project, but circumstances meant the project was starting to run out of steam. I did get some interesting shots though, and you can see some of them dotted around this article. 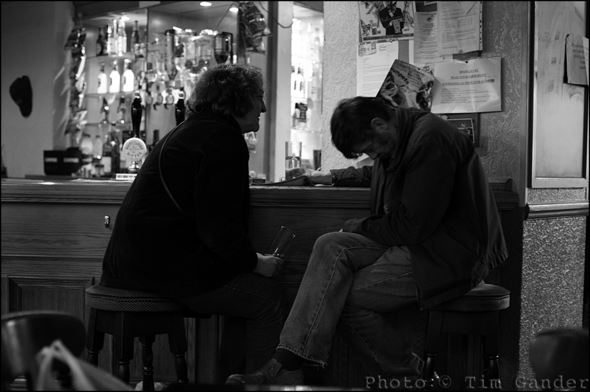 More recently I’ve been working on a project to capture the bustle and people involved in the local livestock market.

Frome livestock market was once the economic engine of Frome when it occupied the centre of the town.

Every wednesday farmers would come from all over the region, and beyond, to trade their livestock. Their wives and families would go about the open air market and the town itself doing shopping while the men did their trade.

However, by the late 1980s the market was getting too large for the town to cope, and a purpose-built site was established just outside Frome in Standerwick.

With the closure of markets up and down the country, the livestock market at Standerwick now draws in farmers and buying agents from far and wide, but being outside of the town makes it largely forgotten about by many locals.

I wanted to see what the world of the livestock market was like, and find out more about how it worked, the characters involved, and what the future of this kind of market holds in store (slight pun there). 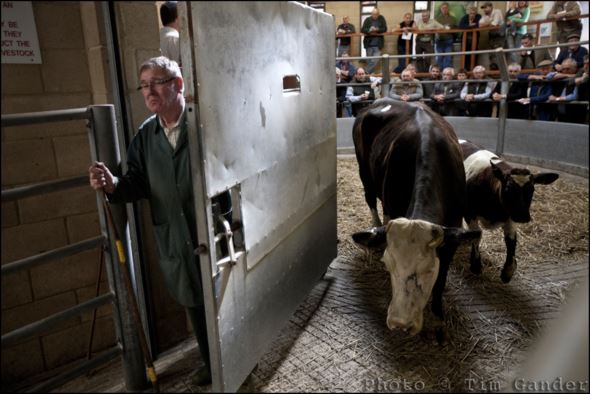 This project is relatively new, only having started at the beginning of this year, and could easily run for a year or more as I’ve had to gain the trust of the market management and the farmers and traders who work there. It’s also been necessary to work out where it’s safe to shoot from during the auctions. Getting crushed by a cow isn’t what I got into photography for, and wouldn’t make for an edifying obituary.

I’ve also had to spend time finding the direction and narrative for the project, because without having been to the market before I wasn’t sure what I was going to be able to photograph. I’m definitely interested in people and it was never going to be an issue of animal rights because the market is strictly governed to safeguard their welfare, so it’s starting to look like a study of the interactions between the farmers, herdsmen, dealers and livestock.

This particular project brings into focus the elements on which a coherent personal project relies: 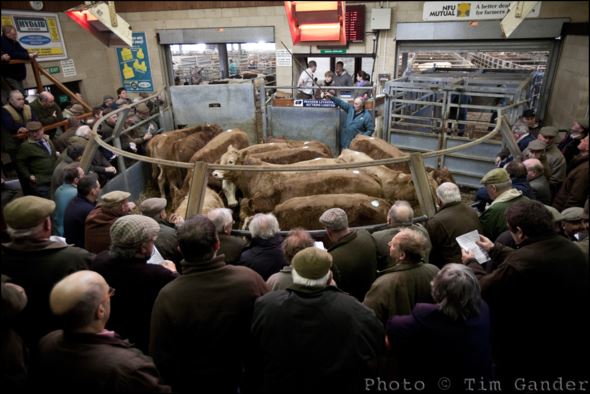 I mentioned at the start that a personal project can sometimes be referred to as a photo essay. I would say there are differences between personal projects and photoessays, though they can also be one and the same thing.

Photo essays tend to rely more on a chronological presentation of images to tell a story as it unfolds, where a personal project can be more wide-ranging and isn’t necessarily tied to chronology. Others may disagree, but I’m trying to be concise about a very large subject!

I want to share some links that will take you to the personal projects of other photographers which I hope will help explain better than I can exactly what a personal project is, and just how brilliant the photography can be:

Somerset-based commercial photographer Graham Trott - Go to gallery/cider makers to view a project on two elderly brothers who have been making cider in Somerset since they were children.

Robert Gumpert - Gritty portraits of people whose lives have been tough, juxtaposed with audio of them telling their stories in their own words.

Bristol-based artist Tamany Baker -  Although Tamany has many projects on her site, and all of them engaging and thought-provoking, I keep coming back to Living with Wolfie.

Maybe you have a subject you’d like to cover. If so, I hope this article gives you the impetus to have a go. Start with research, get the necessary permissions and insurance and try to shoot regularly so you don’t lose steam. You never know, it could lead to someone buying the pictures for publication or a good set of stock images. Make sure you have all relevant releases for stock uses, and I recommend rights-managed libraries like Alamy.com rather than iStockphoto for this kind of work.