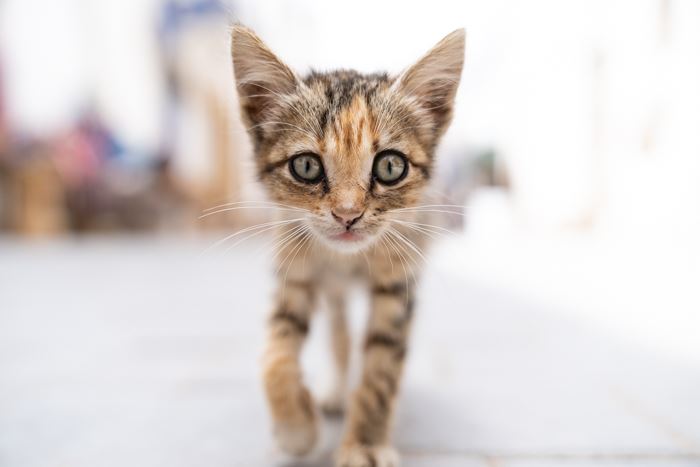 TL:DR: Don’t have time to enjoy Matt’s article in full? Click here for a quick summary.

When I first used the Sony A7 III (while filming Wex Photo Video’s Indian Adventure Series) the impressive Eye AF functionality was one of the key factors that made me buy into the mirrorless system, the others being its superb dynamic range and low-light performance.

Eye AF changed the way I was able to capture portraits, improving both my composition and hit rate. Capturing images of people when travelling – often strangers you encounter while exploring – means you have to work quickly and effectively, as you typically don’t have the luxury of time or retakes should you miss focus. 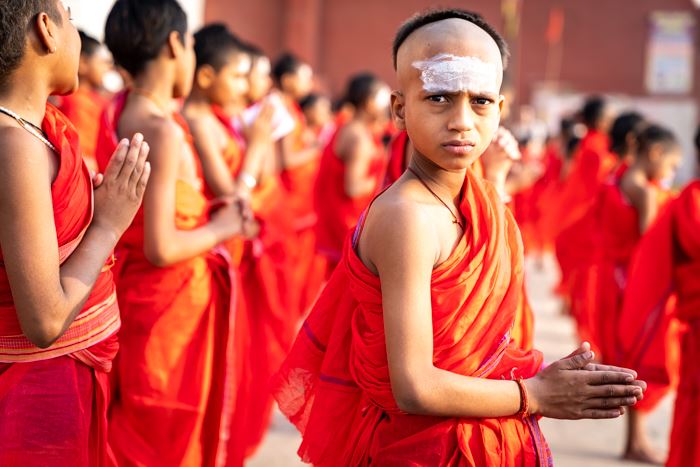 I had previously relied on the focus and recompose method, when using my Canon DSLR, finding it quicker than manually shifting the focus point to the desired spot. This meant I had to focus on the eyes by half pressing the shutter button (or better still, with back-button focus) and then moving the camera to frame my desired composition. While this technique can work perfectly well, there’s a risk the eyes will drop slightly out of focus, especially at the wide apertures available in fast, portrait-orientated prime lenses.

The A7 III has an extremely wide (93%) autofocus coverage, which is perhaps just as important as Eye AF. Once the eyes are being tracked, the large coverage means I have even more freedom for composition and can utilise almost the entire frame. This, in turn, improved my environmental portraiture and is also a great asset for anyone into street photography.

Nikon and Canon have introduced highly capable face and eye detection into their own long-awaited full-frame mirrorless offerings. The Nikon Z6 and Nikon Z7 have already benefitted from a post-launch firmware update, but I feel both manufacturers have fallen slightly short of Sony (at the time of writing) in terms of consistency and accuracy.

This is understandable as Sony’s eye detection is more established and while the others continue to play catch up, the tech giant has recently undertaken its own firmware upgrade for the Sony A9, Sony A7R III and Sony A7 III. V3.0 was released in April and has introduced some of the upgrades from Sony’s recently released A6400 camera.

One of the most notable changes includes a real-time Eye AF mode (it’s always on), which removes the need to hold down a button to keep the eye tracking working. But what’s perhaps even more interesting, especially if you’re a pet owner, is the inclusion of animal eye detection.

Eye AF for Animals in action

Although I’m a pet owner, my 15-year-old moggies have long stopped being the subject of my photos. Having installed the firmware as soon as it was released, and been both excited and curious about its potential, I’ll admit, I never really anticipated much use for animal eye detection. But that was before I found myself in Morocco. Upon seeing how many cats were on the streets, I had a great opportunity to test this new function for myself. Here are some of the results! 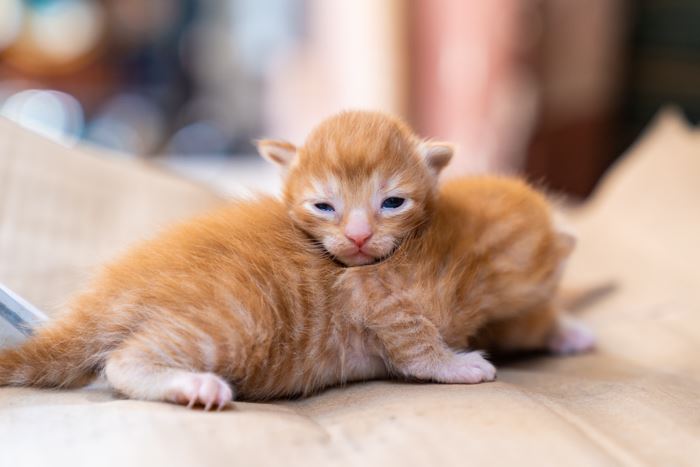 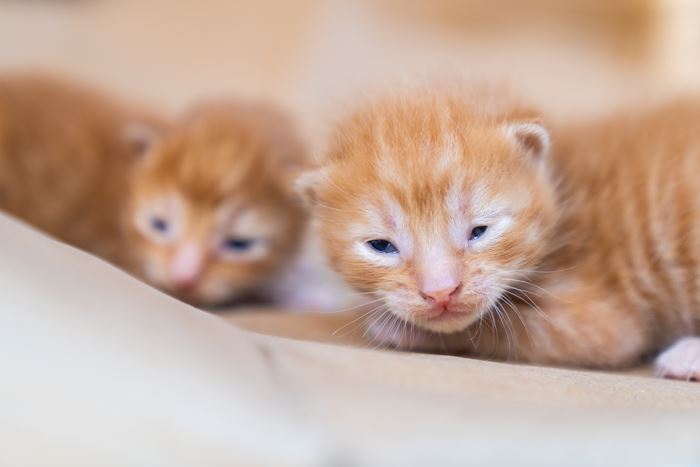 Eye AF for Animals tracked these two new-born kittens who were constantly moving, albeit slowly. At barely two weeks old (I’m estimating) their eyes were still not fully open yet, but the camera tracked them perfectly in relatively low light. 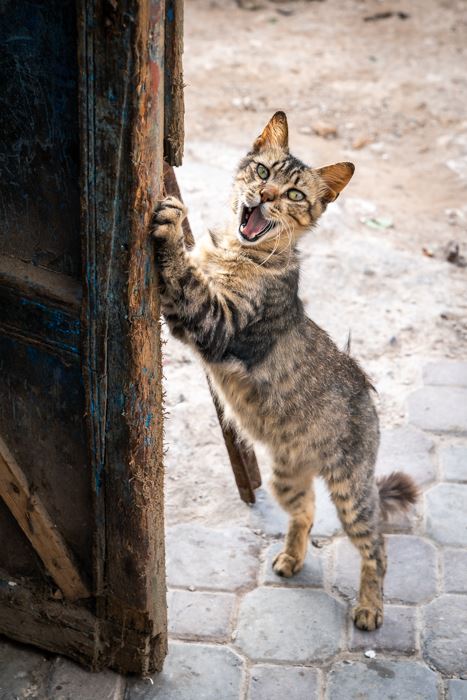 The eye detection tracked the eyes of this cat perfectly as it used the door as a scratching post. The eyes were in focus despite the low light and movement of the animal, which was pleasing given I had no time to properly frame or compose the shot. I had to rely on Eye AF for Animals to do its job or the opportunity would have been gone. 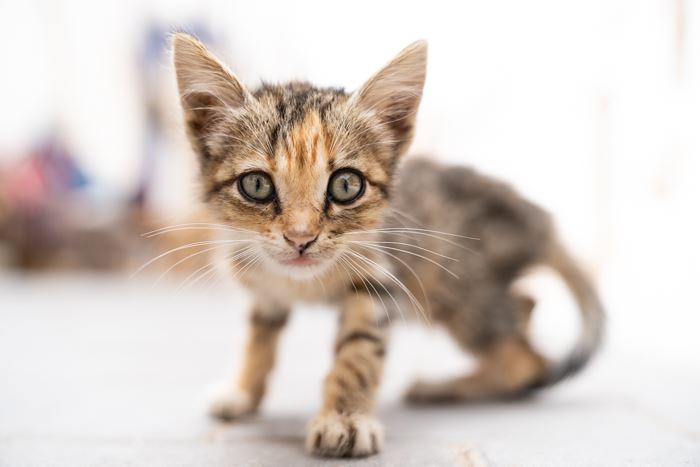 This inquisitive kitten was sitting in the middle of a street in Essaouira (there are cats in every street and alleyway in this town). I set up low to take the shot using the flip-out screen and set a wide aperture to test how well it kept the eyes in focus. The Eye AF for Animals tracked the eyes perfectly as the cat approached the lens and only when it got too close did it lose focus. 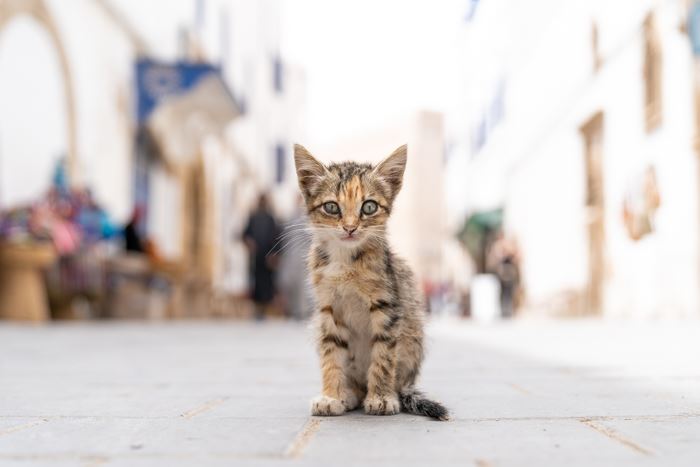 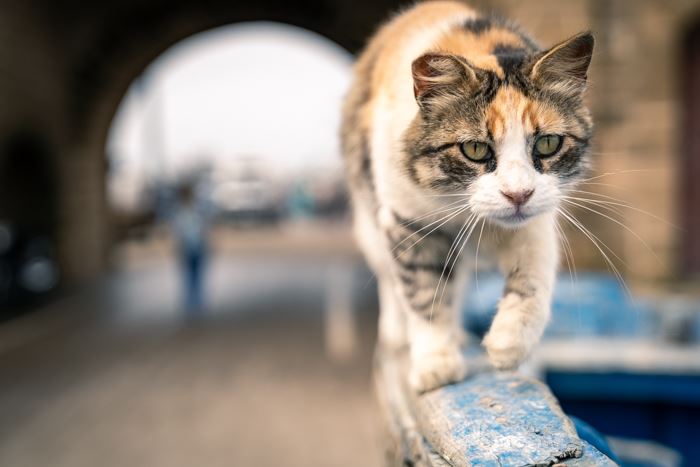 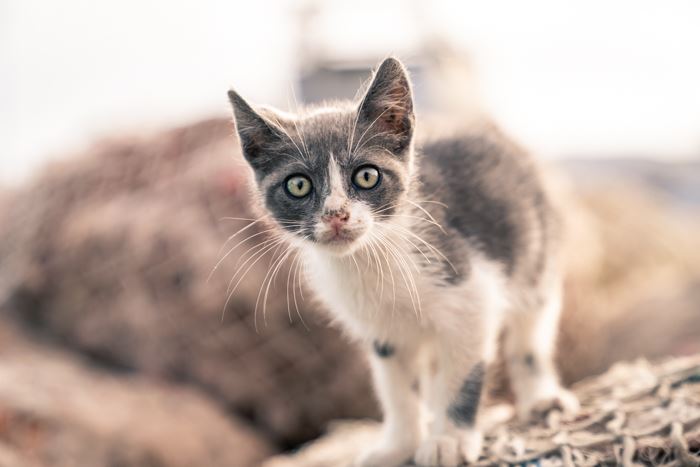 Unsurprisingly, there were a lot of cats loitering around the fishing port, where kind locals would drop a sardine or two for them to eat. I had plenty of opportunities to photograph the cats around the nets and boats, as they moved in and out of the frame.

The camera tracked the cat’s eyes fairly well, only losing it when they moved particularly quickly or erratically. These are the circumstances where Eye AF for Animals perhaps loses some points to Sony’s human eye detection and yet, it was often still able to quickly acquire the eyes again. Ultimately, the animal eye detection meant I could worry more about composition, a tricky task when photographing faster moving animals such as playful kittens.

One of the drawbacks of Eye AF for Animals is that you have to switch between human and animal eyes in the menu, before it can work. Sony has been criticised for its menus, which I agree are not always as intuitive as other brands. While the cameras are highly customisable, I prefer to add the functions I use most frequently to the My Menu tab.

It’s then quick and easy to find and access whatever I need, including the ability to switch between human and animal eye detection. To switch between them using my A7 III is very simple: Select 'Face/Eye AF Set' from the Red Camera Icon 1 and scroll to AF2, which is page 6/14 (this process may differ on other models).

Select ‘Subject Detection’ and then simply switch from ‘Human’ to ‘Animal’, and you’re good to go!

Not everyone will utilise the Eye AF for Animals function. But pet owners or those who photograph animals commercially will find it an exciting addition to Sony’s feature set. In fact, it could possibly change the way you shoot, particularly if you like to photograph at wider apertures for a narrow depth of field or if your subjects don’t tend to stay still. Eye AF for Animals really is a welcome step forward in autofocus capability and ensures Sony continues to remain one step ahead of its competition.

Is it perfect? Not yet. I found it sometimes needs a little help to find an animal’s eye (while it picks a human up with little fuss). It can sometimes get confused by fur, picking up other parts of the face instead of the eyes and at times it can lack the consistency demonstrated when tracking human eyes. I’d also like it to automatically switch between human and animal eye detection without having to go back into the menu.

That said, this really is nitpicking and only because of the standard Sony has set with its human Eye AF. Given that the eyes of cats and dogs come in different shapes, sizes and positions, this really is a remarkable first go at animal eye detection. Given time, I hope the technology will expand to include other animals as this would offer significant benefits for bird and wildlife photographers.

Fujifilm in particular has been applauded for its willingness to offer noteworthy improvements for existing customers. So, firmware update v3.0 is a very welcome move from Sony, especially as the company now faces increasing full-frame mirrorless competition. Eye AF has always been one of the outstanding features of the Alpha range’s full-frame cameras and this firmware update has made the technology even better, keeping Sony yet one further step ahead in terms of functionality.

Who’s it for? Anyone who wants to photograph animals. The function is currently optimised for cats and dogs, but we're expecting support for other animals in the future.

What does it compare to? Sony's standard Eye AF.

Why should you care? Sony’s Eye AF for Animals is currently the first and only autofocus technology of its kind. While Sony has led the way in human eye detection, the company has now applied its technology to animals and the initial results are impressive.