The Photography Show 2015: Our highlights

The Photography Show returned to Birmingham this weekend, and we popped in to check out what each manufacturer had on offer on their stand. Read on to see our highlights. 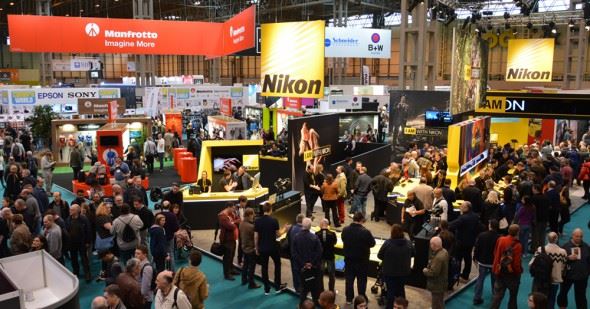 Canon’s stand was the first to greet visitors, and it was consistently swarmed with those eager to get their hands on the new EOS 5DS and 5DS R DSLRs, as well as the ultra-wide EF 11-24mm f/4L USM. 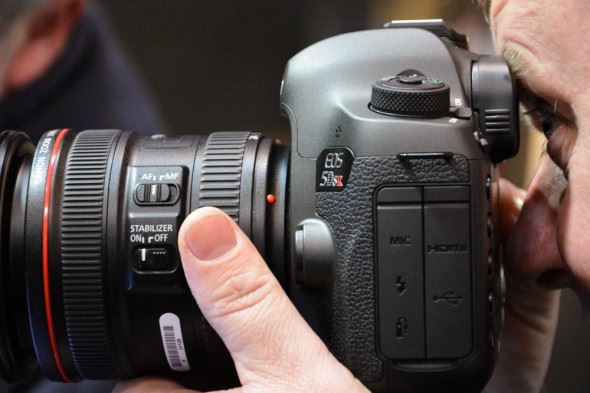 On a different part of its stand, the company featured its new EOS M3 Compact System Camera and PowerShot compacts.

The lens bar once again proved popular, allowing visitors to try out some pro-grade optics on EOS-1D X bodies from up high. 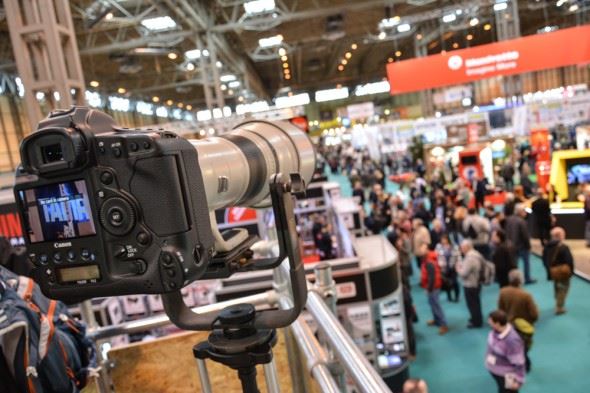 Nikon’s sprawling stand featured the latest D7200 DSLR and P900 superzoom compact camera, in addition to a sample of the D810A full-frame astrophotography DSLR behind glass. 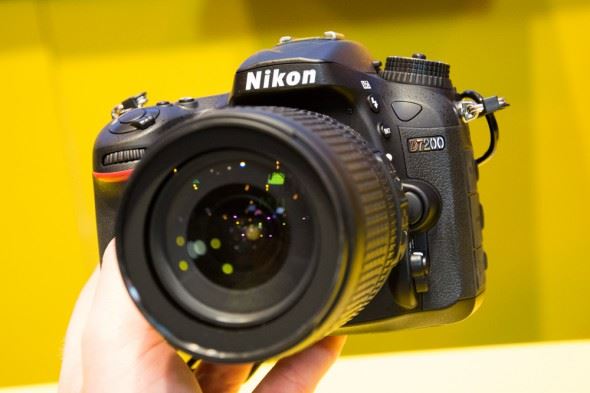 The company also had two of its DSLRs mounted within its robotic arm system, each capturing the scene in front of them and relaying it onto a monitor. 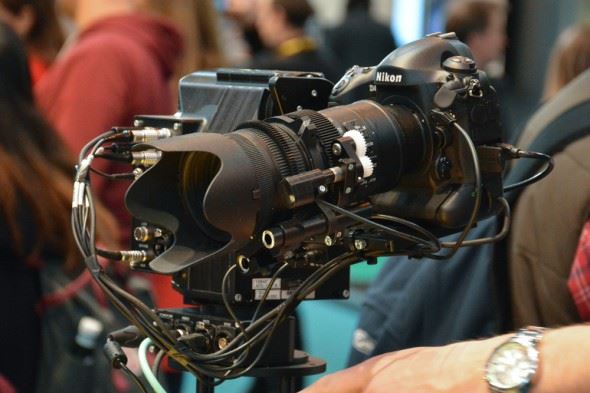 Matching Canon, the company also offered visitors a chance to test out some of its more exotic telephoto lenses on its lens bar. 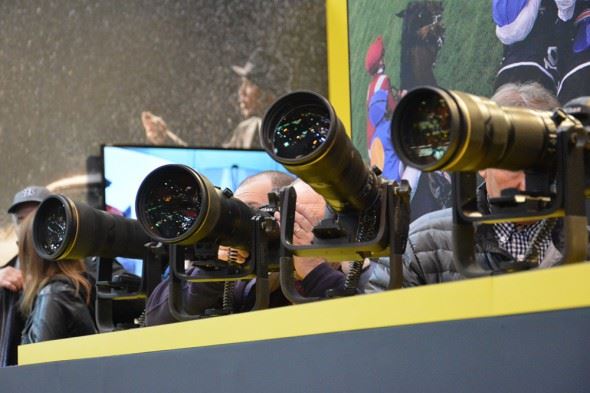 Olympus had one of the most interesting stands at the show, with a variety of performances, tutorials and the latest products. Visitors got a chance to test the latest OM-D E-M5 II Compact System Camera, while pro photographers demonstrated techniques on the central stage. 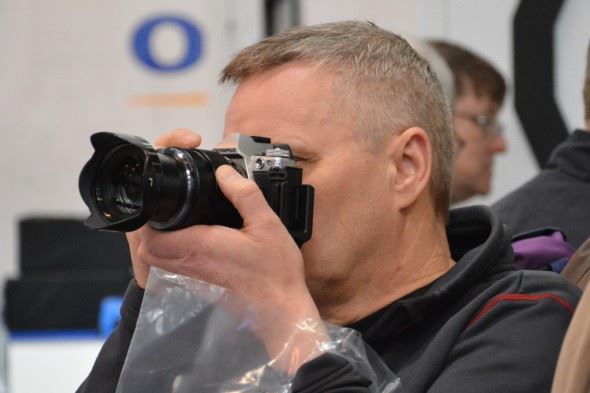 In between tutorials there was also an acrobat and a footballer on stage, giving visitors a chance to capture some action. 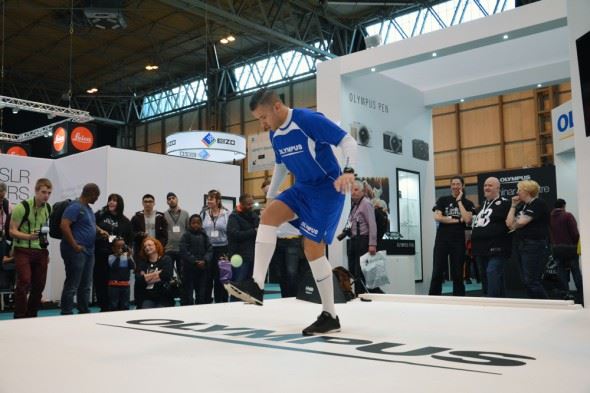 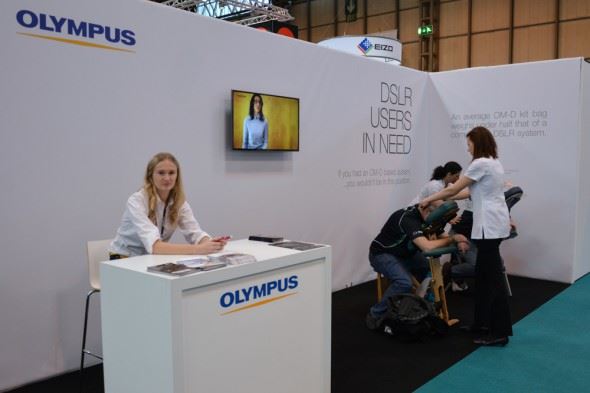 Fujifilm’s permanently busy stand gave people the first chance to see its latest Compact System Camera, the X-A2, alongside its popular X-T1 and X-Pro 1 models and a variety of X-series lenses. 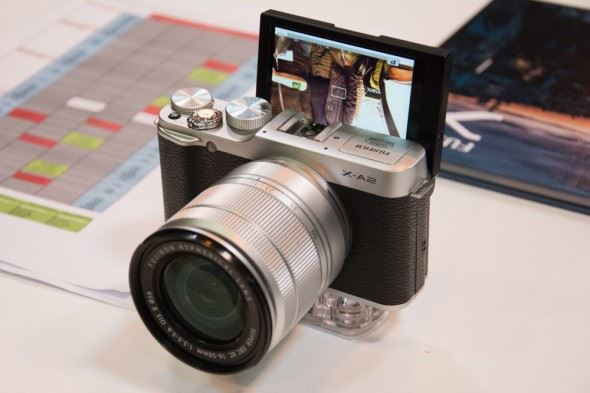 The company’s popular Instax models were also on display in a variety of colours. 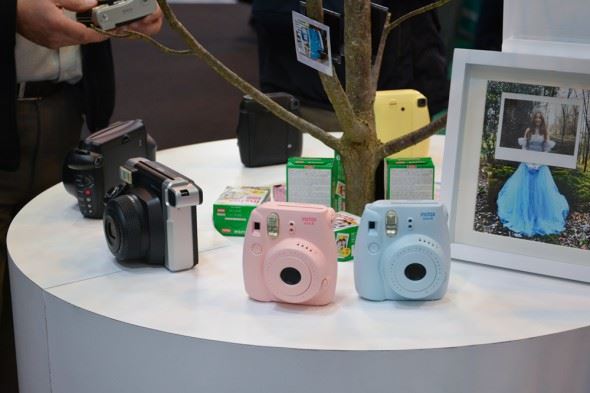 Sony’s central stand showcased the full range of its popular imaging products, from its Cyber-Shot RX100 III and RX1R models to its A7 Compact System Cameras series. 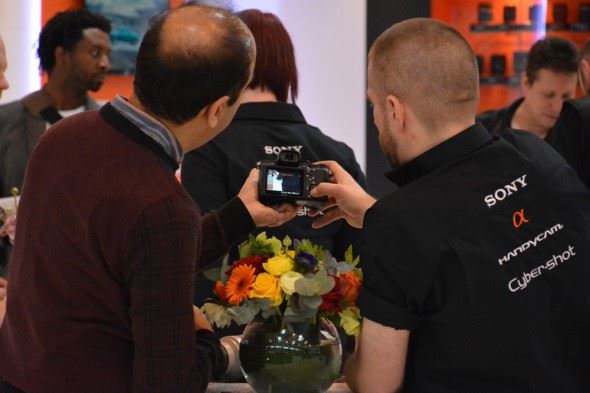 This was also the first opportunity to see the company’s recently announced optics, such as the Zeiss Distagon T* FE 35mm f/1.4 ZA shown below on the new A7 Mark II body. 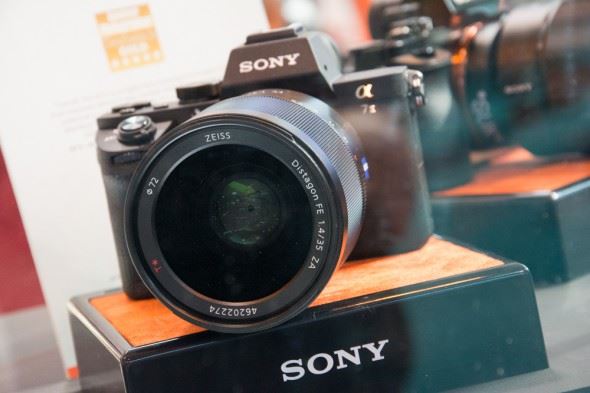 Another new lens on display was the FE 28mm f/2. 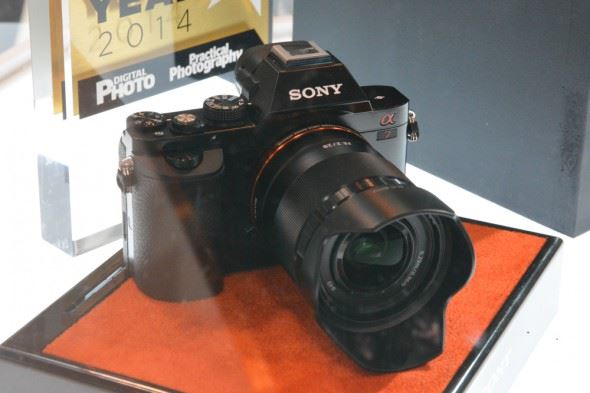 Panasonic has plenty going on on its stand, with a central arena playing host to acrobats and fencers, surrounded by its most recent Lumix GH4, LX100 and FZ1000 models among others. 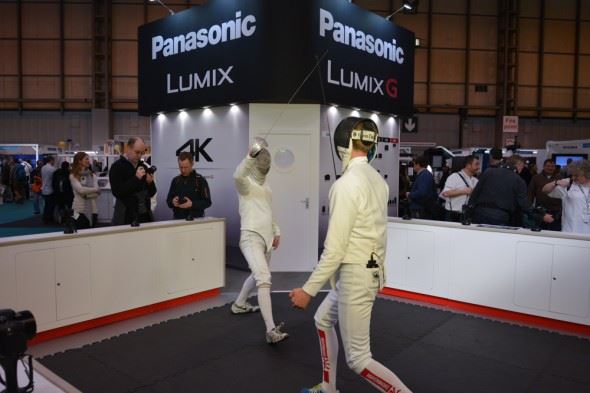 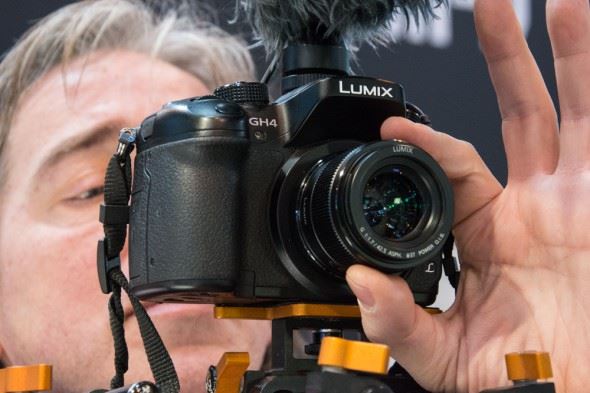 The company also had a stand dedicated to its CM1 Smart Camera, which combines a smartphone running the Android operating system with a 20MP 1in sensor. 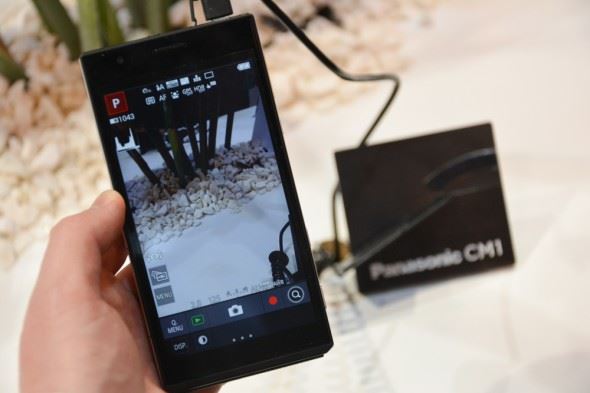 Ricoh Imaging had one of the more diverse stands at this year’s show. It showed off its colourful K-50 and new K-S2 DSLRs in a raft different colour combinations, while cross sections of lenses and other products allowed the more technically minded to appreciate the internal construction of some of its popular products. 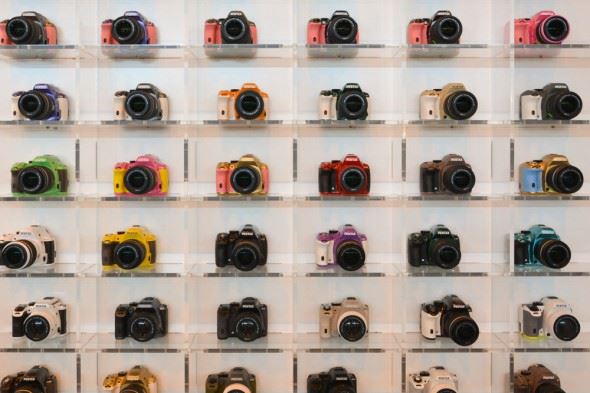 Ricoh also had its Theta m15 spherical cameras and Pentax-branded medium format 645Z models on display, as well as the design of the forthcoming full-frame DSLR. 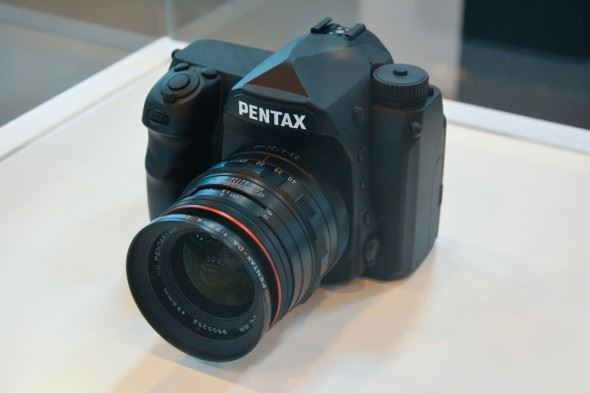 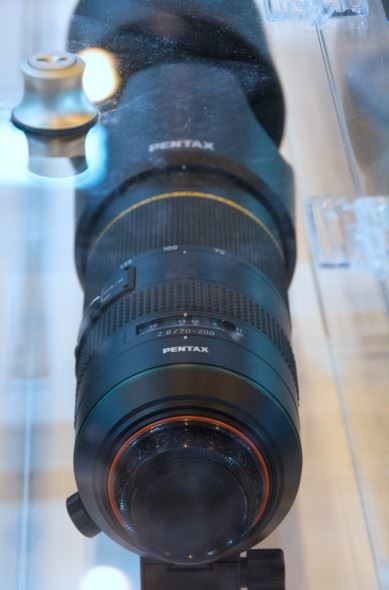 Sigma’s stand featured many of its impressive optics, although it also had samples of its dp range of cameras. Here’s a pre-production sample of the latest dp0 Quattro announced last month.

Tamron had its new 15-30mm f/2.8 Di VC USD optic on its stand, here mounted on a Nikon D700. The lens is set to be available in both Canon EF and Nikon F mounts. 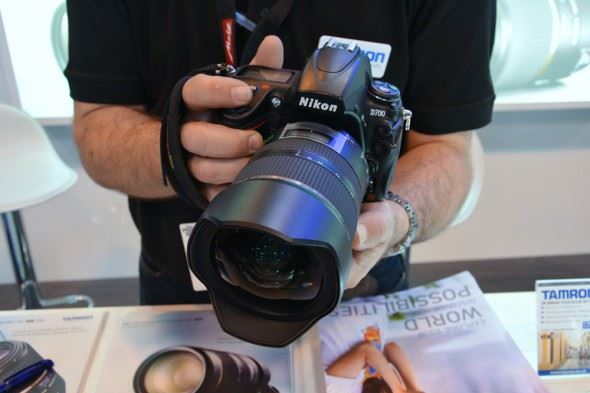 The Photography Show 2014: Our Highlights