Astronomy Photographer of the Year 2016: How to Impress the Judges

The Royal Museums Greenwich’s annual Astronomy Photographer of the Year competition is back for 2016. We chat to judge Marek Kukula to find out what makes for a winning entry 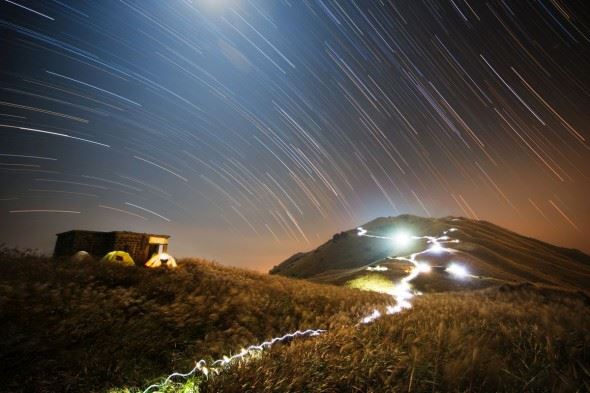 Sunset Peak Star Trail, by Chap Him Wong. Winner in the People and Space category, 2015

Seeing the kinds of awesome images that are routinely entered into the Astronomy Photographer of the Year competition, which opens today, you could be forgiven for thinking something along the lines of “I wish I could do that.”

Well, we have some good news: you can! No, really. Astrophotography has never been more accessible, and by no means do you need an enormous telescope to get a fabulous, competition-worthy picture.

Still, everyone can use a little help now and then, so with that in mind we decided to give you a little leg up on the competition. We’re nice like that. So we got in touch with one of the competition’s judges, Public Astronomer at Royal Observatory Greenwich Marek Kukula, in order to find out what makes for a competition-winning astro image, and how any photographer can get started shooting the stars.

Wex Photographic: So, Marek, how long have you been involved in the Astronomy Photographer of the Year competition?

Marek Kukula: I’ve actually been on the panel since the competition started in 2009. I guess I’m a bit of a veteran now! For me, the nice thing is that over the last seven years I’ve seen not only how astrophotography has been developing and the technology has been changing, but also how the community is becoming more and more creative and varied in what they attempt to do.

WP: What have you seen in recent years that has really stood out for you?

MK: I always really like the category we call ‘Skyscapes’, which is people just with a camera – no telescope at all – taking images that combine an earthly landscape or cityscape with the night sky. There’s endless variety, and every year you think that nobody can top it, and then of course a whole new tranche of photos comes in. 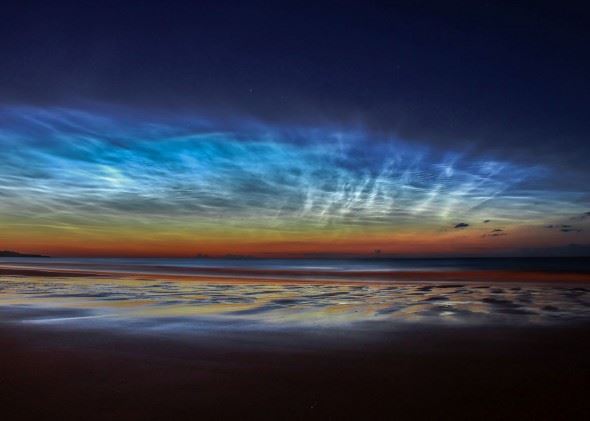 Because of my background as an astronomy researcher studying galaxies, I do always have a soft spot for the ‘Galaxies’ category as well. Taking those kinds of deep space photos is slightly more technical; you do need a telescope, and you do need to have a bit of practice in what you’re doing, but again some of the images are just stunningly beautiful. 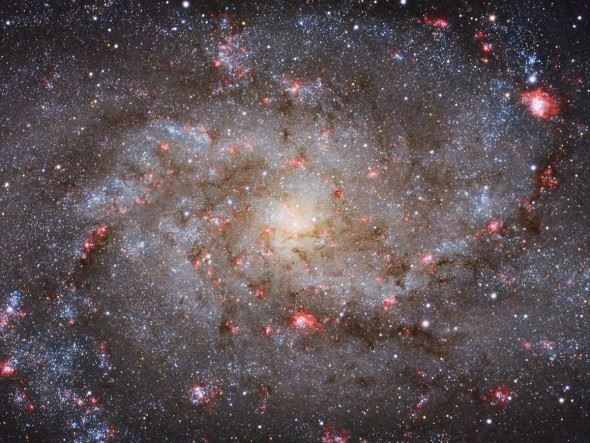 WP: Is there a lot of heated deliberation among the judges when picking the winners?

And yes, we do have quite intense discussions about the merits of different photos. We had 2,700 entries last year, and we had to whittle that down to just over 30 wining images, so it’s quite intense. But what always interests me is that despite that fact that we all come from these very different backgrounds, we often agree on what it is we like about particular images.

WP: What do you personally look for in an entry?

MK: For 13 years I was an astronomy researcher mostly working with the Hubble Space Telescope to study distant galaxies. So one thing that really gets me interested is a photograph that has a nice science story behind it, one that’s illustrating a particularly interesting type of object, astronomical phenomena or physical process. Different types of light emitted by different types of atom under different conditions elsewhere in the universe. 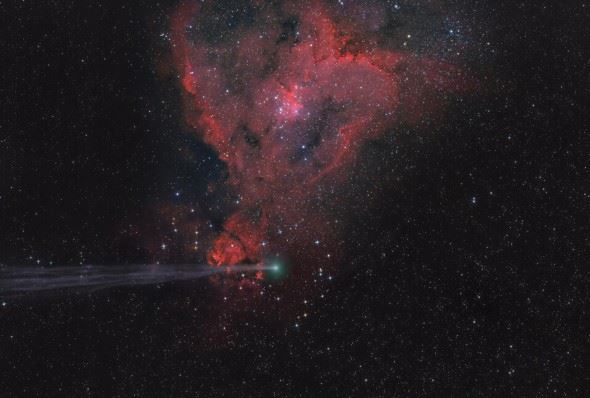 The Arrow Missed the Heart, by Lefteris Velissaratos. Winner in the Planets, Comets and Asteroids category, 2015.

However, having said that, and I think this is true of all the judges, the overriding criteria I use are all about the aesthetics of the image, and it’s really about those pictures that make you sit up and go “Wow, that’s just amazing.” So a good way to please me is to put some science into it, but it’s a beautiful picture that I’m looking for.

WP: Luc Jamet’s winning shot from last year would be a good example of that…

MK: Absolutely, and that one was a unanimous choice. I think it was obvious from very early on in the judging day that it was a very strong contender for the winner. There was something about the colours and composition that just made it stand out for us. It’s a gorgeous picture, certainly my favourite from last year, so I was very pleased that it won. 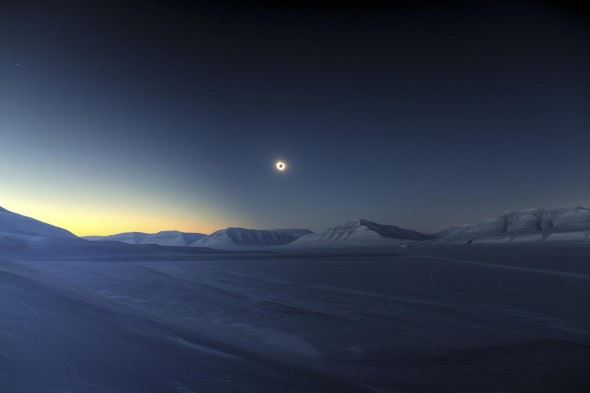 Eclipse Totality over Sassendalen, by Luc Jamet. Winner, Astronomy Photographer of the Year 2015.

WP: So, to this year. Is there anything you’d like to see more of from 2016 contestants? Any particular subjects or techniques?

MK: It’s kind of interesting – one thing we have seen is that each year there’s a particular theme or a subject which seems to spontaneously grip people’s imaginations.

For example, one year we had a lot of entries that had animals in the foreground. There was a lovely one taken on Sark in the Channel Islands by a photographer called Sue Daly, a nature and underwater photographer who tried her hand at astrophotography. Sark is famous for having no cars, so the two modes of transport are bicycles and horses, and Sue took a wonderful picture of a bicycle leaning against a gate and horses in the field behind silhouetted against a starry sky. 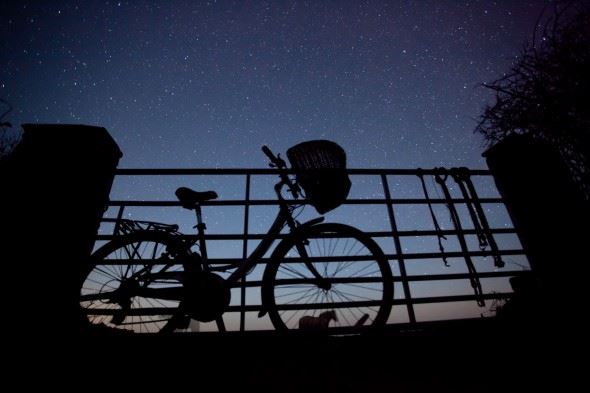 Local Transport Under the Stars, by Sue Daly. Shortlisted image, 2013

That year there were a lot of images with animals in – one with a crab claw silhouetted against the sky, and one with a moose, which I remember was very popular with one of the judges. I don’t know why, but he seems to have a thing about moose. There you go! Free tip!

While every year we do get these themes emerging, people will also take pictures that really surprise us. In 2015 we had two really original submissions. One was a picture of the star Sirius, the brightest in the sky. It’s a brilliant white colour, but as the atmosphere thickens and refracts its light it can sometimes flash different colours – red, blue, orange, yellow. How do you show that changing colour in a photograph? The photographer waved his camera round and in a long exposure traced out a looping line that changed colour as Sirius did. I loved that – it’s a really beautifully simple demonstration of a physical phenomenon. 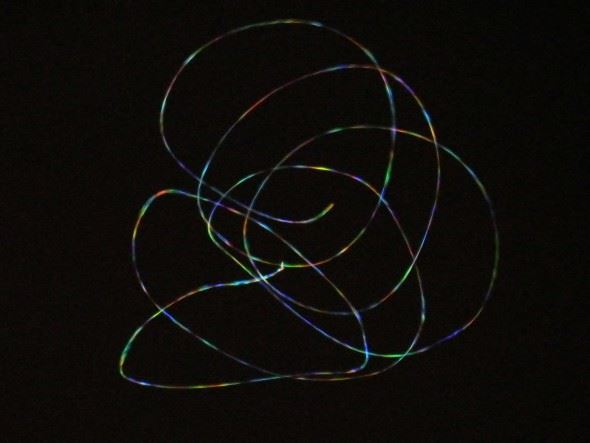 The other was a wonderful six-month pinhole camera exposures. The photographer had fixed the pinhole camera to look towards the horizon and just left it there for six months. Every day the sun traced a curve across the sky, and over the six months that curve got higher and higher, creating a beautiful series of curved lines. That was an analogue picture that had been scanned, and of course most of our submissions are digital.

We liked that this was harking back to the very early forms of photography, making the point that photography and astronomy have been extremely closely intertwined right from the start. A lot of the biggest advancements in photo technology were actually driven by astronomers who were trying to push the technology in a way that would make it useful for their science. So that was a really nice concept, I thought. 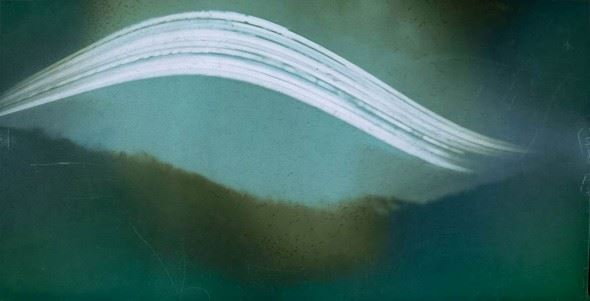 Solargraph – Six Months, by Chris Bakley. Highly Commended in the Our Sun category, 2015

WP: Conversely, is there anything you’ve seen too often? Any subjects that have been done to death?

MK: It’s not been so common in recent years, but we did have a spate of people submitting what I’d call glamour shots.

WP: … as in proper glamour shots? With a model?

MK: Yep. That was rather odd. I would never tell the photography community not to submit something – do whatever you want – but none of these really worked. I think it was because the focus was always on the model and the stars were always in the background. And this is a competition about space.

Also, it gets cold at night. Looking at these shots I was always thinking: “Isn’t she cold? Wrap up or you’ll catch your death!” As I say, I would never tell people what to photograph, but glamour shots are something that won’t really work well with the judges.

WP: What would be your advice for someone entering the competition for the first time?

MK: I think what people will find is that it’s not as difficult as you might think to get started in astrophotography. Modern digital cameras have all sorts of settings that deal with low light, and what amazes me is that now even smartphone cameras are so good that they can take a decent basic astro shot.

So my first piece of advice would be to get out there, look at the sky, familiarise yourself with it and just start experimenting. Play around with the settings on your camera, see what kind of photos you can take. A very simple starting point is to put your camera somewhere stable – on a tripod or on a wall – and do a long exposure for several minutes. You’ll start to see the stars draw out lines as the Earth rotates. Star trails, we call them.

What we find though is that whether you’re a pro photographer or a complete amateur, it’s actually quite a level playing field. Astrophotography is so different from what photographers normally do that amateurs have just as good a chance of taking a nice photo as a pro does. It’s not so much about the technical skills, it’s about your imagination and your ability to spot a really beautiful shot. Having that eye for a beautiful picture – that’s the thing that’s going to win over the judges. 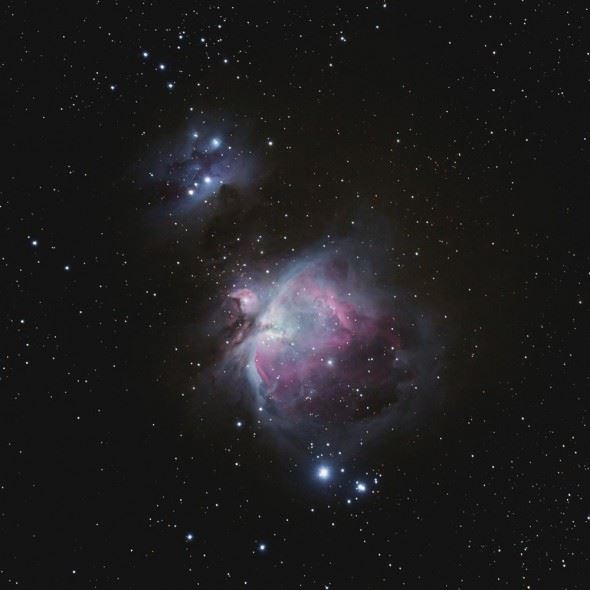 Marek Kukula is Public Astronomer at the Royal Observatory Greenwich. Astronomy Photographer of the Year 2016 opens for entries today. Head to www.rmg.co.uk/astrophoto to see more and enter an image.