We loved this clever macro shot from last year’s #WexMondays runner-up Mark Horton, and had to find out more 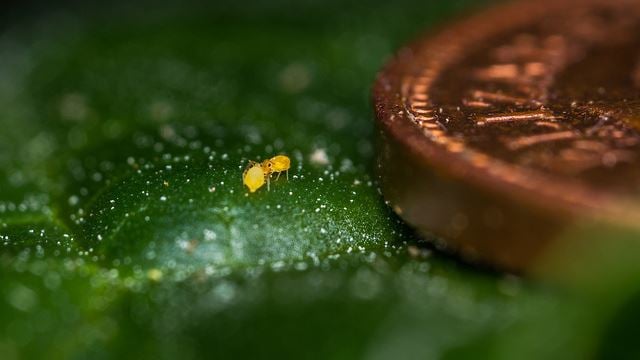 Regular players of our weekly Twitter competition #WexMondays will no doubt be familiar with Mark Horton, whose superb macro images make regular appearances on the shortlists and leaderboard.

He took a well-deserved second place last year, and is continuing to put in a strong showing this year with shot after shot demonstrating technical panache and a flair for artistic composition.

It’s always a treat to talk to Mark about the craft of macro photography, and we were blown away by a shot he shared a few weeks ago, titled “A Sense of Perspective”, in which he cleverly uses a penny to demonstrate how truly infinitesimal his subjects are. Intrigued, we got in touch to find out more about how Mark created this particular shot. Read on for the story behind the image…

“This shot shows a pair of Deuterosminthurus pallipes globular springtails, in the midst of their courtship ‘dance’, where the male and female interlock their antenna and move around in a circle, head to head.”

“Globular springtails or ‘globbies’ are tiny invertebrates, not insects but a separate family of hexapods. Springtails are well-named as they escape danger by using a special ‘spring’ called a furcula that is held against the underside of their abdomens. The speed with which they leap is incredible – they are out of sight in milliseconds. Even if you’re shooting at multiple frames per second, they will be in one frame, and gone the next.”

On the idea to use the coin for scale

“As globbies are not necessarily well-known to most, I always try and give the size of the individuals. They range somewhat in size, from the biggest species at about 3mm down to the smallest which is about 0.25mm. That scale is difficult to grasp sometimes, especially when photographed at high magnification, they can appear quite large in the frame.”

“I wanted an object that would fit into a shot and still be recognisable, and that people would know its size instinctively. A shiny penny seemed a good fit for that, and also had the bonus of a nice colour contrasting with the dark green of an acanthus leaf. I much prefer to capture my subjects in a natural setting, but the introduction of something so familiar and everyday into the frame makes it clear that you’re looking at something so completely on another scale.”

On spotting globbies in the wild

“To be honest, this particular species, despite its small size, even compared to other springtails, is actually a little easier to find than other globbies. My globby hunting is mostly restricted to the winter months, as they prefer darker, wetter spots. They are a great macro subject when most invertebrates are sensibly over-wintering, though it does mean rooting around in leaf litter and under rotting wood.”

“The Deuterosminthurus pallipes seen here though are most active when the sun is out and warm – they arrive in late spring in great numbers, on the surface of plant leaves. At a glance they blend in among the pollen, and it’s only if you stop and look closely that you’ll spot a few grains of pollen moving with a purpose. Then you start to appreciate the behaviours, the courtships and running battles, much like any other species.” 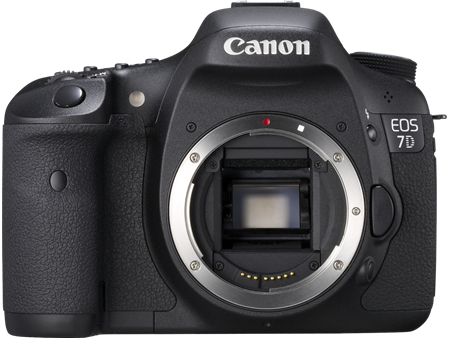 “This was taken with a creaking old Canon 7D, and a Canon MP-E65 dedicated macro lens, with lighting provided by a small Canon Speedlite 270EX II flash, mounted on a handmade front-mounted bracket to keep the flash over the end of the lens.”

“This wasn’t at the full 5x magnification that the MP-E is capable of, as I wanted that slightly wider shot for this particular shot of course. Even not at full zoom, the depth-of field is incredibly shallow, a 0.5mm globby will still only be partially in that field, so care is needed to make sure the eye is sharp, as should always be the aim.”

“With tubes and added macro attachments I have taken shots at 10x magnification. At that scale it almost becomes mandatory to focus-stack images, and it certainly required a tripod! The globby shot was handheld though, like most of my shots. The freedom to track moving subjects is vital for me, as invertebrates are usually unwilling to accept directions from the photographer!”

“There was not a huge amount of post-production: a crop for a composition I liked more, and basic Lightroom changes to contrast and highlights (the yellow form of this species tend to really reflect the flash and needed some reduction in highlights so as not to lose the details of the setae and markings).”

Mark Horton is a wildlife photographer specialising in the tiny and unseen. You can see more of his work on his website, and you can also follow him on Twitter.