On the bottom of the world, Richard Inman takes a shortlisting image. He tells us the story 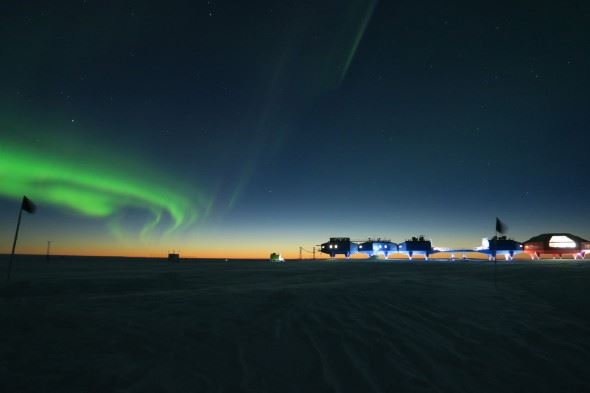 Sometimes you’re just at the right place at the right time for a spectacular shot to come along. Of course, not everyone is willing to make that place Antarctica.

Richard Inman is one such person, and his shot of the Aurora taken from one of the world’s southernmost points ended up garnering him a shortlisting for the Insight Astronomy Photographer of the Year competition.

It’s a spectacular shot, and we wanted to know more. Read on for the story behind the image…

On ending up at the bottom of the world

“I’ve previously worked with a British Antarctic Survey. I went to a spot called King Edward Point – that was about six years ago. I also did a two-year stint on South Georgia, which is another awesome spot for photography.”

“I got home to another job, but I just felt the need to come somewhere nice and peaceful again. I thought I’d like to come back to Antarctica this time, because while South Georgia is sort of sub-Antarctic, you can’t really call it Antarctica. So I came down to Halley [Research Station] to properly experience the isolation of living on an ice shell.”

“I think it’s 114 days in total we’ve gone without seeing direct sunlight. But the days do get lighter – we’ve got something like twenty or thirty minutes a day at the moment – so you do steadily notice it getting brighter and brighter. It’s quite tough on the old body, this 24-hour darkness!”

On seeing the Aurora

“It was by chance. It was pretty early on in the season, we were having a sort of igloo christening. We’d just come out of our igloo and this Aurora was going on right over our heads. It was the first time most of us had seen an Aurora, so it was absolutely gobsmacking, and it just went on for hours and hours.”

“My camera is a compact camera – it’s not an SLR or anything. I think it’s a Canon G7 X. I bought it because it was recommended to me by a mate who’s big into photography, and it’s meant to be good for taking night shots. So I just stuck it on night scene mode, put it on my monopod and took lots of shots.”

“It was slightly windy, but it wasn’t shaking too much. You can see on the photo that the flags are whipping around; you can see the motion in them.”

On shooting in the freezing cold

“It is quite awkward. It doesn’t take long for your hands to freeze when you take them out of the gloves to operate a camera. You get quite dextrous with a glove on, you can feel your way around the dial, but if you take your hand out to touch the camera in -40° then you get cold burns pretty quickly. It’s a nightmare warming your hands up again!”

Life in the Antarctic

Richard sent us a few more pictures from his time at Halley Research Station, which make for pretty stunning viewing. Take a look below – rather him than us! 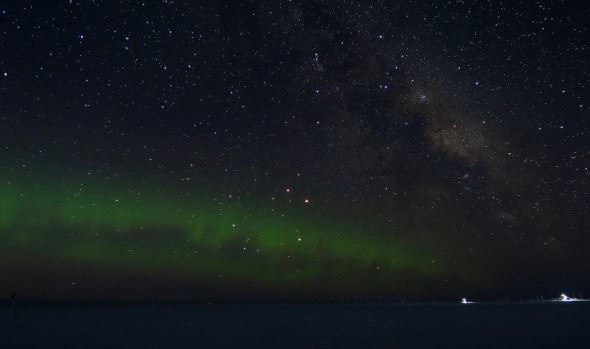 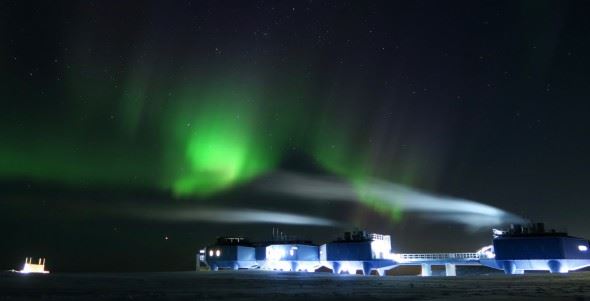 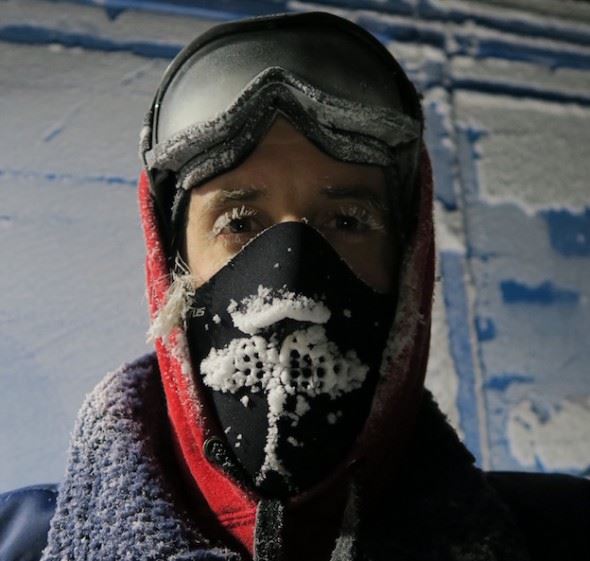 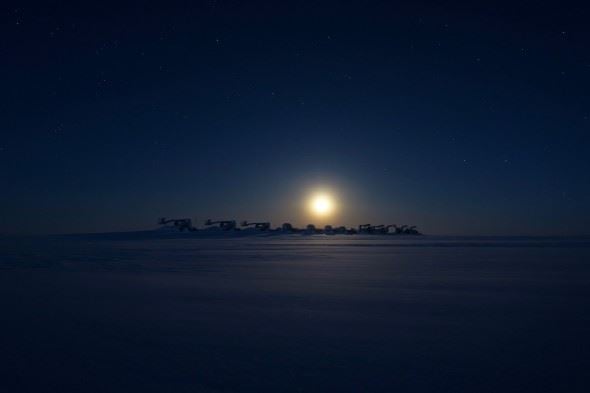