Finding the humanity | An interview with Shelby Alexander

Wex’s own Hannah Rooke chats with Shelby Alexander on the secrets of street, photographing drag queens, the joy of film and more 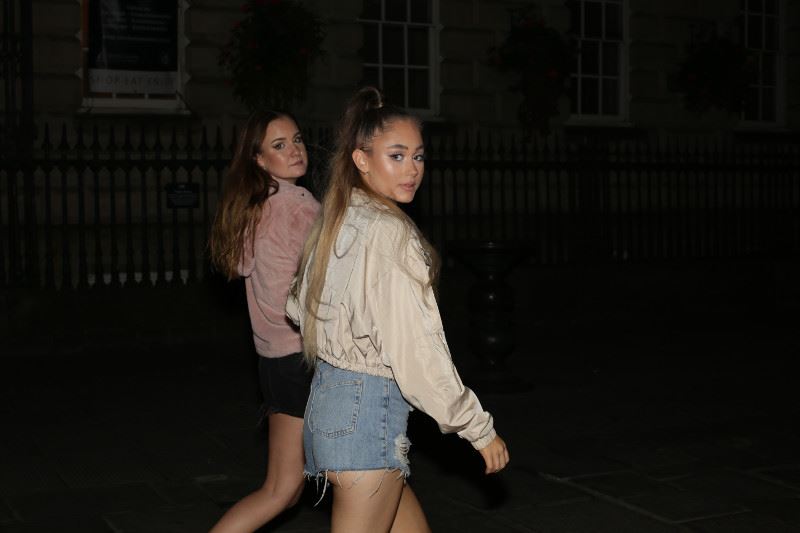 All images by Shelby Alexander

Despite the fact that it's pouring with rain the day I meet Shelby Alexander outside The Social in Bristol, we choose to sit outside in the sheltered garden, lattes in hand, ready to discuss her photographic career.

Although you wouldn’t believe it from her accent, Shelby grew up in Adelaide, Australia, where her love for photography first started to form.

“I was 8 when my parents gave me my first camera. It wasn’t something I’d never asked for, so it was a really bizarre present,” she says. “It was an old Kodak that had this weird disk film they never made for any other camera. It was quite expensive to buy but I was the only person I knew who had one, and it was exciting!” Right from shooting her first roll of film, Shelby loved the anticipation of taking it to get developed then having to wait a week to see the photos. Having started her career with her pets as subjects, she quickly moved on to family, then friends, and without even knowing it she then documented her first photo series about life in Adelaide.

“I moved from Australia to England when I was 11, so it’s nice to have those memories from then. I don’t have an accent anymore; I went to a private school, but they didn’t really take to it. I can do it on demand though!”

It wasn’t until Shelby was in the first year at her school to be offered GCSE Photography that she ever really considered it as a career. Like all good photographers, her early work was slightly questionable, and only through practice and hours spent behind the lens did Shelby get to where she is today.

“I was crap, like, seriously crap. But I really loved it. I loved being in the darkroom. I loved processing and printing but my photos were rubbish. I look at them now and notice how bad my compositions and exposures were but I was still experimenting then.” 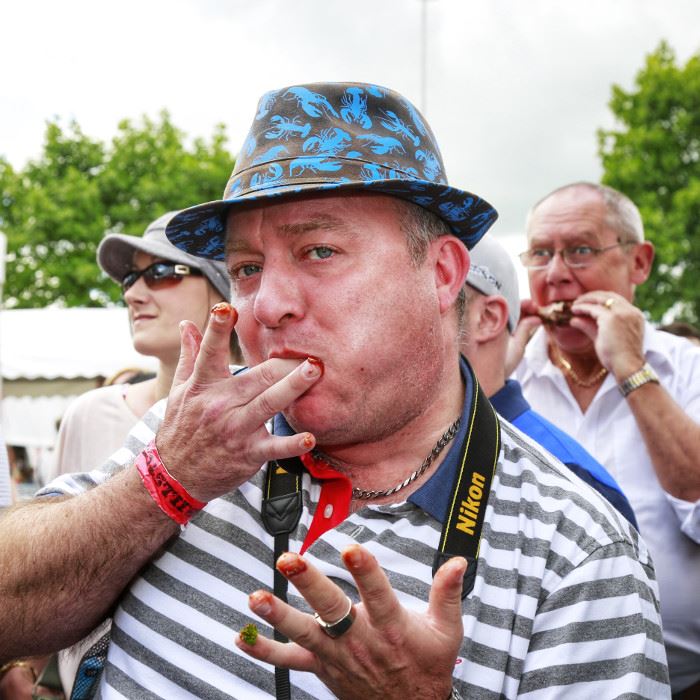 Having persevered through awful photos, wasted film and failed projects, Shelby enrolled at Filton College to do an HNC in photography. “My parents really pushed me to be academic; they wanted me to be a doctor or a lawyer, but both me and my sister are arty so we both went down the creative route. My brain just doesn’t work that way!”

From college, Shelby went on to study photography at the University of Wales in Newport. She entered the Ian Parry Award in her final year (her first ever competition) and came fourth for her project on child beauty pageants in America. Although the entire project was shot on a medium format film camera, she begrudgingly sold it to pay for her Canon EOS 5D Mark III (something she regrets to this day). By this point, photography had become somewhat of an “obsession” for Shelby who was adapting to the digital life as a self-confessed hater of editing.

“I find sitting in front of a screen does my head in, and I think it bugs me because I know I can do it quicker in the darkroom,” she says. 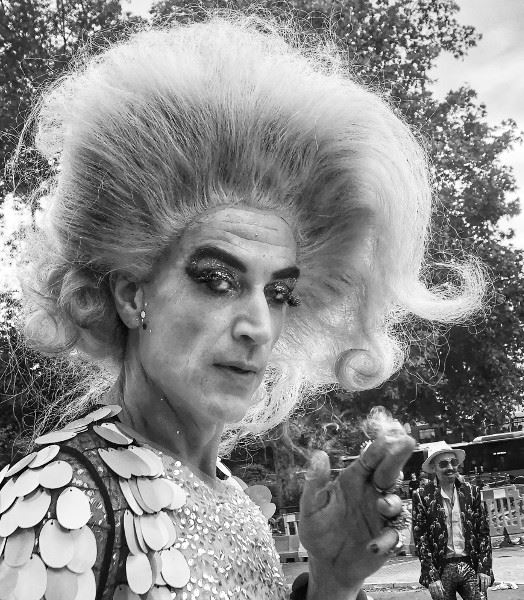 Luckily for Shelby, her work needs little editing. It’s all about raw human emotions, connecting with her subjects and telling a story. She is currently working on a project documenting drag queens and their backstory, which she will begin exhibiting in February.

Shelby first developed a love of drag queens through one of her biggest influences, photographic icon Diane Arbus. Arbus was well known for her work photographing and accurately representing marginalised groups. Shelby has taken on a similar role of an educator and is working towards normalising drag queen culture, with the hope people will start to show more respect and treat drag queens like the “creative, amazing individuals they are”.

“It’s all about the stories and the people behind drag queens. Often when people see them, they get really intimidated or really giggly or touch them like they’re commodities. I’ve loved drag queens since college but when I first started in wasn’t acceptable to take their photos. I tried getting into nightclubs but was turned away and told I wasn’t welcome by the bouncers and door staff.”

Since RuPaul burst onto our screens, bringing fabulousness and body positivity with them, there has been a much more open-minded, mainstream view of drag queens. No longer is it an act exclusively for the LGBT community, but an expressive form of art loved by the unprejudiced and unapologetic. 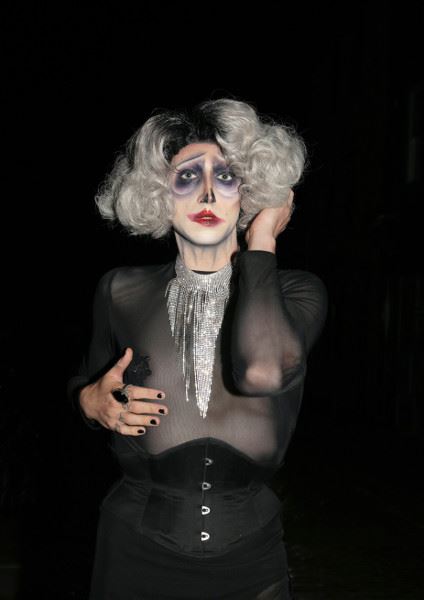 Another project that lies close to Shelby’s heart is her most recent project on single parenting, or specifically, being a single mother. When Shelby was in her early thirties, she put her photography career on hold to raise her two children, now aged 12 and 14.

From a personal point of view, this project is an opportunity to reflect on how lonely that time was and give other mums a chance to open up about it.

“Once you’ve started building a relationship, you can start taking pictures. If I’ve gained their trust, I can leave a shoot, assess the pictures, and if they’re not what I need, go back and take more. It’s all about building a story around what you want to say.”

Shelby takes the same informed, humanistic approach on the street, showing a level of compassion and understanding for those she is photographing. “There’s a lot of judgement that comes from street photography. So often people probably wonder why I’m looking at them but it’s because I think they’re beautiful and interesting. I’m never looking at someone in a negative way, it’s more of a wow at what they’re wearing today.” Whether she’s stopping people to take a portrait or discreetly capturing a fleeting moment, her intentions are always good. This is what she had to say when I asked about her favourite street photo…

“That’s hard, I didn’t prepare an answer! I did take a really good one outside a night club in Brighton for an LGBT event called ‘Polyglamourous’ where people were sprawled on the pavement outside. But I’m always looking for that one perfect moment that pulls all the elements together – composition, emotion and humour. Saying that, I did take a photo last Sunday in Wales which might well be my favorite one so far.”

Alongside restarting her photographic career and raising two children, Shelby somehow finds time to run workshops and teach privately, and has recently written her first article using her expertise on drag for Bristol 365. She also recently took to the streets of Bristol in celebration of women in the industry for a Wex Photo Walk, where she talked about composition, stopping people in the street and looking for that decisive moment. 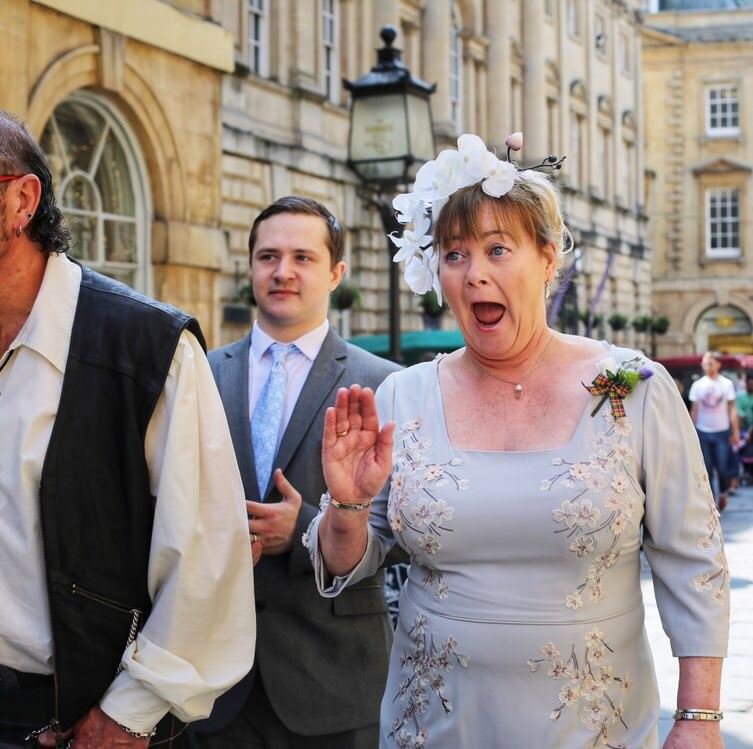 Shelby’s career has had its ups and downs. She’s fought against misogyny in the industry, formed lasting relationships with her subjects and even had one of her photos critiqued by Bruce Gilden – “He said: ‘I like the face, I don’t like the picture.’”

Shelby’s work is colourful and kooky, she doesn’t take herself too seriously and this calm, collected way of working spills into her photography.

If you would be interested in attending a photo walk or seminar with Shelby, we’d love to hear from you. You can contact us on [email protected]

For more events, head over to our event page where you can find our full schedule.

Beneath the waves | An interview with underwater portrait photographer Lexi Laine