Few know sports photography like Bob Martin. We met up with him to talk photography, gear, the future and more... 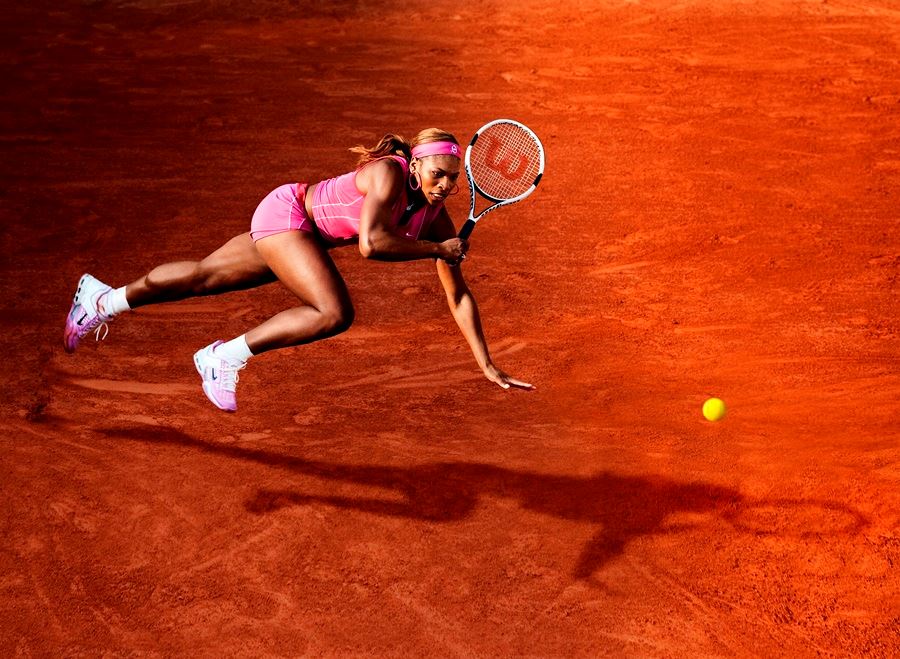 All images by Bob Martin

A multi-award winning sports photographer, Bob Martin has enjoyed an illustrious career capturing the world’s major events, spanning more than 35 years. Three times he has been awarded the prestigious title of British Sports Photographer of the Year, and in 2005 he took the World Press Photo Sports Picture.

Widely published in titles including Sports Illustrated, Time, Newsweek, Life, The Sunday Times and The New York Times, Bob has thoroughly cemented his position as a professional at the very top of his game. Accordingly, Bob was appointed Photo Chief at the London 2012 Olympics, and was a consultant for photographic matters at Rio 2016. He is currently helping the International Olympic Committee with their plans for Tokyo 2020.

We caught up with him to discuss his photographic journey, career and favourite gear…

Wex Photographic: Tell us about how you first got into photography?

Bob Martin: At school, photography was my hobby. I liked the darkroom side of it most; I really enjoyed developing and printing my own black and white images, it was fascinating to me. I was a nerd who liked the processing rather than the actual picture-taking, before my photography skills grew. It then developed into a career, much to my father’s disgust.

WP: Do you have a single moment you think was a turning point in your career?

BM: I don’t think there’s any one single moment that made me realise I’d become a photographer. I’ve always had to work hard at it – I don’t think I’m a particular natural or something like that. I’m just a bit pig-headed and I work really hard.

WP: What do you consider your greatest photographic achievement?

BM: Still being employed. In this day and age, it’s very difficult to recommend a young photographer or someone at college to continue doing stills photography because the editorial market is very much in decline.

When I talk to students I sometimes feel a bit guilty recommending them to come into this profession. So I say to them: “If it’s your total passion, and you can find a way to make a living at it, it’s a good thing. But if you’re going into it because you think its trendy, find another career.”

WP: How do you feel your work or photographic style has changed over time?

One example I’ll give you: I’d be photographing a young Linford Christie running towards me, and if I got a really nice tight frame of him with both feet off the ground, then I’d be delighted. Back then it was about the skill to capture the moment. The cameras we were using were Nikon Fs with 3fps shooting and motor drives that jammed all the time, and we were manually focusing long lenses that only had a sliver of depth of field. Because of this, most sports photographers over 40 years old were rubbish, because their eyes had gone like mine have now.

Then along came the technology that has engulfed this marketplace. You’ve got autofocus, auto-exposure, auto-flash and god knows what other toys. Autofocus was definitely the biggest one for sports photographers – to start with it was just ok, then it got better than we are, then it got fantastic – luckily for me this was just when my eyes deteriorated. That has levelled the playing field to a degree – I could now teach a monkey to photograph Linford Christie with both feet off the ground.

WP: What’s the one piece of advice you’d go back and give your younger self?

BM: For the first part of my career, all I tried to do was to take as good pictures as the other photographers, and move on.

What I should have been trying to do was be different and unique. Because, as we mentioned earlier, the editorial marketplace is a dying (or at least a shrinking) world. Unless you are different, with a distinct look and feel that’s unique to your pictures, you’re not going to survive as an individual.

So I’d say, if I had realised how important it was to be different from the crowd earlier on, I’d have developed into a much better photographer. 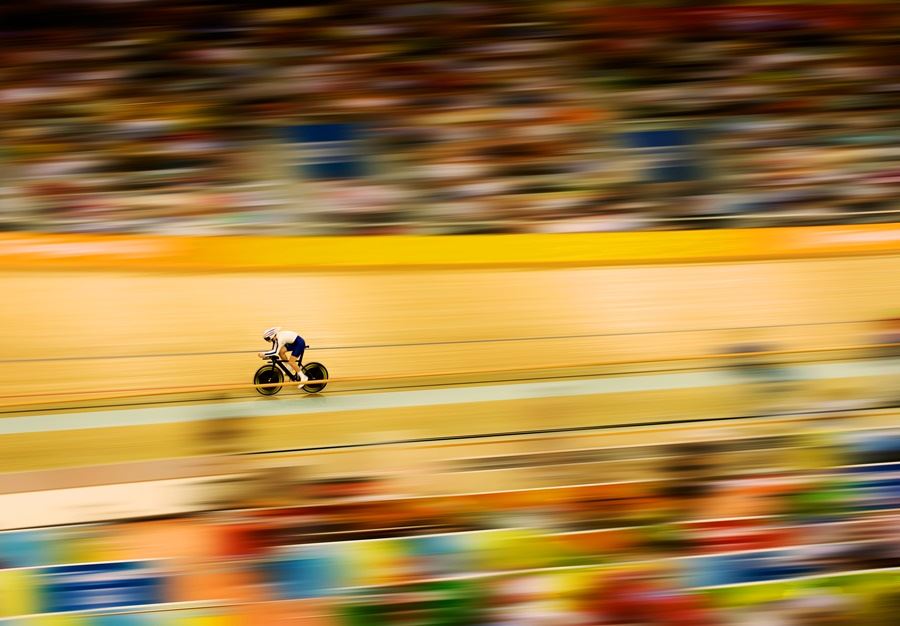 WP: What aspect of being a professional photographer do you find the most challenging?

BM: The most difficult thing about being a professional photographer, I think, is patience. On a dull miserable day, at a dull miserable event, it’s difficult to motivate yourself. The only way you get good pictures is to take them, and in my case at least, to work really hard at that. Try again.

At every event I go to, I work, and work, and work at it. Sometimes I don’t work as hard as I should, but the more you work at it, the better the pictures you get. Some people get a brilliant picture in the first five frames they shoot and then relax, but I can’t do that. I might think “Christ, that was a good picture,” but I have to keep trying to better it.

So at every sports event I go, until the final whistle, until the final moment, until my final chance to take a picture, I’m still grafting and I’m still trying to get that next shot. I’m continually trying to evolve my images. Doing this means you’re concentrating more, you’re thinking more. You might change where you're sitting, you might tweak a setting, might move a bit for a different angle or try a different technique, but you keep pushing to try and improve the picture you’ve taken. Even on the day you shoot the greatest picture of your life, you should try and take a better one immediately afterwards. That’s difficult to maintain.

WP: What would your dream shoot be?

WP: What single piece of photo gear could you never part with?

BM: That’s difficult because it evolves. I’m a nerd with my camera gear: I love my cameras and I’ve got far more gear than I need to do my job. I always want to have the latest piece of kit, so at the moment the one lens I really love, and am playing with all the time, is the latest Nikon 105mm f/1.4.

It’s the most fantastic thing; it’s incredibly sharp and the falloff from it is amazing. I thought that lens would be a great toy with which to shoot action – a short lens, but with a long lens look thanks to having everything falling off so much. It doesn’t autofocus as fast as I’d like, so I’m having to manually focus it a lot, but it’s still adding a new edge to my photography.

WP: What or who are your greatest influences and inspirations?

Tony Duffy was the guy I first worked for, and he helped form Allsport before it became Getty Images. Then there are colleagues of mine like Simon Bruty and Chris Cole, who was perhaps the most naturally talented sports photographer ever. There are other photographers I look at all the time – Simon Stacpoole, he’s a younger photographer who works for Mark Leech. I saw a portfolio of his pictures the other day and I thought “Wow, he’s really got something.” All the time I’m looking for something to drive me on, another idea or twist.

WP: How do you continue to maintain your passion for photography?

BM: There’s a really great American photographer that I should have mentioned in the last question: Walter Iooss. He once asked me “How do you keep going when you’ve been at the top of your game for so long?”

I think you have to keep reinventing yourself, and I’ve achieved that through more luck than judgment. I’ve changed who I work for, I’ve changed in which way I work – for a period I was managing a team of photographers, for a period I worked as the photo chief for the London Olympics. These changes in how I’m working keep me motivated and keep me going.

Now, if you’re an art director who’s looking for a photographer and you're looking to discover new talent, you’re not using me. You’re using a young gun who has just arrived on the scene. But some of them want to use people with experience, someone who knows it and has been there and done that, and that’s what I am. I accept that’s what I am, and I try and be the best at that that I can. As long as that continues, I’ll keep working. 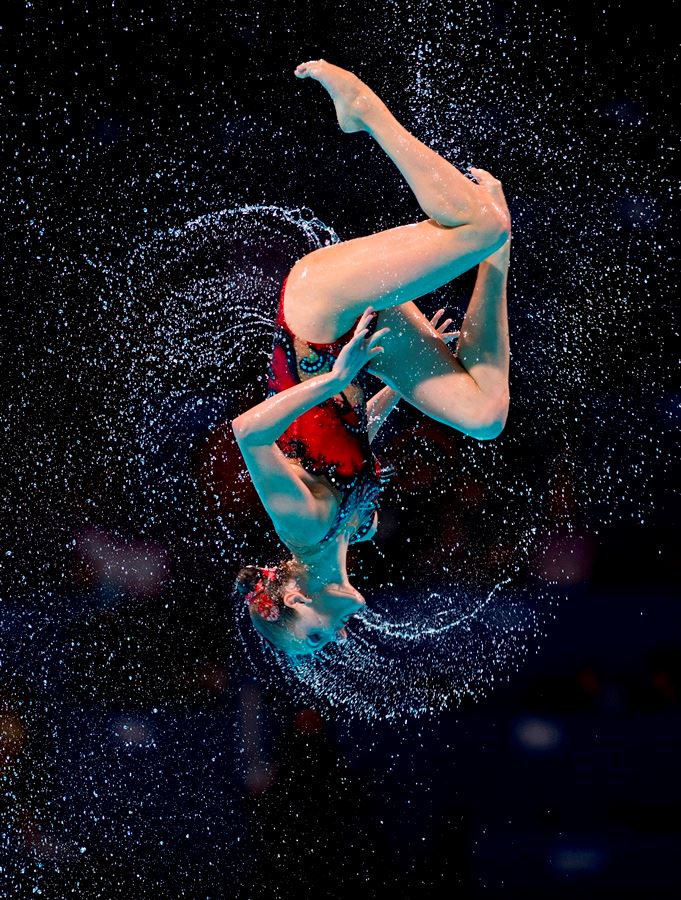 WP: If you weren't working as a photographer, what else would you have been?

When I was young at school I had this vision that I’d be a vet, that I’d go to university and I’d try and do veterinary science. I looked at it though, and realised how much studying I’d have to do (I’m mildly dyslexic and not the brightest in the world), and came to the conclusion it wasn’t for me. I think I’m only fit to be a photographer and not much else I’m afraid.

WP: If you could change one aspect of the photographic industry today, what would it be?

BM: I wish the internet had found some way to present stills in a marvellous way. I think the sad thing about this business is that my love is editorial photography, but I shoot now mainly commercial and promotional stuff for sponsors, manufacturers, event organisers because they’re the only people who will employ a photographer who wants to work at the absolute top of sports photography.

The editorial world can’t finance the people at the top of the game; they won’t pay the day rates necessary for them. In the early days, the picture on the front cover of a magazine or newspaper would help sell it. Now, as newspapers slowly go smaller and smaller and the internet takes over, I haven’t really managed to find any way that the internet really presents photography beautifully.

When you see a picture on the wall at an exhibition or during an audio-visual it’s a marvellous thing to see. But on the internet generally it's “Oh, look at that one,” before you press a button and move on to the next image. There are very few ways of really showing what I love doing to a really great level. I’d love somebody – some rocket scientist working on the World Wide Web somewhere – to come up with a way to really showcase stills again.

From Olympian to Photographer – Nick Dempsey