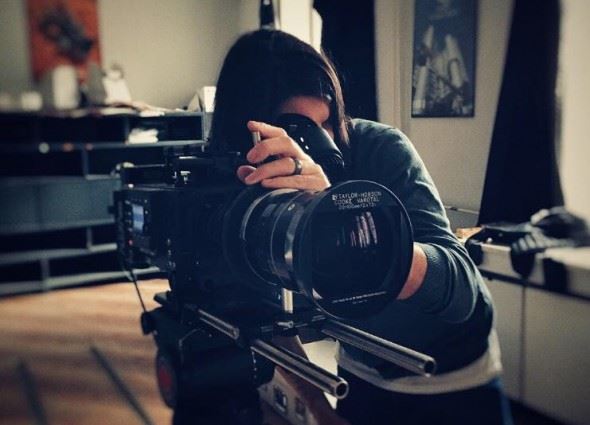 Andrew hard at work on set

You may well be familiar with the notion of a film’s cinematographer, or a director of photography (DOP) as it’s also known, but have you spared much thought as to what one actually does?

A cinematographer’s job, essentially, is to allow the director to realise their vision. Directors and writers will have ideas of what their films and TV programmes should look like, but may lack the technical vocabulary and nous to make this a reality. A cinematographer’s job is to provide them with this.

We wanted to learn more about what it’s like to do such a job, so we got in touch with working pro cinematographer Andrew Rodger. Having directed the photography of films small and large, Andrew has a wealth of experience in helping directors and writers get their stories from mental images to actual images. Indeed, when we catch up with him, he’s just finished a day of doing exactly that.

“I’m in Bulgaria, in a studio called Nu Boyana in Sofia,” Andrew tells us over the phone. “It’s massive – probably bigger than Pinewood – on the side of this mountain that’s got about eleven or twelve massive soundstages on it. It’s pretty cool place!” 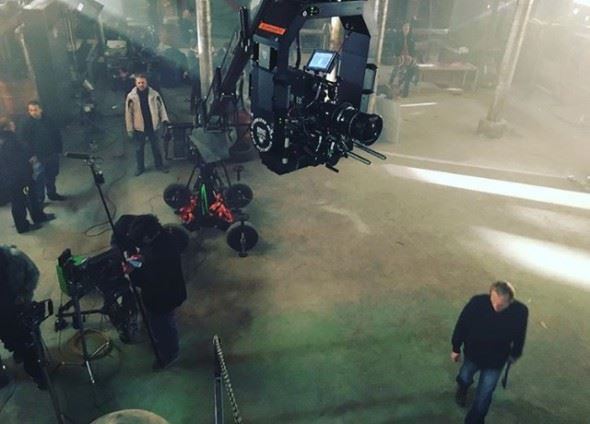 A phone snap from set

Andrew is there because he’s working on a project, a blend of horror and psychological thriller with director Giles Alderson. While he can’t (and indeed won’t) reveal the film’s secrets, he can tell us that it’s an intriguingly layered story told through a non-linear timeline, consisting of two distinct parts with very different visual styles. This makes for an interesting challenge for the cinematographer.

“The flashback sections are very romantic,” he says. “It’s sort of like Caravaggio: a classical, painterly look. We’ve built all of that from scratch and have had to spend quite a bit of time getting it perfect. And then the other side of it is the dingy basement you’re in for the main story, which is much darker and much more horror-y – underexposed, kind of grimy and very shadowy. So it’s these two looks together.”

We suggest that this sounds like a difficult pair of styles to combine.

“It is, yeah, because you have to find the through-line,” Andrew says. “And that’s the overall style of the movie, the thread between these two very different looks. So it’s about choosing the kit and choosing the approach to tie it all together. Which I think we’re doing – most of the time!” 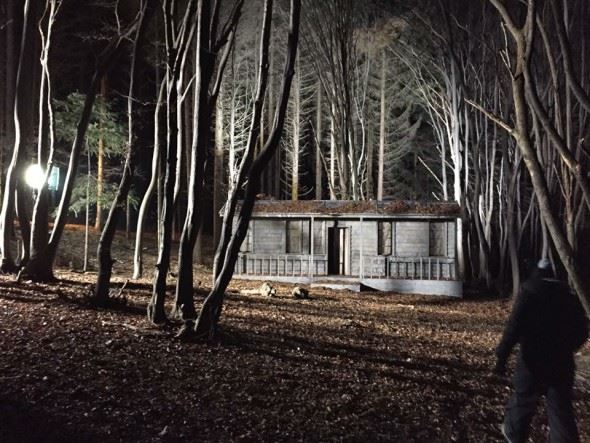 Whether in the studio or on location, Andrew has to ensure the look remains consistent with the director's vision

The process of cinematography is considerably more than just pointing a camera and aiming a light – there’s an entire journey from concept to execution.

“I do draw stuff, because I forget it otherwise, but I tend to try and work things out in my head,” says Andrew. “If it’s a big movie I’ll need to draw a lighting plot. On a feature, or even a bigger commercial, you end up getting involved in the production design as well, talking to the set designers and the costumers.”

“A big part of cinematography isn’t just framing and lighting: it’s understanding what colours and textures work together. So if you can get something in front of the camera that works in terms of colour palette, you’re halfway there already.” 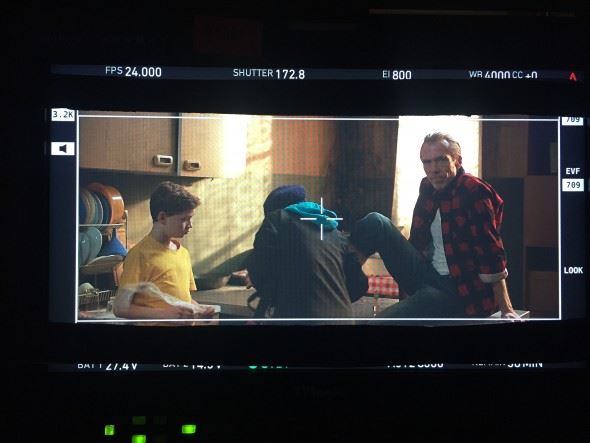 A glimpse behind the camera

This feature is a large-scale project, with a crew of about sixty. Though Andrew is ultimately trying to achieve the same ends as he would on a small film – making it look as good as possible – the means of doing so become wildly different as projects scale up.

“You end up with this giant machine you have to move around,” he says. “Say you want the camera moved three feet – six people will come over to do it and they’ll all have different jobs, rather than you just picking it up and lugging it along. You do kind of lose time that way, but you also gain time in other ways, because if you want a wall taken out or a giant lamp putting in or something, it just happens. It’s a totally different way of working than on smaller films.”

“Absolutely. [On big projects] it’s a management exercise. All day you’re answering questions – ‘Where’s this lamp going?’, ‘Is this colour right?’, ‘What is this?’ et cetera. Some days you don’t touch a camera. You’re trying to make sure everyone’s happy, everyone’s doing their jobs, and everyone’s just a little scared of you so you can get things done. But I’m loving the experience – I hope Giles and I will do bigger movies in future.”

“We’ve had some amazing moments. We’ve got a pretty established horror actor in the movie, and the first day he arrived we did a one-take scene on a technocrane where the camera flies in from the mountains and rotates around him and a child actor. It’s a three-or-four-minute scene, but they nailed it first go, and then on about the third take we nailed it as well, and so the actor went home! A scene that could have taken all day we were able to do quickly, and it was good to be able to do that.”

A filming rig out on location

While not every day can be quite so dramatic, ultimately the goal is always the same. Whether a shot is being achieved with a spinning crane on a mountainside, or via a hand-held camera in a tiny, darkened room, Andrew’s goal is to make sure it looks right, and do whatever is necessary to achieve that.

“Sometimes you might operate a camera and do your own focus pulling, on other days you might sit in front of a monitor all day and bark at people,” Andrew says. “But it’s the same end really; your goal is simply to make something that tells a story and is hopefully not too hard to look at. If you’ve done that, you’ve done okay.”

Andrew Rodger is a professional cinematographer. His website is 35mmdop.com

What It’s Like to Be a Pro Food Photographer