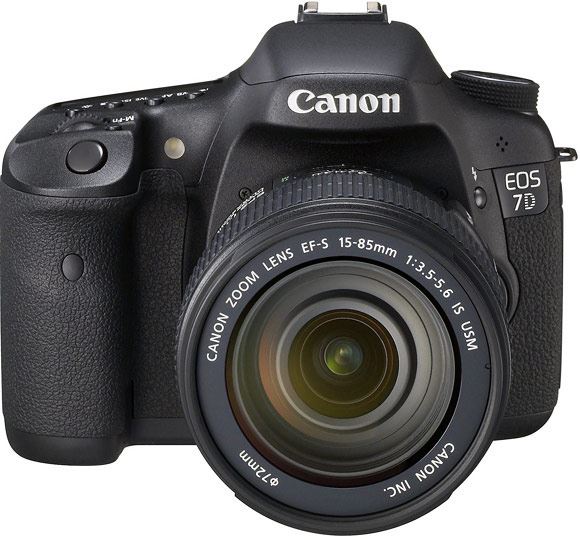 The Canon EOS 7D isn’t a minor upgrade and re-badge job, it’s a serious redevelopment based on consultation with over 5,000 photographers worldwide. The result is a new high-end EOS digital SLR that offers you the speed, accuracy and functionality to capture images as you see them.

EOS 7D: Back to the drawing board

At the heart of the Canon 7D is a new APS-C sized 18 megapixel CMOS sensor, providing a 1.6x focal length multiplier like the EOS 50D, which is good news for wildlife and sports photography enthusiasts.

The sensor incorporates a relatively new photodiode and gapless microlens design (debuted on the EOS 50D) to improve the signal to noise ratio, the end-result being cleaner low and high ISO images. The EOS 7D has a standard ISO range of 100 – 6400 which can be extended to ISO 12,800.

The entire Canon 7D autofocus system uses cross-type AF points, which are ideal for tracking subjects, faster focus acquisition, and superior accuracy compared to standard single-strip AF points. If you need high-performance autofocus then the Canon 7D’s 19-point AF system is an attractive option in-between the 9 AF points on the EOS 50D & 5D Mark II and the 45 AF points on the latest 1-series (albeit only 19 are cross-type).

The autofocus system on Canon 7D has a clever trick up its sleeve: You can set the autofocus point or zone to change automatically as you flip the camera’s orientation from landscape to portrait. This tremendously practical feature could really speed up scenarios such as switching from a group photo to an individual portrait at a fast-paced event.

The 7D features a 100% viewfinder which enables you to see the entire frame prior to releasing the shutter. The 100% coverage is valuable for accurate composition, allowing you to exclude any distracting objects at the edge of the frame rather than cropping later and losing resolution.

The EOS 7D is capable of capturing images at 8 frames per second, in a continuous burst of up to 126 JPEG or 15 RAW images (with a UDMA compact flash card). This is quite a feat considering the hefty 18 megapixel images, especially when you compare the 7D to the pro 1D Mark III which can capture a 10 fps burst of 110 JPEGs at 10 megapixel resolution. How does the EOS 7D manage this huge amount of data? Dual DIGIC 4 processors!

The EOS 7D has wireless Speedlite control built-in via the pop-up flash, allowing you to trigger multiple Speedlites from the camera, whilst maintaining full E-TTL II metering. 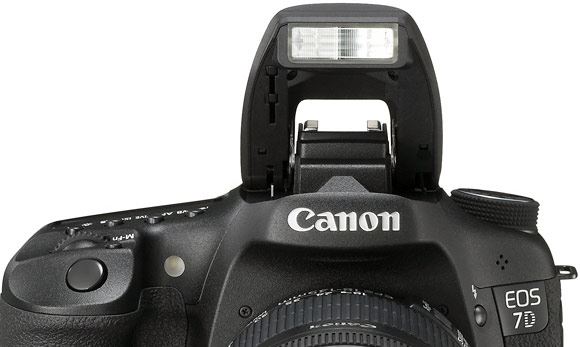 The integrated Speedlite transmitter is a real win for Canon users, up till now Canon EOS owners have had to use a Canon ST-E2 Speedlite Transmitter to wirelessly control their Speedlite flashguns. This move puts EOS system on par with Nikon’s Creative Light System (CLS) which has included an on-camera trigger on pro-models since the D200.

Conventional metering sensors are most sensitive to red light, which can lead to overexposure. The new dual layer sensor for iFCL captures red & green light in one layer, and blue & green light in the second. Capturing more light information than a conventional metering sensor allows iFCL algorithms to make more accurate metering decisions, which means you get perfectly exposed images, even in challenging light conditions.

Best of the Rest

The 7D feature list is so good we’re just going to summarise the rest so you can dive into the 7D vs 5D vs 50D comparison! Additional stand-out specs include: 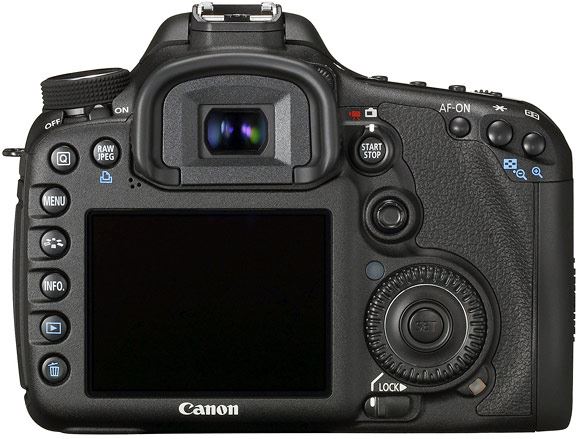 Back of the EOS 7D, featuring the high resolution 3 inch LCD screen

How does the EOS 7D stack-up in comparison to the 50D and 5D Mark II?

* Only available with a UDMA-enabled card

Looks like the EOS 7D is very strong indeed. The 5D Mark II is powerhouse in its own right (as Hamish Brown discovers in our 5D Mark II review), the EOS 50D is a great blend of performance and value, but 7D is positioned perfectly as a bridge between the two. The 7D feature set is a powerful blend for many types of photography; including nature, sports (possibly as a 2nd body for 1D Mk III owners), fast-paced weddings and photojournalism.

Everything about the Canon EOS 7D feels very similar to the Nikon D300s: both cameras have APS-C size sensors, fast frame rates, quick autofocus, and a 100% viewfinder. However on paper the EOS 7D looks like a bit of D300s killer:

If you aren’t invested in a system then the EOS 7D vs D300s is a very difficult decision – control & handling preferences aside – the 7D looks like it’s slightly stronger. The extra 6 megapixels resolution, 8 frames per second (without a battery grip), 1080p video and greater ISO range are all key factors. Game on Canon vs Nikon....