The new Fujifilm X-Pro3 is packed full of modern features, whilst providing the user with a retro shooting experience

Back in 2012 Fujifilm delivered the X-Pro1 into the photography market. The autofocus was slow, the firmware updates were numerous (and essential), whilst the body offered a retro style of shooting. Today, Fujifilm fully announce the X-Pro3, which is arguably the most classically designed camera to hit the market in years. 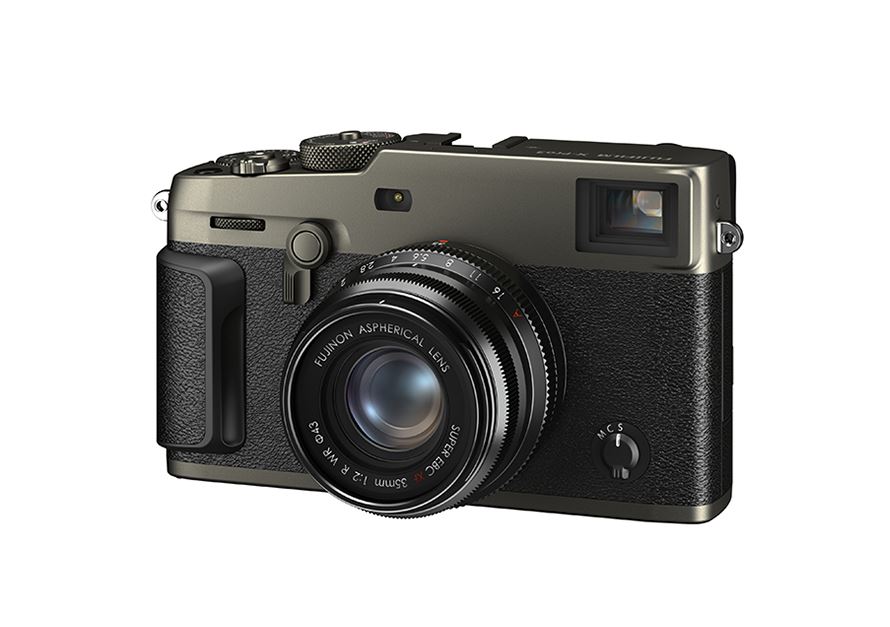 The internals of the new X-Pro3 are, well, not that new. It shares a lot of the hardware from the X-T3, using the 26.1MP APS-C X-Trans CMOS 4 sensor as well as the X-Processor 4 to. The X-Pro3 has been programmed with new algorithms, which give Fuji’s tech a boost in performance. Focussing in low-light has been improved, with the X-Pro3 using its phase detect AF points to be accurate and effective all the way down to -6 EV.

On top of the improved autofocus capabilities, the X-Pro3 has a new AF Limiter mode. This feature allows the user to digitally set the autofocus range of the camera to help accuracy and speed in difficult shooting environments. To use this mode, the photographer sets the minimum focus distance, and the maximum and the camera will then focus only between those two points. This can be useful in many shooting scenarios, such as picking out a subject within a crowd, focussing through woodland or in planning the perfect composition.

The camera has a new HDR shooting function, which allows the photographer to create an image out of multiple exposures to create a greater level of dynamic range. This feature has been designed to look natural, and not exaggerate colour tones too harshly. You can also shoot multiple exposures, combining up to 9 frames in various ways. You can even apply different film modes to create layered collages for those who want to get a little creative in camera, rather than editing in post.

There is even a new film simulation mode “CLASSIC Neg” which aims to simulate colour negative film that was quite often used as an everyday film. 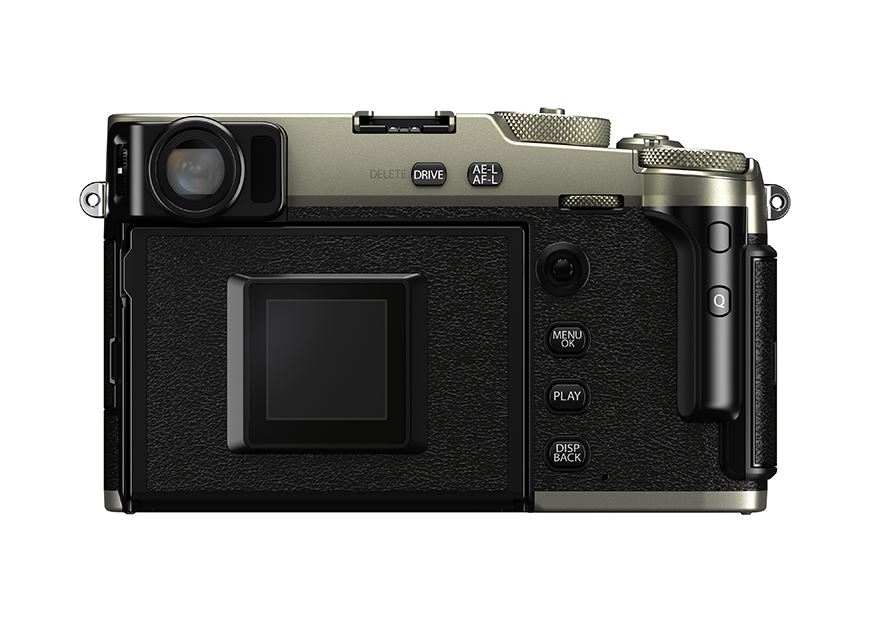 What everyone will remember about the X-Pro3 in years to come, lies on the outside of the body. Specifically - the LCD screen, or, the lack thereof. The rear of the camera carries a very minimal, retro design. Although the manual controls are what we would expect from a Fujifilm mirrorless camera of this style, the small shooting screen, where there would normally be an LCD panel is a big change. This new 1.28-inch colour memory LCD panel can display your shooting settings (like the top LCD of the X-H1) or, in classic view, your film simulation settings. The design of the small screen will be familiar to many film shooters, who would have previously ripped the end tab of their film box off, and slotted it into the window on the back of their camera to remind them of the film that was currently inside. The X-Pro3 gives a big nod to its film heritage with this feature, but it also serves another feature, one that is certainly a little more ideological. 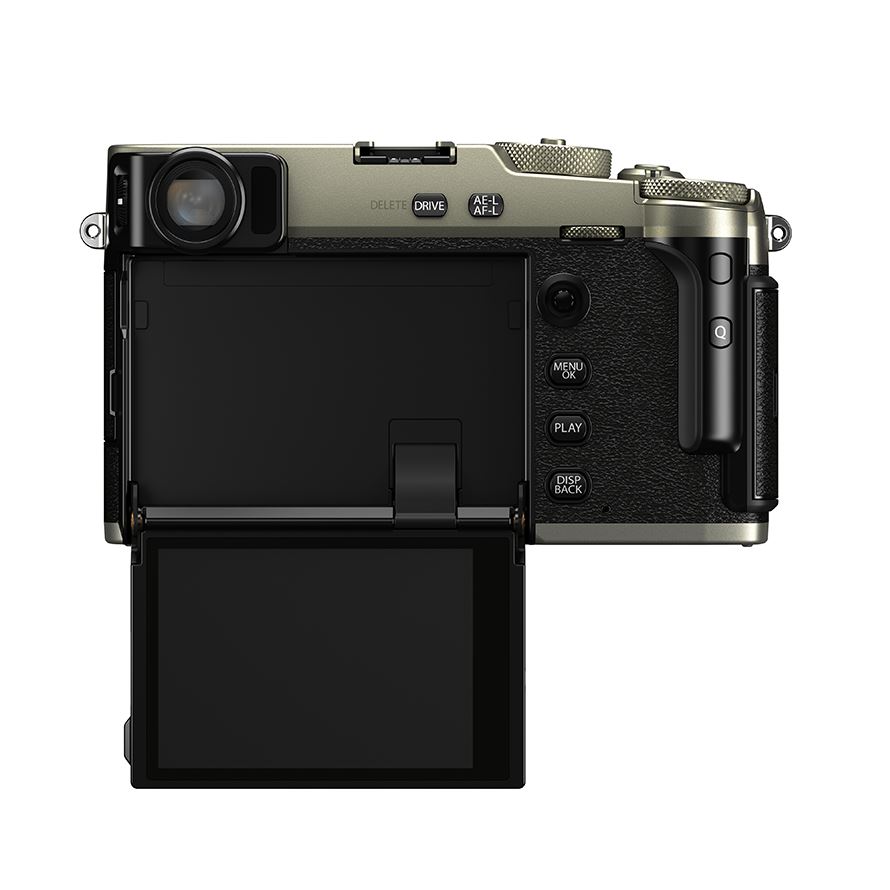 Fujifilm held a press conference a couple of months ago, where they gave us a preview of what the X-Pro3 would be when it was fully announced. Within that conference, they discussed how their initial idea for the X-Pro3 was to include no screen at all, but were persuaded to fit a hidden LCD instead. The hidden 1.82-million-dot touchscreen LCD sits behind the shooting panel LCD and can be accessed by flipping the screen down, up to 180 degrees. This design means users have the ability to shoot with the screen or check pictures if necessary, whilst also removing the distraction from the back of the camera whilst shooting. Fujifilm want this design to encourage shooters to use the viewfinder, to become more involved in taking images, then constantly looking at the world through a screen.

The rangefinder design of the X-Pro3 leads in to one of the most popular features of the X-Pro series, the hybrid viewfinder. With just flick of a switch, the hybrid viewfinder (placed in the top left corner of the back of the body) can switch from an optical viewfinder (OVF) to an EVF. The X-Pro3 even has a miniature EVF that can pop up during the use of the optical VF in order to check exposure. The EVF sees improvements from previous models, using a 3.69-million-dot EL panel with a boost mode for ‘Smoothness priority’ which can be used when tracking fast-moving subjects. The OVF has also had adjustments to make it clearer, with a greater angle of view so your eye doesn’t have to be pushed so hard against the eyecup. The only down side of this hybrid viewfinder (and in fact all viewfinders on rangefinder style bodies) is that anybody who is left eye dominant, may find the viewfinder quite difficult to use. 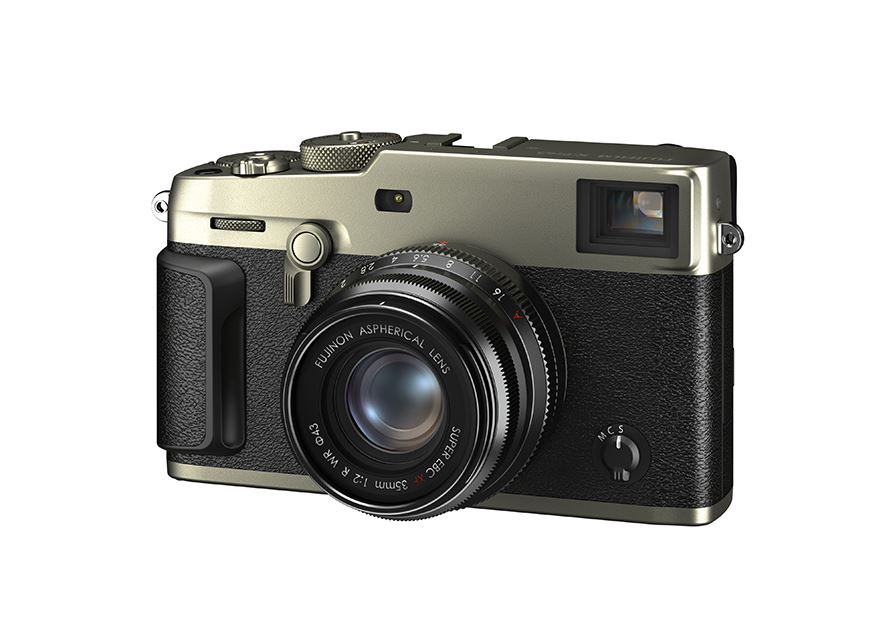 As a camera built to be used by photographers, you would hope the X-Pro3 featured a design that meant it was hardy. Reliable. Well it does.

Fujifilm have designed the middle part of the body from a tough magnesium-alloy, with the top and bottom sections being formed from titanium (“oohs” and “ahhhs” all round). If Titanium wasn’t enough for you (what are you doing with your camera?!) then the use of a new coating may be the answer.

The X-Pro3 will come in 3 colours: Black, Dura Silver and Dura Black – with Dura being the name of a coating the bodies will have. ‘Duratect’ coating has been developed to be tough… really tough. It almost has the same hardness as Sapphire, whilst rating at almost 10x the strength of stainless steel. The X-Pro3 Dura Silver and Dura Black editions will feature this coating on their top and bottom panels, with the ‘Black’ model being painted in the standard tough black Fujifilm body paint. To prove the new coatings hardiness, I actually used my keys to scratch the body when we had a sample for review, checkout the results of that in the video at the top of this article.

Although it is unlikely that this camera will be bought as a video tool, it is certainly the perfect camera for travelling photographers, and therefore the video capability is important so that you don’t need to carry any more kit. Due to heat dissipation issues, there is a recording limit of 15mins in 4K but you can shoot at up to 29.97p, with slow motion available in full HD at 120p. There are flat profiles available for anybody who would like to grade any footage captured and there is even a microphone port, though no headphone output for monitoring the captured audio. 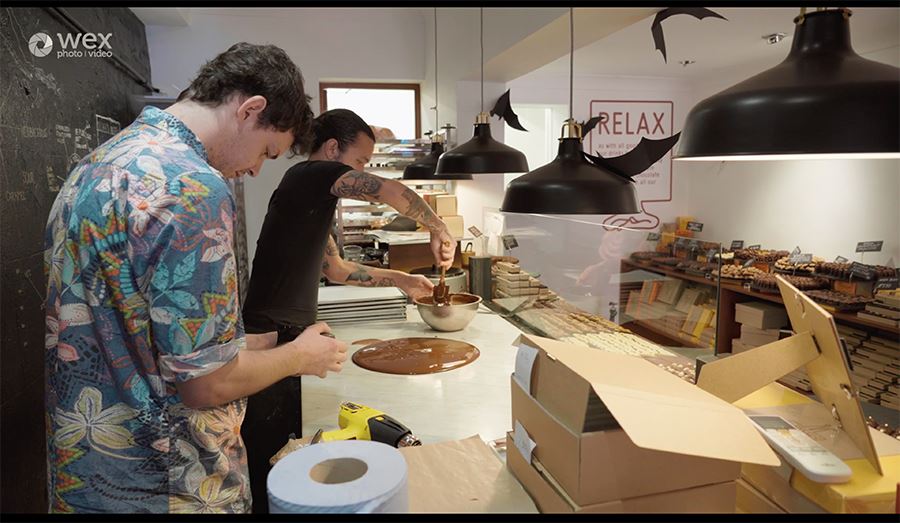 To test out the video capabilities of the X-Pro3, George did a test shoot at Be Chocolat (my favourite) chocolate shop in Brighton. You can check that out by clicking here, and be prepared to want to raid your cupboard afterwards!

Dual SD card slots, USB Type-C port for charging help to keep this retro camera current and Fuji even continue use of the NP-W126S battery, although managing to draw significantly more power from it – rating the camera to 370 shots, compared to its predecessor’s mere 280 shots.