We’ve been anticipating an Fuji XT30 release ever since Fujifilm announced its flagship Fuji XT3, but how does it compare? 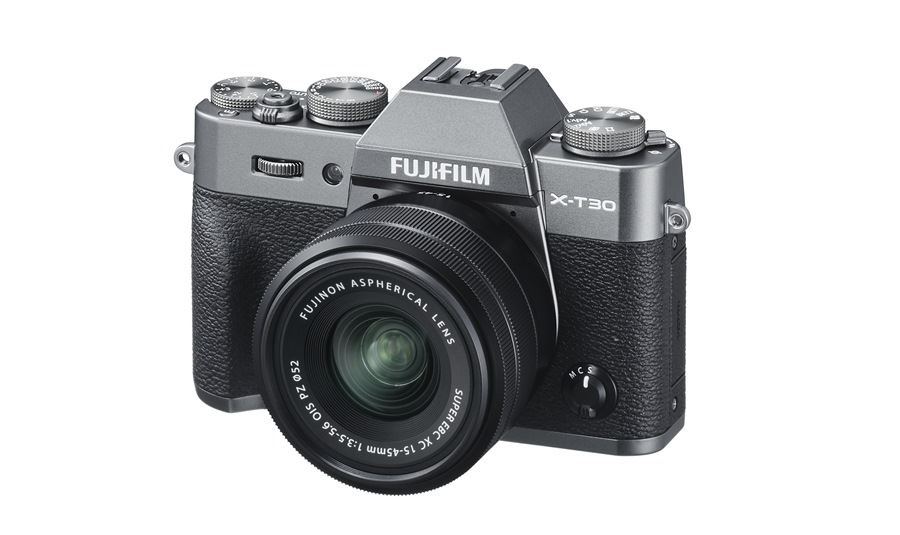 If you’re a Fujifilm fan who’s in the market for a new camera, but didn’t plump for the well-received X-T3 back in September, chances are you’ve been waiting for the inevitable successor to the X-T20. If that’s the case you’re in luck, because today Fujifilm has announced the X-T30.

TL;DR: Don’t have time to skim through this article? Scroll to the bottom of the page for the key points…

Another feature borrowed from the X-T3 is the X-T30’s ability to focus down to -3EV. Pair all of these low-light capabilities with Fujifilm’s renowned colour reproduction and it’s no wonder the X-T30 is touted to produce stills images on par with the X-T3. The addition of an Ultra Sonic Vibration cleaning system means you can expect the X-T30’s APS-C sensor to stay cleaner for longer too.

You might be surprised to learn that the X-T30 boasts an improved autofocus algorithm, which should result in better autofocus tracking than the X-T3! Such improvements include better face and eye detection, and a new Face Select mode, which allows users to prioritise autofocusing on a selected subject.

It comes as no surprise that the X-T30 doesn’t pack the same video capabilities as Fujifilm’s flagship (more on that later), but the boost in autofocus performance does extend to video use. You can expect better exposure stability for face and eye AF, and the presence of face recognition in AF-C. Finally, phase detection pixels are now spread across 100% of the frame.

The eagle-eyed will notice that a d-pad is absent from image samples of the X-T30. Instead, Fujifilm has opted to go with what it’s calling a Focus Lever (basically a joystick). Whether or not this proves a more intuitive method of control remains to be seen, but you have to admit, that back panel sure looks tidy.

Left of the Focus Lever is a 3-inch touchscreen. This sleek LCD sports a 1.04-million-dot display and can be tilted to aid those shooting at difficult angles. As we’ve come to expect from Fujifilm, the X-T30 is a good-looking camera. If you’re at all familiar with the X-T20, not much has changed: Its body is small (just 383g), sleek and retro with a modern twist. One key difference is the addition of a snazzy new colour, charcoal silver.

Black and premium silver incarnations of the X-T30 are currently due to be launched on March 20th, but those who opt for an attractive charcoal silver device will have to wait until May. 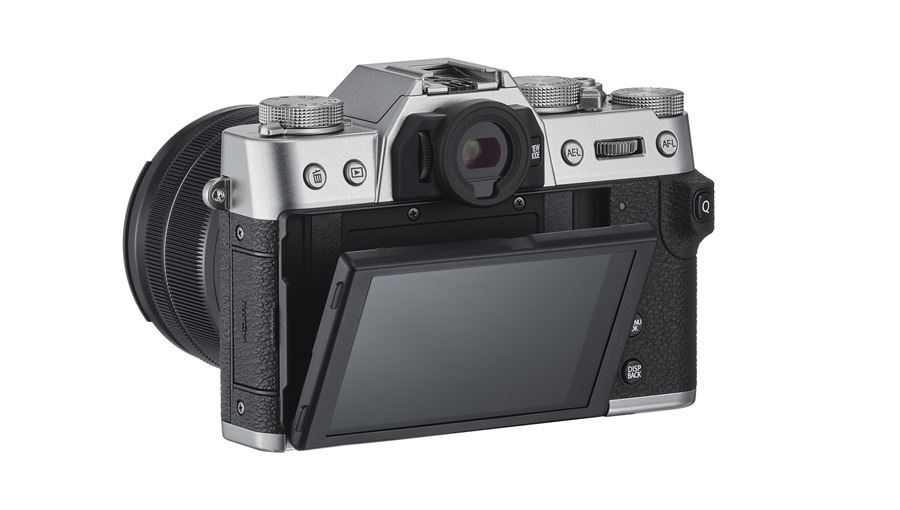 If you don’t need to shoot in 4K, then the X-T30 can record full HD at up to 60fps. Again, using the same codec, but with a 15-minute recording limit. If you’re looking for a more exaggerated slow-motion effect, then it’s possible to record up to 120fps in full HD for up to six minutes at a time.

For those wanting a more stylised look, straight from the camera, Fujifilm has incorporated 16 different film simulation modes – an easy win given the manufacturer’s film heritage. As for audio capture, the body features a 2.5mm stereo mini connector, so you can hook up an external microphone. However, there isn’t a headphone out for monitoring.

Fujifilm has complemented the release of the X-T30 with the FUJINON XF 16mm f/2.8 R WR lens (24mm in 35mm terms). This compact wide-angle prime would make a great companion on landscape or street shoots, and features an internal focusing system that’s operated via a stepping motor for faster and quieter autofocusing.

The lens is constructed from 10 elements in eight groups and includes two aspherical elements. It’s dust and weather resistant, and can operate down to -10°C for seamless pairing with Fujifilm’s weather and dust-resistant bodies (such as the X-Pro2, X-H1 and X-T3). For more information on the XF 16mm f/2.8, visit our store page.

Who’s it for? Anyone looking for a cheaper and lighter alternative to Fujifilm’s X-T3.

What does it compare to? It’s the successor to the Fujifilm X-T20 and obviously compares to its larger counterpart, the X-T3. You could also compare the X-T30 to Sony’s A6400 and Canon’s EOS 80D.

Why should you care? Fujifilm’s flagship X-T3 represents great value for money. However, if you’re looking for a cheaper alternative and the former’s great video spec isn’t a deal breaker, the Fujifilm X-T30 affords you the same great stills image quality for less.

What do we think? This tiny body packs image quality and high-end performance into a truly travel-sized mirrorless system.

Fujifilm XF10 | A Premium Compact That Won’t Break the Bank