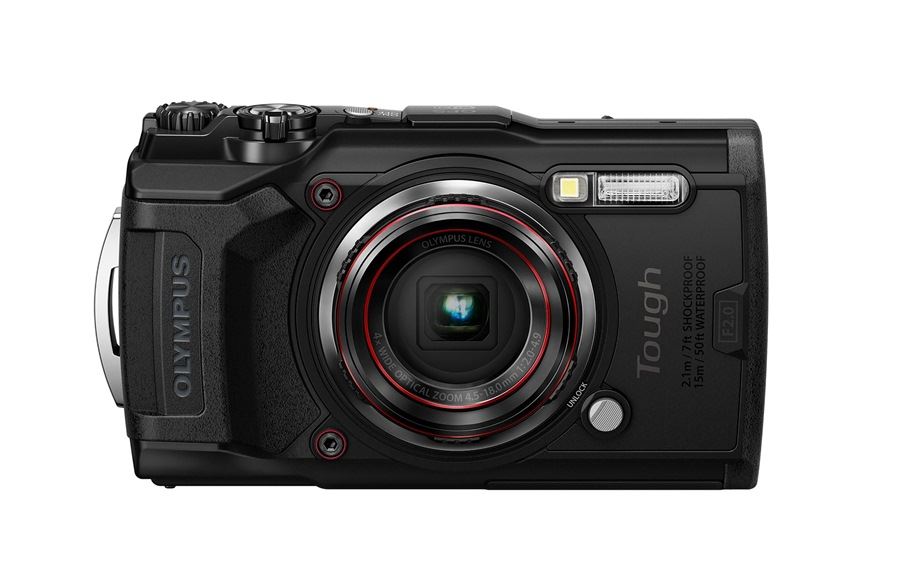 TL;DR: Don’t have time to read the article in full? Click here for a quick summary.

Olympus’ Tough cameras are the four-wheel drives of the camera world – they’re built to withstand just about anything. The Tough TG-6 succeeds the TG-5 as the series’ flagship and brings with it a variety of new features. Whether you’re an adventurous type who enjoys rolling around in the mud or simply looking for a compact that’s hardier than most, the TG-6 is a worthy compact candidate.

The hardy little Tough TG-6 is dustproof, waterproof down to 15m, shockproof when dropped from a height of 2.1m, crushproof up to 100kg and freezeproof down to -10°C. If that wasn’t enough, dual-pane protective glass is designed to bolster the camera’s anti-fogging performance, making the TG-6 a tantalising prospect for the adventure-minded.

Like the TG-5, the lens on the TG-6 features a variable aperture of f/2-4.9 and a 25-100mm (35mm equivalent) optical zoom. However, unlike its predecessor, the TG-6 has a built-in 2x digital teleconverter, which allows for an impressive 8x zoom.

The Tough TG-6 is a versatile little compact that can be used to capture images from a variety of genres. Those who want to take macro photos will find Microscope, Microscope Control, Focus Bracketing and Focus Stacking modes. The latter has been updated so users can select between stacks of three and 10 images. The camera’s closest focusing distance is 1cm from the end of the lens, and it has a maximum shooting magnification of 7x (35mm equivalent). 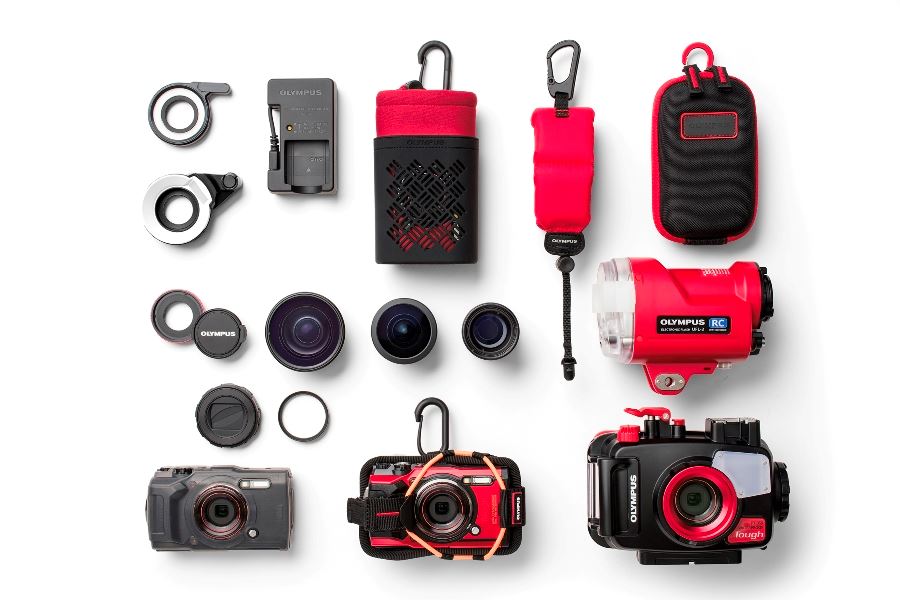 The TG-6 will launch alongside a wealth of accessories that are designed to push its capabilities even further. Perhaps the most exciting gizmo is the PT-059 Underwater Case, which allows divers to operate the camera up to a whopping 45m below the surface. Other accessories of note include the FCON-T02 Fisheye Converter, which allows users to switch between circular and diagonal angles of view with ease, and the LB-T01 Lens Barrier, which helps safeguard the lens.

If you’re planning to film your adventurous pursuits, the Tough TG-6 has a maximum recording time of 29 minutes, and can shoot 4K UHD at 30fps and full HD at 60fps. It can also shoot 20-second high-speed movies for slow-motion playback (up to 480fps in standard definition).

Who’s it for? The Tough TG-6 is targeted primarily towards outdoorsy folk. Even if you’re embarking on a relaxing holiday, you’ll find a solid camera that’ll take everything heavy-handed baggage carriers can throw at (or onto) it. Parents may also find the TG-6’s durability appealing as it’ll withstand the rigours of tiny hands, probably…

What does it compare to? The Tough TG-5 and Ricoh’s recently released WG-6.

Why should you care? In many ways the TG-6 is similar to its predecessor, but the additional underwater capabilities, AR coating and built-in 2x digital teleconverter are particularly welcome updates. Whether you’re off on an adventure or simply documenting your summer holiday, there’s something liberating about using a camera that can weather sandy beaches, snorkelling trips and impromptu shocks.