The Panasonic GF1 is a new micro four-thirds camera that sports a 12 megapixel sensor, 720p HD video mode, and 3-inch LCD screen. This gorgeous little camera appears to be a crossover between the retro-chic Olympus E-P1 and the Panasonic G1 digital SLR. If you’re in the market for a carry-me-everywhere camera then you better take a look at the GF1... 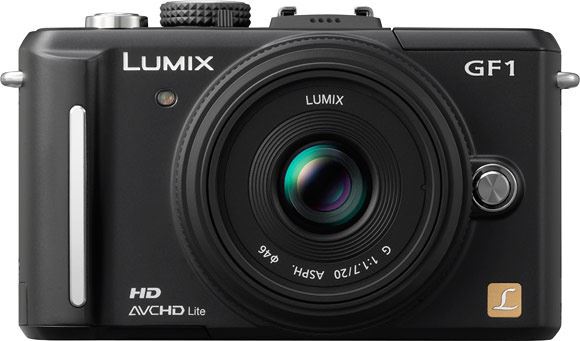 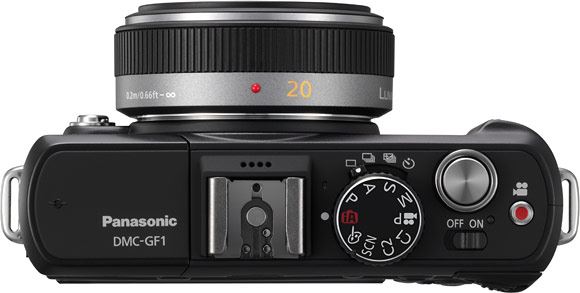 Top view of the GF1 with the new 20mm pancake lens 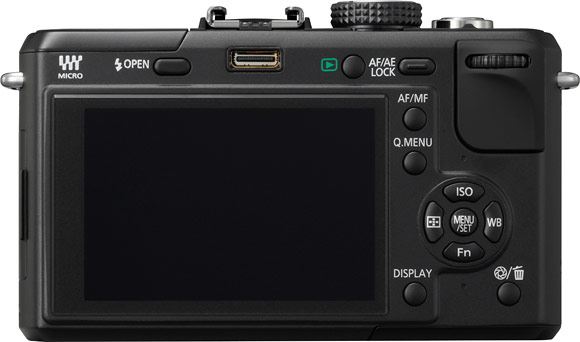 Back view of the GF1, including the 3 inch LCD screen

The Panasonic GF1 will be available in black, red, and silver

Think of the Lumix GF1 as a combination all the best bits from the Panasonic armoury: The 12 megapixel Live MOS sensor & 144-zone metering system from the G1, and the 460k pixel 3-inch LCD screen found in the LX3 to name a few. Even the styling from LX3 has had deep influences on the new GF1 and that’s no bad thing!

If you prefer to use a viewfinder rather than a screen to compose images then the GF1 has you covered with an optional Live View Finder, the DMW-LVF1. The Live View Finder is attached via the hot-shoe, provides a 100% field of view, and has a 202k pixel resolution.

In a nutshell the key difference between the Panasonic GF1 and Olympus E-P1 are:

Overall the Olympus E-P1 and Panasonic GF1 are very similar, but the GF1 specifications just edge ahead. We’ll have to wait and see the results from a side-by-side shootout...