We are delighted to announce that we’ve teamed up with Swarovski to sponsor local athlete from Ipswich, Michael Peart. Together, Wex Photographic and Swarovski have supplied Michael with an optical scope worthy of a World Champion!

Michael first took up archery back in 1990 after a school trip to the Lake District when a friend asked him to join him at a local archery club and he still shoots for the Deben Archers to this day. Four years and a lot of training later, Michael first made the Great British junior team and went on to win the European Cup. Since then, archery has ruled his life and succeeding in it has been Michael’s ambition – he’s been a full time archer for over seven years, has ranked as #2 in the world and shot for Great Britain over 60 times. 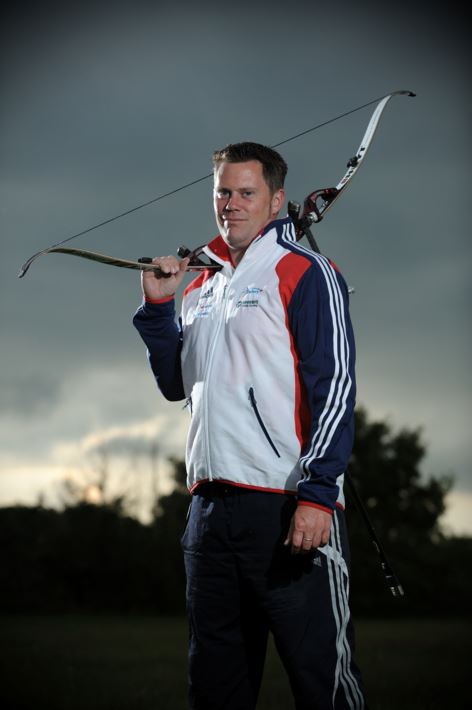 After narrowly missing out making the London 2012 archery team, he is currently the Men’s Reserve and development coach for Archery GB. One of Michael’s aspirations is to win an Olympic medal, so our fingers are crossed for him for Rio 2016!

Although spotting scopes are normally associated with the pastime of bird watching, they’re an important part of competitive archery as well. We asked Michael:

How critical is having a scope with you at competition level archery?

Knowing exactly where your arrows are in the target is crucial for a competitive archer. After every shot you need to look, see where the shot went and evaluate if you need to adjust for the wind or for your personal condition. You cannot afford to lose points by having an off-centre group in the target.

What do you need to look for in a scope for use in archery?

What I look for in a scope is:

Size; The 60mm scopes are the perfect size for me - big enough to produce a great view but not too big as to cause me a problem when I'm travelling the world with Team GB.
Angled; for ease of use. I can just lean forward and look down without having to twist my neck.
Zoom; Sometimes I shoot 25m and 20x is what’s needed, other times I shoot 90m and 50x is just perfect!
Waterproofing; I do most of my training in good old GB and come rain or shine I'm out there shooting. The Swarovski gives me the confidence to compete all day in the rain, put it in the back of the car and know that when I get it out the next day, to shoot the final, my target will be as bright and clear as ever.
Protective cover or case; In my 20 years of competing I've had my scopes knocked over, blown over and even walked over. A good case can save you money! 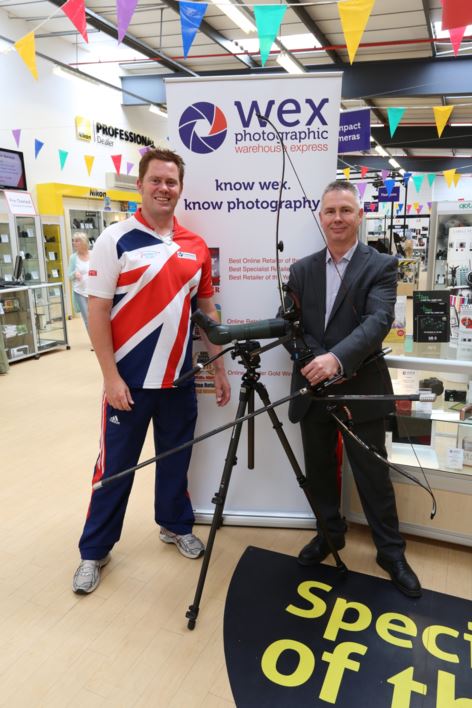 We’ve set Michael up with the Swarovski ATM 65 Angled Spotting Scope coupled with the Swarovski 25-50x W Eyepiece - an ideal tool for him in this sport of accuracy and skill. An alliance of technology and sporting prowess such as this is certainly one enormous leap closer to achieving future medal glory for Michael.

Michael says of his new scope…

“Thank you so much Wex! The clarity and brightness of the Swarovski is astounding. Even when shooting 90m with 3 other people, I can clearly see which arrows are mine and exactly where they are. I could not wish for a better scope to watch the Olympic archery with!”

Swarovski said of the sponsorship…

"Swarovski Optik are very happy to be able to work with Wex Photographic in supporting Michael Peart, we wish him good luck.”

Everyone here at Wex Photographic wishes Michael and his partner Nicky Hunt all the best in their future Archery careers!