What’s it like to be a pro drone pilot? Darren Giles, owner of SkycamHD, talks about his gear and becoming certified 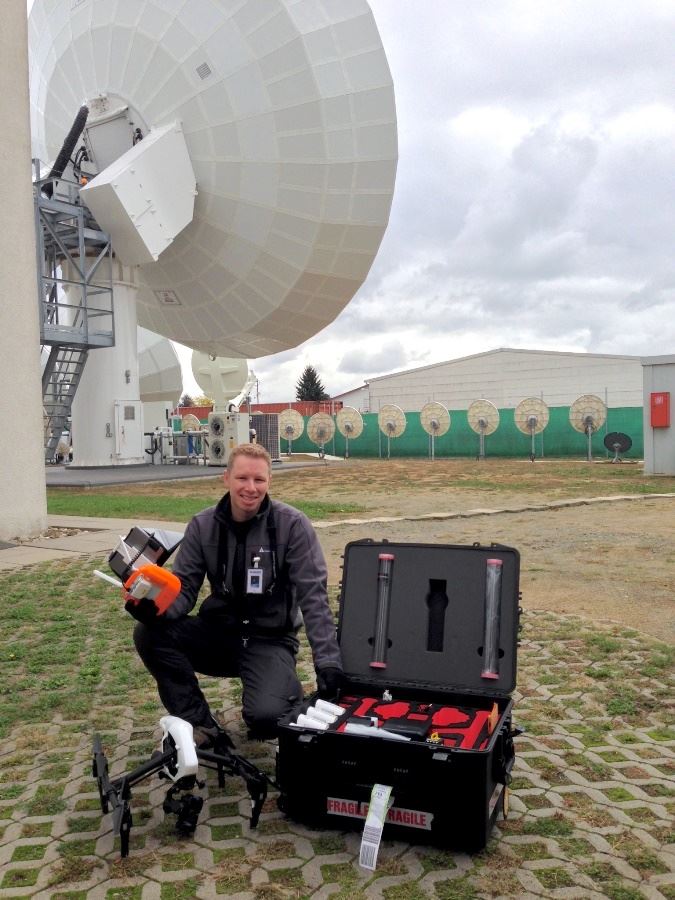 Darren on a shoot with his trusty drone

Wex Photographic: Can you tell us a bit about your background?

Darren Giles: Sure – it’s a bit of a meandering path though! I’ve always had a healthy interest in photography and video, and I used to build radio control models as a teenager, but my career actually started in industrial engineering.

My first proper job was working for a company that produced components for the oil and gas industry – I quickly realised that wasn't for me so I made the jump into telecoms, working for a well-known mobile phone company, on their internal phone and video conferencing systems.

In a rather sideways fashion this later developed into webcasting and streaming for events, and I eventually ended up running an in-house broadcast style studio and editing facility. It was a huge learning curve for me but a brilliant experience, and the skills I learned have proved invaluable in running my own freelance business.

WP: So what got you interested in pursuing a career as a professional drone pilot?

DG: I started looking into it seriously around 2013. I’d been interested in drones for several years, and when I started my business I could see it being a useful add-on to the freelance video production services I was offering.

It was really a case of waiting for the tech to develop, as a lot of pro systems were quite large, mainly designed for lifting DSLRs or mirrorless cameras, and they cost a small fortune – it just didn't make any business sense for a smaller operation.

DJI changed all that with their smaller modular kit systems and the Zenmuse gimbals for GoPros. Then, of course, the Phantom series really brought drones to the masses.

WP: How did you get started with drones – do you remember your first flight?

DG: Yes, my first “official” drone flight was with a Hubsan mini quadcopter! It was good fun to fly around – no GPS or ATTI mode and all manual controls, so an excellent form of training, plus it was resilient to the inevitable crashes.

Soon after that I got a DJI Phantom with a fixed camera – no gimbal stabilisation but it was great to get a camera in the air with a live video feed and play around with basic shots. I did a fair bit of recreational flying with that before signing up for a commercial course.

The first drone I used commercially was a modified DJI F550 hexacopter kit with a GoPo Hero3+ on a Zenmuse 3-axis gimbal. How times have changed!

WP: How did you find the process of becoming certified? Can you explain what it takes to become a commercial operator?

DG: Well it did take longer than I expected, the route to becoming a certified drone operator is reasonably straightforward in the UK if you’re using sub-7kg systems with a standard permission. We have a pretty good licensing process, but it can be frustrating waiting for paperwork to come through. There were only two approved training organisations (NQEs) when I did it; now there are numerous providers out there, though the process is essentially the same.

Complete a two- to three-day theory course followed by an exam; once you’ve passed, you then put together an “Operations Manual” which is a fairly lengthy and very detailed document relating to your drone system and how you will operate it in relation to current aviation regulations – your flight procedures, safety management, checklists, logs, etc, etc.

Once your training provider approves the manual, you then take a practical flight assessment with an examiner. If successful, all the documentation goes off to the CAA, who then issue a PfCO (Permit for Commercial Operations); this is the document you need in order to be able to charge for your services as a drone operator and, crucially, obtain specialist liability insurance.

The whole process took me seven months, with a few paperwork delays. I actually completed my Private Pilot’s Licence in less time!

WP: Can you give us a breakdown of how you normally go about planning a shoot?

DG: I always get a full address or map reference of the site from the client, then I hit Google maps, closely followed by a current aviation chart, which gives a good indication of any potential issues with the flying area and proximities to residential areas, restricted airspace, airfields, airports or other hazards. If that all checks out I’ll ask for more details, as Google Maps satellite info is often a couple of years old – possibly request photos, and maybe arrange a site visit depending on the environment and surroundings

Next I’ll complete a pre-site survey, outlining potential hazards and safety considerations along with a risk assessment for the proposed operation. I also check who the landowner is and contact them for permission. 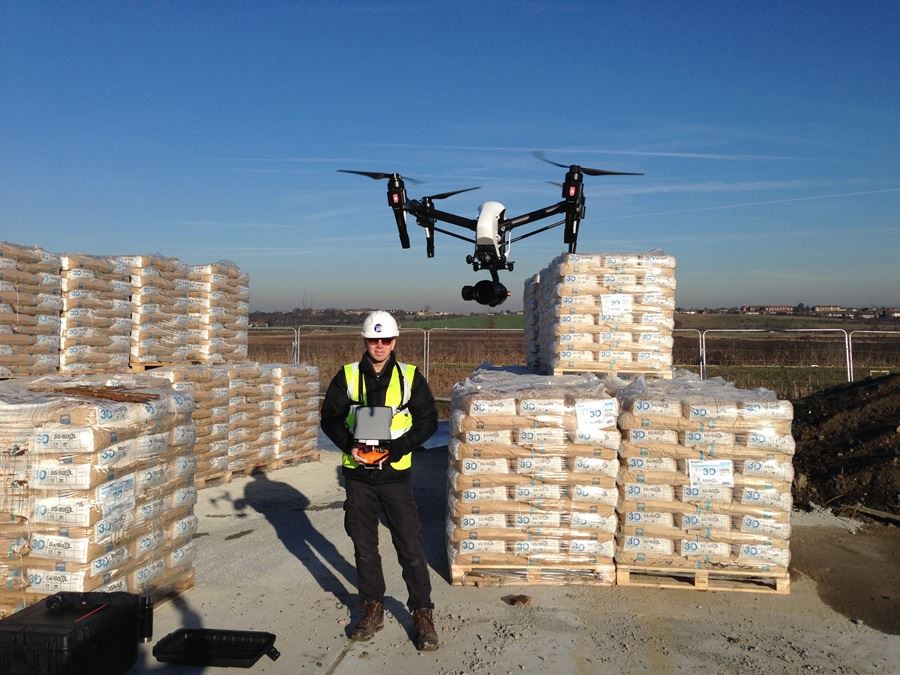 WP: How does this vary when it comes to planning jobs abroad?

DG: Essentially the planning is the same but the harder part is getting a temporary permit to fly a drone. As of yet there is no worldwide standard qualification for drone pilots and many countries either have complete bans on drones or have different licensing requirements to the UK. This is even true in Europe. So it can be a bit of a headache and costly in both time and money.

I flew in Germany last year which has a very regionalised approach to commercial drone operations, so there are several layers of bureaucracy to get through. I’m lucky enough to hold a Private Pilot’s Licence, which is often looked on favourably and significantly shortens the application process for foreign permits. I’ve had enquiries about jobs in Spain and as far away as Kenya; in each case a PPL has proved handy.

Hopefully, as the drone industry matures and the regulations catch up, this will change and either more countries will recognise UK Drone licences or an international licence will be developed.

WP: What drones are you flying at the moment?

DG: I have two systems at the moment: an Inspire 1 with X3 camera and an Inspire 1 Pro with the MFT X5 camera, the latter of which is my main unit. It’s a great piece of kit, especially when running in Dual Operator mode. It’s very compact, does decent flight times, and the video quality from the camera is pretty good as long as you nail the settings. It takes great quality RAW photos too.

An added bonus is the ability to change lenses, which gives even more creative scope. There’s a lot of negative press about the X5 camera but I’ve never had a problem – it’s easy to get hung up on bit rates and compression, but for me it’s all about compromise and being able to offer a service that’s affordable for my clients while delivering professional results with efficient workflow.

WP: What kit do you normally bring to a job?

DG: I normally go out with the Inspire 1 Pro with X5 camera, dual controllers, seven batteries, two iPad Minis, four memory cards, a couple of lenses, a range of ND filters and a reference monitor for the client. I also carry a few spare cables, extra props, toolkit, charging gear plus safety kit such as hi-vis jackets, warning signs, etc.

I’ll also take my Inspire 1 airframe, X3 camera and a spare controller just in case of a major technical problem, or worse a crash. It could save an awful lot of grief, especially if I’m a long way from home. 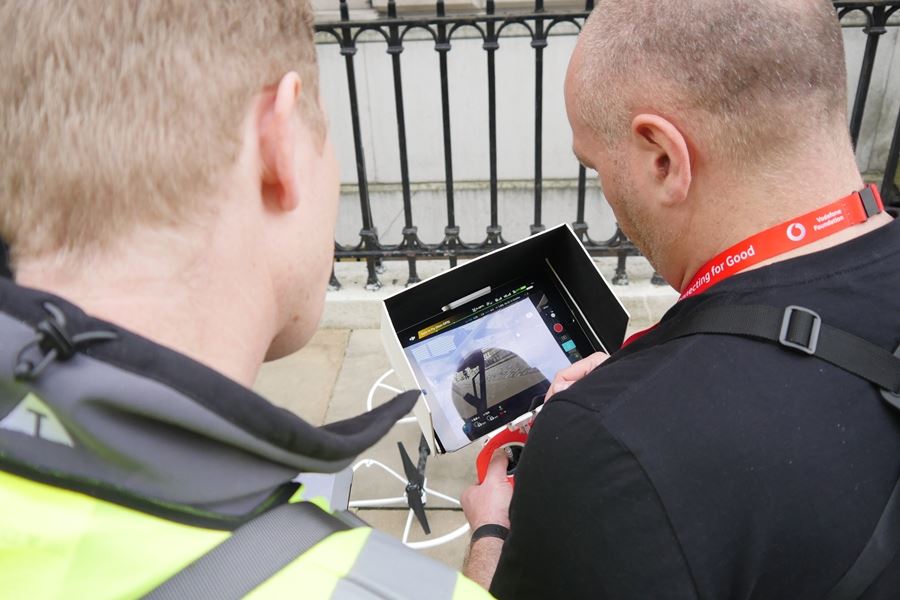 WP: Do you normally fly solo, or in tandem with a camera operator? What makes you decide if you need two operators for a job?

DG: It depends what’s needed and what kind of area I’m flying in. Seventy-five per cent of my flights are dual-operator, which gives maximum creative control making it possible to capture dynamic shots impossible with a single operator. For safety reasons it’s also essential when doing any kind of close proximity work or when flying in congested areas – two pairs of eyes are always better than one.

If time on location is limited then it’s often the safest and most efficient way to work, reduces setup time and makes the most of each flight.

Photo work or more basic moving shots can be done single-op, though in some situations I would still have a crew member present as a safety marshal – it’s amazing how much interest a drone generates with the public!