This week I was given the opportunity to play with a Canon EOS-1D X. It was still one of the factory sample camera bodies so I wasn't allowed to analyze the image or video quality. However, I was able to test out the new controls and experiment with many of the new features and functions. Part two of this review will come when a final model is available for me to test. 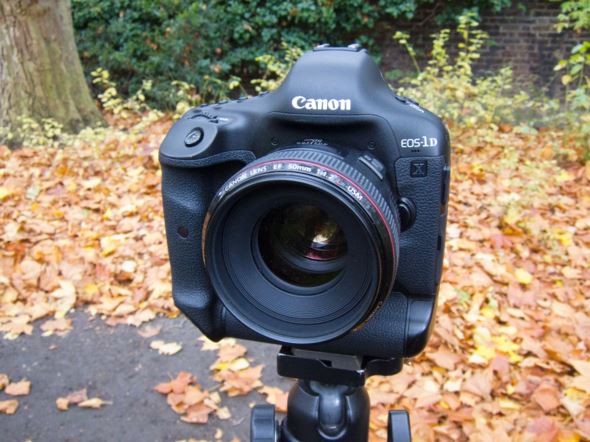 When the Canon EOS-1D X was announced I was excited by the specifications; this is a full-frame, 18.1 megapixel DSLR capable of shooting at 12 frames per second in RAW or 14fps in JPEG. Therefore, this camera doesn't just replace the 5fps, 21MP, full-frame Canon EOS-1Ds Mark III but also the 10fps, 16.1MP, APS-H frame, Canon EOS-1D Mark IV. Inevitably when you replace two cameras that are designed for different purposes with just one, there will be compromise.

Specifically, the 1D X has fewer megapixels than the 1Ds and it has a full-frame sensor so for a given lens it will have around 1.3 times less magnification than the 1D mk IV. However, it is precisely this combination of a large sensor with a modest megapixel count that has me excited as it means that the area covered by each individual pixel is much larger than on the 1Ds mk III or the 1D mk IV. Larger pixels collect more light, so the 1D X should exhibit excellent low-light/high ISO performance. 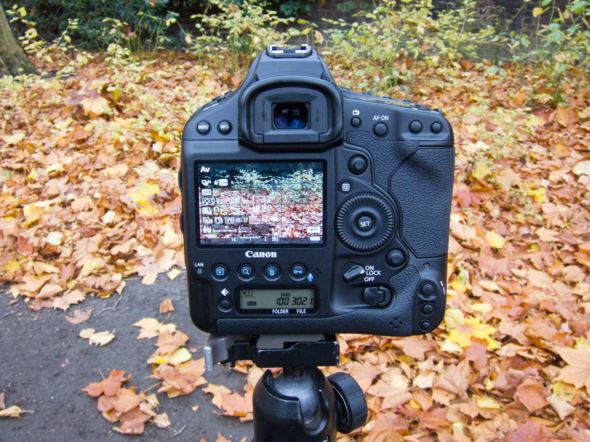 Back of the 1D X in live view mode

The unexpanded maximum ISO limit of the 1D X is 51,200, which at first glance appears to be similar in noise level to 12,800 on the 1d mk IV. The ISO can be expanded to 204,800 which would literally allow this camera to see in the dark! This is good for me as a wildlife photographer, as it is rarely the number of megapixels that I worry about, it is much more common that I struggle to achieve fast shutter speeds in gloomy conditions. We will have to wait for part two of this review to see what the high-ISO image quality is like. 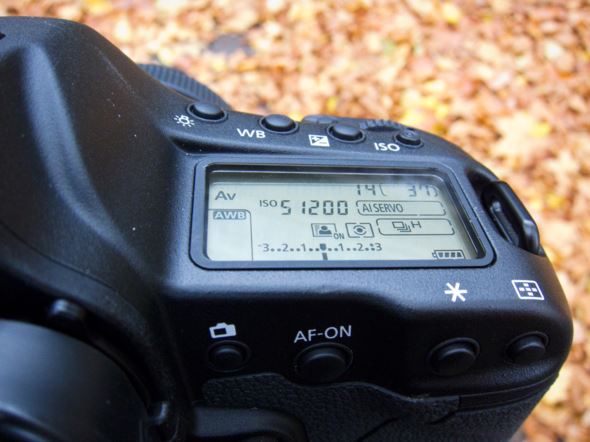 An area where the 1D X shows no compromise is speed! You can shoot 12 frames per second in RAW and there is also a further high speed mode that allows you to shoot up to 14 frames per second. In 14 fps mode images can only be saved as jpegs and the mirror remains permanently flipped up so you cannot see through the viewfinder. To hear what this frame rate sounds like, have a look at my Canon 1D X hands-on preview video.

A great deal of work has been done to improve the controls and customisability of the 1D X. In fact, I would go so far as to say the improvements made from the 1D mk IV to the 1D X are more significant than any of the jumps made between previous 1D models.

Firstly, there are a few new conveniently placed buttons such as the ones next to the lens on the front of the camera. In addition, all controls are now replicated for vertical shooting. However what is really new is how easy it is to customize the behavior of almost all of the buttons with just a few presses. You can now configure three custom shooting modes allowing you to quickly switch to a pre-saved selection of settings. This means with a single button press you could switch between a slow shutter speed preset for capturing motion blur and a wide aperture, high ISO preset if you want to freeze motion. 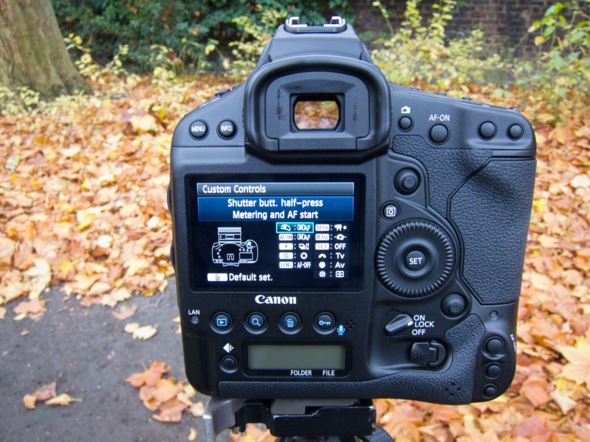 The quick menu for customizing the function of different buttons

The menus have also been improved. One feature I really like is that you can now press the info button on any function setting and a help screen will pop up explaining how it works. This virtually eliminates the need to carry around your camera manual.

There is also a brand new auto focus menu. This allows you to quickly change the behavior of the autofocus depending on the situation. For example, you could select a present that persistently tracks a moving object even if distractions briefly pass in front of it or you could select a preset that will quickly shift focus to objects entering the AF points.

The autofocus system comprises of 61 AF points (the 1D Mk IV had 45). The AF points also cover a larger proportion of the frame than previous models, making tracking moving subjects easier and allowing you to compose images even when the point of focus is near the edge of the frame. The camera's metering system now has a dedicated DIGIC 4 processor which allows them to be much more intelligent than before.

The metering system now sees in RGB color and has a resolution of 100k pixels. This ensures more accurate exposure, even in complex lighting situations. The Canon EOS 1D X from above

Video has also been enhanced. The maximum movie length is now 29min 59sec thanks to a new method of splitting long clips into multiple files which overcomes the 4Gb limit of the card file system. Thanks to the customizability of the camera's controls, you can now set the shutter button to start video recording - this allows you to start and stop recording using a remote. The large control dial on the back is now touch sensitive in video mode which allows you to change exposure compensation and sound levels while recording without creating any noise or vibrations that may spoil the clip.

There is a new multi-exposure mode which allows you to take up to 9 consecutive images and blend them together to create a single RAW file. The images can be blended in additive, average, dark or bright mode. I look forward to spending more time playing with this feature as the creative possibilities are limitless!

Finally, there are a few miscellaneous items to note. There is a new Ethernet port which will allow blisteringly fast data transfer. There is an accessory port which can interface with a GPS add-on for logging the location of images and a new wireless file transmitter supporting both Wi-Fi and Bluetooth. There are now two compact flash card slots instead of one CF and one SD slot in previous models. 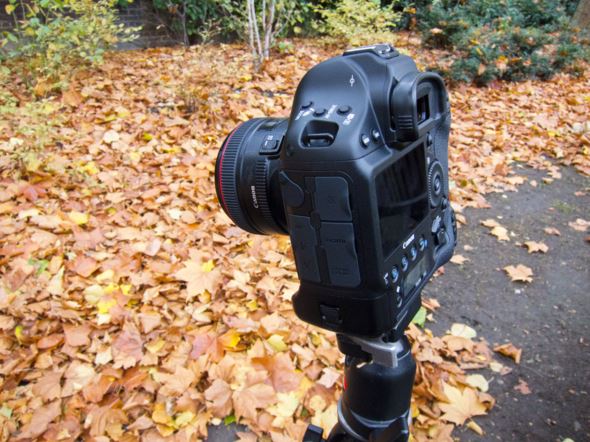 In conclusion, the Canon 1D X is certainly an exciting new addition to the Canon line-up. It raises the bar in a number of areas such as speed and customisability. I also have high hopes that the image quality and low-light performance will live up to the hype.

Will Burrard-Lucas is a wildlife photographer from the UK. For more information about his work, please visit www.burrard-lucas.com or follow him on Facebook, Twitter or Google+.