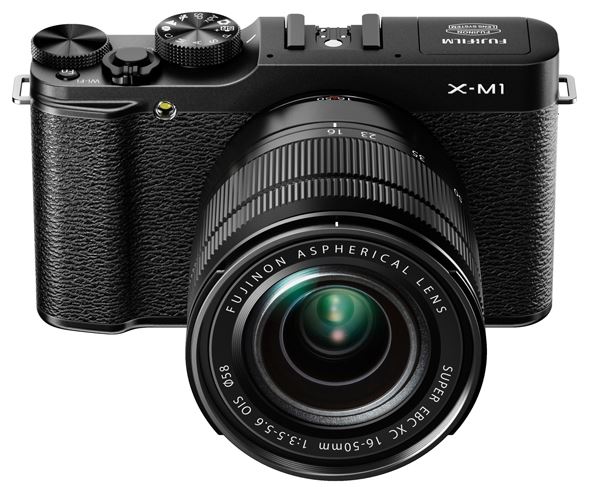 “Compact and lighter than a typical DSLR, but delivering uncompromising resolution rivalling its bulky cousins. The classic lines of the small body invite you to take it with you wherever you go. The impact of what the Fujifilm X-M1 offers will motivate you to get out there and seize every moment.”

That's what Fujifilm says about the X-M1. And you know what? They're pretty much on the mark with that.

I've been a long-time user and admirer of the X-Trans sensor and X series from using the original X100. I now use the X-Pro1 and X100S in my day-to-day shooting, as well as professionally as a wedding photographer. I was excited to see the specification of the X-M1 when it was announced as I believe that Fujifilm has now essentially filled all the gaps in the marketplace.

This is the more affordable option in the X series, but don’t let that put you off; it has some very clever features, some of which I’d love to see in future versions of all the X-series cameras. Furthermore, it shares the amazing APS-C X-Trans CMOS sensor that has become famed for its sharpness as much as the vividness of its colours.

The camera offers a 16.3MP sensor almost identical to those found in the X-Pro1 and X-E1, along with a sensitivity of up to ISO 25,600 (expanded) and an EXR Processor II (whereas its bigger brothers use the EXR Pro Processor). It's deliciously sized, both smaller and lighter than the X-Pro1, but to achieve this Fujifilm has opted not to include a viewfinder, which some users may find uncomfortable at first.

What interested me the most about the X-M1 though, is the tilting screen and built in Wi-fi (believe it or not, I’ve wanted a tilting screen in both my DSLRs and my X-series cameras for a long time). As a documentary photographer, it really adds a level of dynamism and stealth to your shooting capabilities; the ability to compose above a large crowd, for example, or shoot from the hip while walking the streets will be a huge attraction to street photographers. 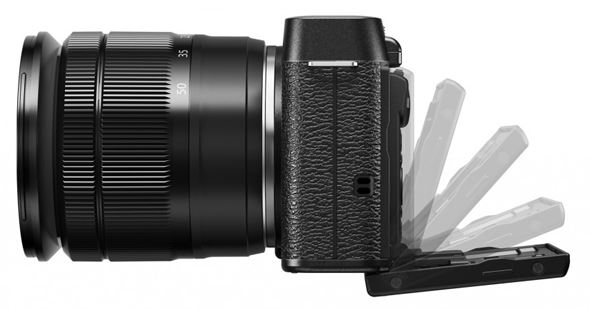 The Wi-fi capability is also a real bonus; you simply shoot with the camera and, using an app on your smartphone, transfer the image to edit straight away. This is going to be great for photographers who want to send images across the wire, or edit on the go. I made some lovely images via my phone using Snapseed just seconds after clicking the expose button on the camera. 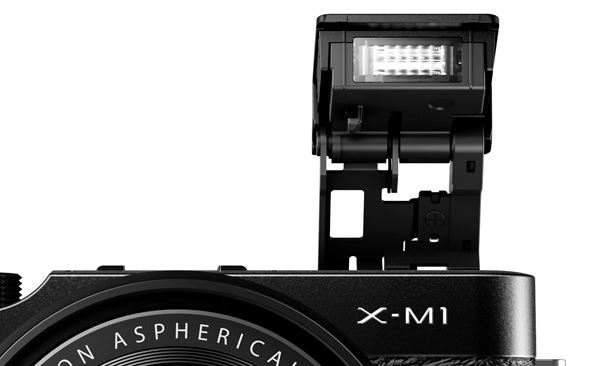 As we'd expect, the camera allows shooing in native Raw format as well as JPEG, to SD, SHDC and SDXC memory cards. Fujifilm has included the Advanced Filters that made their debut in the X100S, namely Toy Camera, Miniature, Dynamic Tone, Pop Colour, Soft Focus, High Key, Low Key and Partial Colour (although these will only work in JPEG mode). It also records full HD movies and there's a return of the neat “push pull” pop-up flash, which is great for night shooting.

My review model came with the Fuji 16-50mm f3.5-5.6 XC OIS lens; when attached to X-M1 it combines to produce a substantial (but not heavy) feel in the hand. 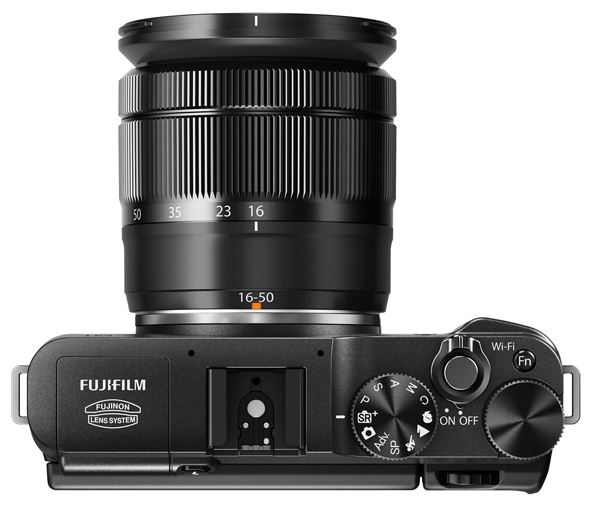 The X-M1 body itself is very light, coming in at 330g compared to the 450g or so of the X-Pro1. While Fujifilm is to be applauded for cramming so much technology into such a small body, the camera does tend to be lens-heavy, tilting forward in the palm towards the lens due to the centre of gravity of the combined elements. I do wonder what the ergonomic feel of this will be with the heavier zoom lenses. The layout of the dials and buttons are well thought out, though, with the Q button, movie record, AF Point Selector, Macro Selector buttons all easily reachable with the thumb. 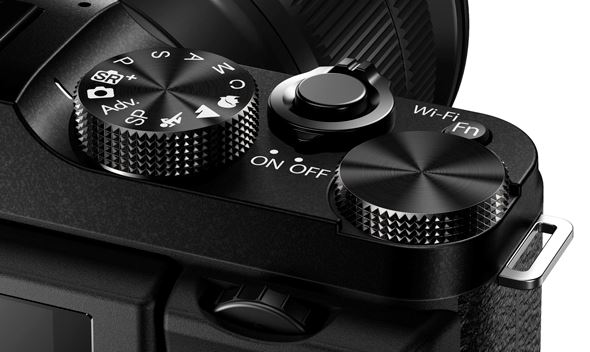 There's no shutter speed dial on the X-M1, which at first seems perplexing, but the large top-plate dial can be used to select the shooting mode, and in the manual modes also for setting the shutter speed. It takes a while at first to get used to the layout of the dials and rockers, but after that it’s easy to use the camera in both Automatic, Aperture-priority, Shutter-priority or Manual modes.

The menu system is very similar to the other X-series bodies. Perhaps slightly confusingly, the menu options change depending on which shooting mode you are in; I would prefer to see menu items enabled and disabled between modes rather than the menu change completely.

The Fuji X-M1 uses a contrast-detect AF mechanism, and although it uses a slightly different processor to the X-Pro1 and X-E1 the images are still magnificent. Central to much conversation around the X-Series cameras is the autofocus speed; Fujifilm has worked on the AF across the board and, out of the box, the X-M1 impresses. The AF snaps into place quickly, and with the OIS lenses I found I could shoot quickly, from the hip, at relatively slow shutter speeds such as 1/30th of a second. I did not experience any back- or mis-focused images at all (apart from user error) throughout my testing of the camera. 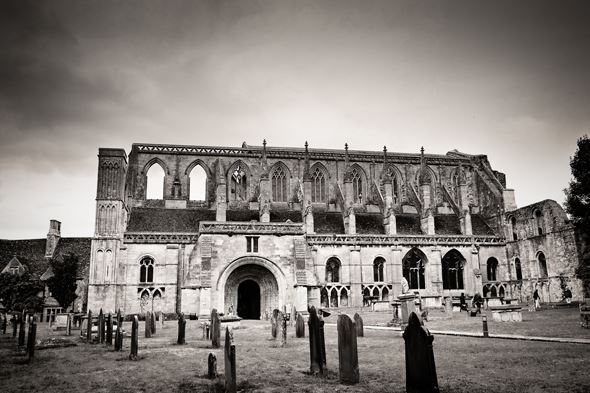 I shot continuously for several hours and didn’t notice a drop in battery gauge on the camera. The batteries in the X-series models are small, and so they tend to have a shortish charge (especially when using the LCD displays), but I was pleased that I didn't have to recharge the battery despite using the camera for extended periods of time.

Due to lack of an anti-aliasing filter in front of the sensor, images from the Fuji X-M1 are sharp, and there's little or no moiré evident at all (often an issue when such filters are removed). I’ve always been amazed at the image quality poked out of Fujifilm's X-Trans sensors and the X-M1 is no exception. 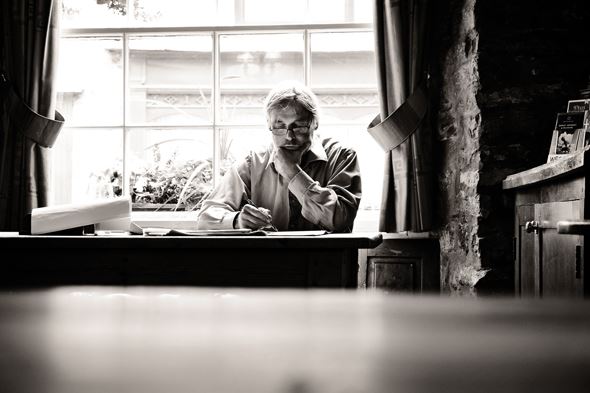 I tended to use the Spot Metering mode the most, as I do with the X-Pro1, especially in low light. I found shooting at ISO levels of up to ISO 3200 very acceptable, and only at ISO 6400 was noise more noticeable. In comparison to the X-Pro1 and X-E1, I think the noise handling of the X-M1 is slightly weaker. I shoot a lot of available-light photography, and so rarely use flash, but the ability to use the small pop-up flash as a fill-in light quickly resolves any extreme low-light compromises. The flash is directional too, meaning you can easily bend it to bounce the light off the ceiling for example. 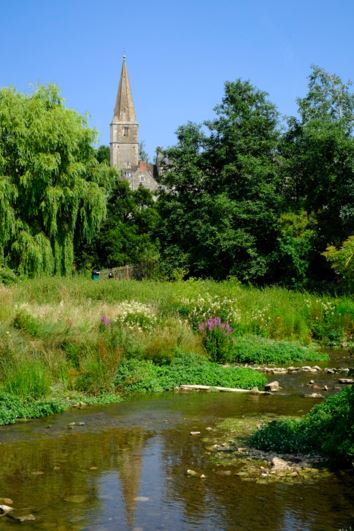 The JPEG quality straight of camera is wonderful, on a par with some of my DSLRs. I tend to shoot in JPEG these days as the camera's processing system cleans up the image and exposures so well. The colour saturation across all of the colour film emulations is just beautiful, with almost perfectly matched greens and blues thanks in part to the camera's accurate Auto White Balance system. The X-M1 doesn’t have as many Film Simulation modes as the X-Pro1, but the standard Provia, Velvia and Astia produce accurate tones and colours to represent these famous Fuji film stocks. 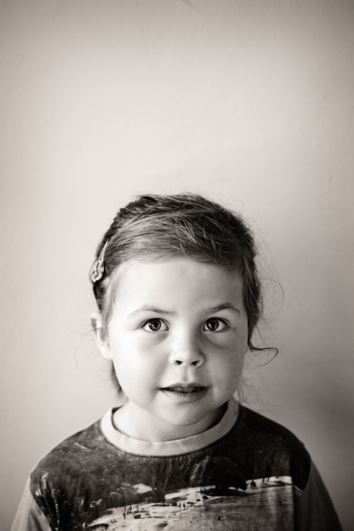 Although I don’t use the Advanced Filters often, there is a current genre of tilt-shift/miniature style of imagery that's popular right now, and I was actually quite taken with this mode. The images produced are sharp and I can see this being used creatively by quite a lot of people. I am, however, a huge black and white shooter. I tend to use the Black and White mode when shooting almost entirely, although a Sepia mode is also available. Even if shooting Raw I will have the Film Simulation set to Black and White which helps in my metering of the scene. The black and whites the X-M1 creates are lovely, deep, silvery tones, with details throughout the shadow and highlight range where appropriate. 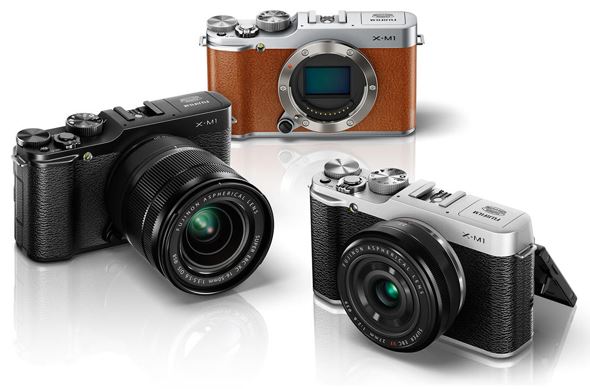 The question I ask myself when reviewing a new piece of equipment is “would I buy this?”.  The answer with the Fuji X-M1 is a very definite yes. Even as an owner of an X-Pro1 I can see a place for the X-M1 in my street shooting, particularly if I need to go somewhere where I want to edit on the go or send images wirelessly. While the image quality is very close to that from the X-Pro1 and X-E1, the flexibility, performance and ergonomics of the camera may be the deciding factor when choosing between the three.

Undoubtedly, the lack of viewfinder will be a factor on many people’s minds, but I would encourage you to have a go with the tilt screen and see if the benefit of that flexibility outweighs the tie-in to a viewfinder.  It is a shame that the LCD is not touch-operated, though. Still, I'm really pleased that Fujifilm has put this camera to market at the entry level, and I’m sure the newer, cheaper range of lenses will be widely adopted by users of this camera. If you want something that packs the same punch as an X-Pro1, but at a lower price point, the X-M1 is a great option.

Kevin Mullins is a documentary wedding photographer. You can see more of his work on his website, and you can also find him on Facebook and Twitter