Lomography brings a Russian classic back to life with the Russar+ Art lens, a remake of the Russar MR-2 from 1958. Is it a success? Find out in our Lomography Russar+ Art Lens review…

What a lens this is.

Before I start digging in, let me tell you that despite my bond with any German or Japanese-made glass, I also love Russian (or formerly USSR) vintage lenses. Many of them started out as clones of the German bests, notably from Leica and Zeiss. The Russar+, like many modern-day Russian lenses, is simply a reworked model of the legendary old USSR MR-2 ultra wide lens. If you want to learn more there’s plenty of historical information at Lomography’s website. 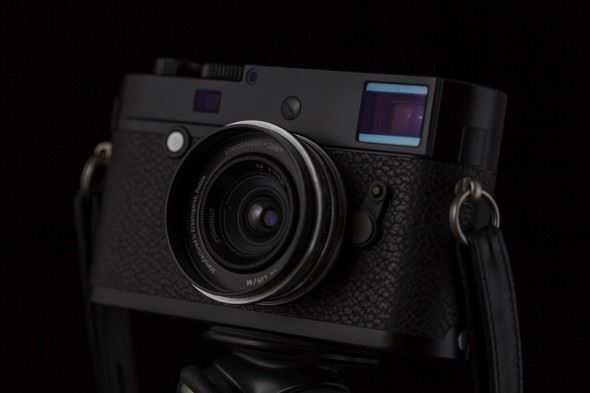 I must take a moment to thank Lomography for their continued dedication to the cause of bringing back film photography over the past few years. Yes, perhaps they are still perceived as the hipster gods or a community of trend-setters, but without Lomography, film would be doing a lot worse than it is now. Indeed, film is coming back in many ways for the dedicated, and I am even starting to see some professional wedding photographers using this ancient medium once again. Great! 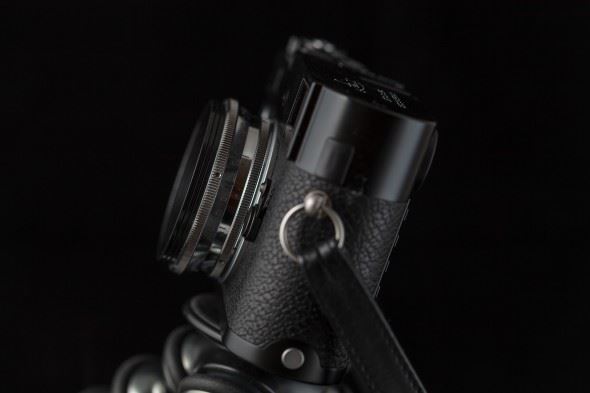 For those who don’t know too much about Zenit – the guys who made Russar+ for Lomo – they are considered a premier optics company in Russia, and since World War II have produced many cameras and lenses for Russia’s domestic market. One of the classics that many photography students still use these days is the fully mechanical basic Zenit-E SLR. I in fact have four of these, and even have the weird Photosniper version that comes coupled with a gunstock and a 300mm Tair lens. This Tair lens, incidentally, is a spectacular tele in its own right, and shows that Zenit is no stranger to making quality lenses.

For me, 20mm is a weird focal length. A quirky focal length. A fun focal length. Why? Well, those who love street photography usually use something between 28mm and 35mm (in full frame terms), and anything wider will generally be considered more suited for landscape or architectural photography.

However, this is only a norm, and not even a guideline. Anyone talented will be able to make use of any lens in any given circumstances. So while 20mm makes for a very wide lens, it’s because of this wideness that you can create some pretty dramatic photographs. On top of that, you get lomo-ready vignetting and colour-shift effects at any given aperture. With clever use of angles and lighting, you can definitely make something special.

To me, this is a fun lens to have when I am out with friends. It’s perhaps useable for some street photography work, but due to its rather restrictive f/5.6 aperture it’s only great in bright sunny days in the summer. Yes, of course you can crank up the ISO these days, or use super-fast Ilford 3200 film (and perhaps push another stop to get that extra grittiness on the final images to impress your Lomo buddies), but it’s not a suitable or flexible option for professional work. 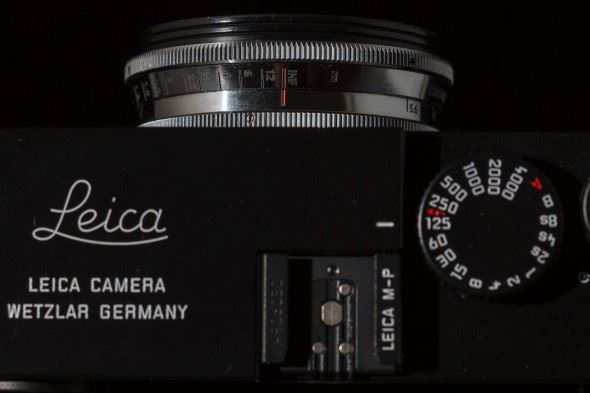 Like any old lenses from the past, the Russar+ is made from solid brass and glass. It’s very compact, and when mounted on my Leica M (the lens has Leica’s old L39 screw mount, which will require an adapter to work with any other cameras) it makes it look like an old fashioned point-and-shoot film camera. It may not have the same tactile feel of modern metal lenses from Leica, Zeiss or Voigtlander, but it’s well put together. Despite being made from brass, it doesn’t feel heavy, probably because of its squashed-up size.

Because it’s a rework of the 1958 USSR MR-2 lens, the Russar+ inherits almost all of that lens’ characteristics too, like heavy vignetting at any given aperture with a little bit of halo and coma at its widest aperture setting. To me, this is a ‘character’ lens (or, to use Lomography’s term, an art lens). So if you are after something that creates a vintage look but comes with a warranty then this is it. 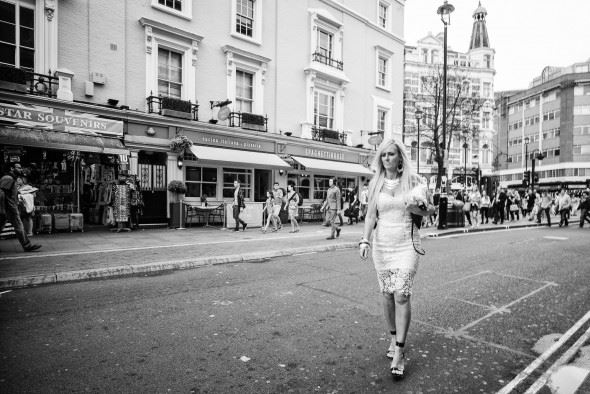 (By the way, a secondhand old USSR copy on an auction site will set you back almost the same amount of money, so why buy used when you can get a new one for just a little bit extra?)

First, you have to understand that this is a non-couple rangefinder lens, which means you can’t really focus through the optical viewfinder. However, given its ultra-wide focal length and modest aperture, you will probably never need precise focusing checks. For me, this is a good old-fashioned snapshot lens. Every shot I made with this lens was achieved via hyper focusing or zone focusing techniques. In good daylight, this is a non-issue because most of the time you will be using it at f/8 or narrower, meaning that almost everything it sees will be in focus. Like any vintage lens, its optimal sharpness isn’t at f/5.6 or f/6.3 but more like f/8 or even f/16. If you want sharpness, you need to take the Russar+ all the way to its smallest aperture setting of f/22. But frankly, this is a pretty sharp lens already, especially given its old age (design-wise). It’s certainly good enough for any 35mm film camera and any under-20-megapixel full frame camera. 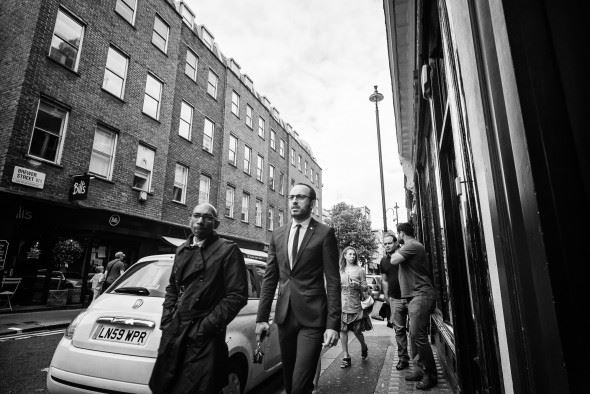 Because of its tiny dimensions, it’s a very portable lens, and when I coupled it with my M the combination felt just like a point and shoot. I didn’t use any Live View or EVF – I was just snapping, snapping and snapping.

Interestingly, when the lens is mated to the latest digital M (Typ 240), the combination is back-heavy. Yes,back-heavy! So when the rig is hanging around your neck, the camera actually tilts backward! This is only an issue with digital and doesn’t happen with the film Leicas, but in either case it’s not going to affect the handling because the overall package is just so light. 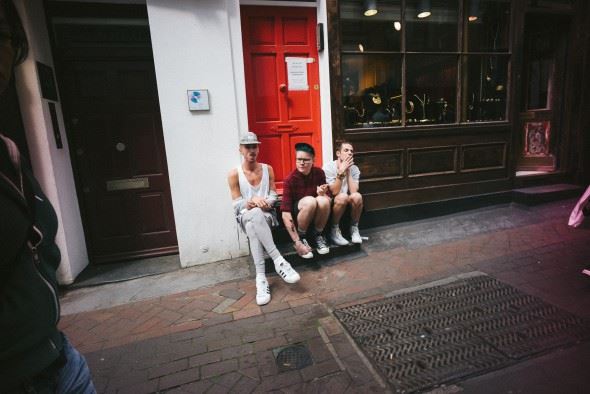 While the focusing (or lack thereof) is easy, setting aperture can occasionally be cumbersome, with the aperture ring right at the front face of the lens. There’s no ‘click stop’ either, making absolutely precise aperture-setting a matter of guesswork. However, bear in mind that Russar+ isn’t a precision instrument. It’s nothing like the Leica M, Zeiss ZM, or even the Voigtlander VM lenses – you don’t need to be serious about settings. No worry, no hassle. The Russar+ does free your mind in terms of snapshot or reportage photography.

While this is a fairly sharp lens (very, very sharp by 1958 standards), pixel peepers will not like it. It lacks micro contrast of the highest quality modern day designs, and it colour-shifts like hell at the edges of the frame due to the extreme angle of light hitting the digital sensor from the protruding rear element. Even with the offset micro-lenses of the Leica M sensor, red shift is still present. Some may like this as an effect though, especially when you convert it to black and white and it simply becomes a gorgeous vignette. Of course, if you’re using it on film cameras you won’t need to worry because there will be no colour shift, just vignetting. 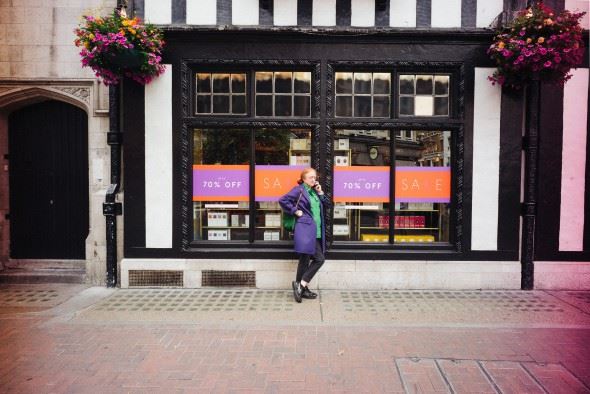 There are ways to correct the colour shift phenomenon; Lomography suggests correction by manually coding the digital M body to Leica 21mm Pre-ASPH (#11134). Though I didn’t find any of the presets to work too well either, and besides if I’m shooting Raw (which I do) then the coding correction doesn’t really come into effect anyway. I could always custom-correct the colour shift and create a preset for it in Lightroom, but in the end however I simply ignored it and left the red shift in the photos for a Lomo art feel. 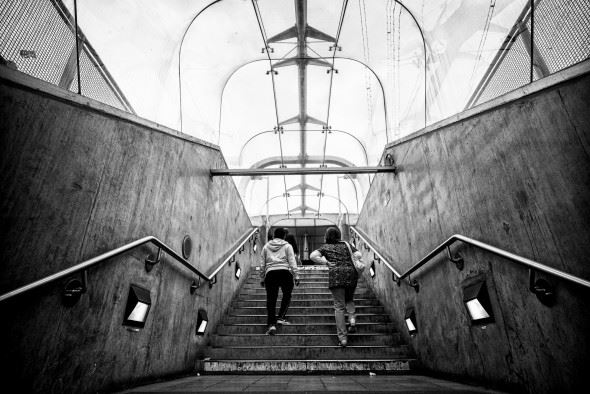 One positive worth noting is that Russar+ doesn’t have any visible distortion, which is pretty amazing given its focal length and age (design-wise). Straight lines are straight – very straight! No matter how I angled the lens, pictures always came out straight.

Lastly, I do think that the Russar+ is very much a black and white lens, at least to me and for my street work. The halo and coma actually adds texture to black and white pictures, and it’s rather the opposite case in colour. I managed to get lots of interesting mono photos just walking around London. But of course, this is my personal preference since I love black and white street photography. With a little twist in Lightroom, pumping the contrast and vibrancy a little, colour photos can look perfectly nice and punchy. Amazing, given that this is a 1958 design. 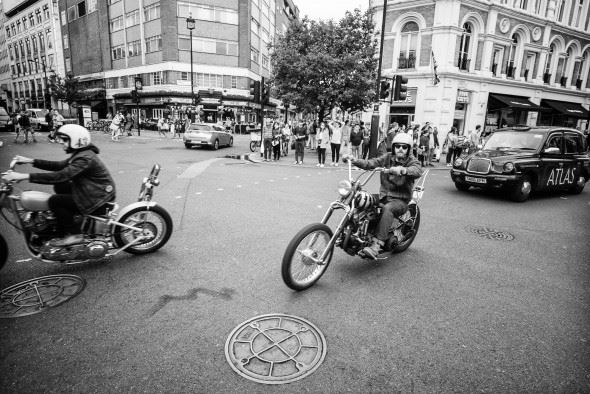 The Russar+ is certainly not a lens for everyone, but for every Lomographer and all of those quirky effects-seeking experimental photographers (me included) out there, I do think it’s a must-have. After all, there are always times that you don’t want to be too serious! Its relatively high price could put some people off, especially when Lomo’s latest Minitar 35mm lens is selling for a lot less with a modern M mount, proper rangefinder coupling and a two-stop faster maximum aperture! But I have yet to test that lens so I can’t say which of the two is best. 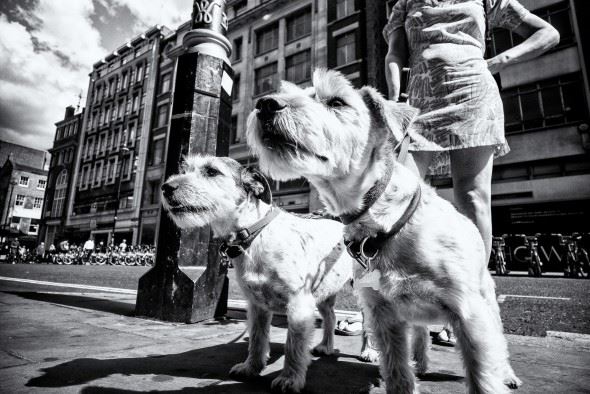 Remember, however, that in order to enjoy the fun you’ll need a full frame digital camera, or a film rangefinder camera (there are tons of L39-compatible cameras around for cheap from brands like Japanese Canon or USSR Zorki or FED). I wouldn’t suggest you to use the Russar+ to shoot with a crop sensor or even micro four thirds, despite what Lomography suggests, simply because you will lose all of the character I’ve been talking about. Especially in the case of micro four thirds, which will make this 20mm act more like a very old standard lens (40mm equivalent in full frame). But since the majority of Lomo-guys are film lovers anyway, they are guaranteed a treat with what the Russar+ brings in terms of quirky effects.

Overall, what impresses me most about the Russar + is its easy and careless character. The end results can be very dramatic when the lens is used in the right way. It may not suit everyone’s taste but like any old Russian lenses, the Russar+ has a place in my heart when I want to create something interesting.