Last weekend I arrived at the Halo British Downhill Series Round 4 at Moelfre on the North Wales/Shropshire border at about 11pm and in the rain (after all we were in Wales). After pitching a tent and getting some kip I was looking forward to another weekend of seeing friends, taking photos of some of the best riders in the world, and having fun.

That’s all well and good, but before turning up to a cycling event to shoot photos (or video) it pays to think about how you’ll stay safe and avoid getting in the way of the riders.

I've shot hundreds of bike races both nationally and at world events over the last four years and I’ve learnt what to do (and what not to do) to keep myself, my gear and the riders safe. 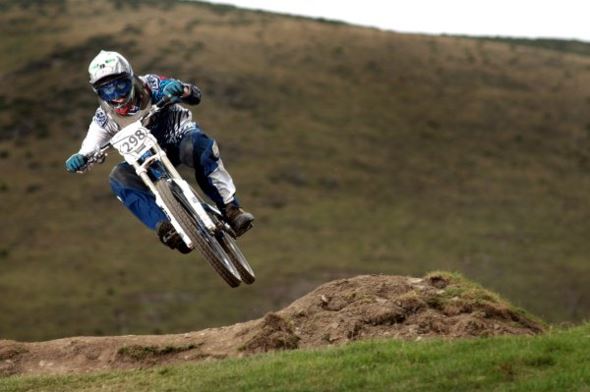 I’ve had a few run-ins with bikes before and had a few pieces of gear hit, but if you don’t want the same photos as everyone else you need to think outside the box. Sometimes this means standing where you might have to be able to move. Fast.

A good place to start is picking a spot to shoot from. With all events, you can’t go inside the tape marking the course, you just can’t! Get as close to it as you can, but don’t shoot from any of these spots: places with lots of knots in the tape (where others have gone through), on the back of bends where rocks will be flying out, under jumps, or where you’ll be in the direct line of a riders sight (and might put them off). 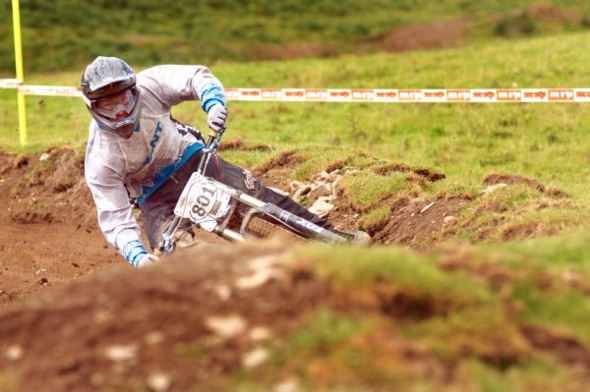 When to use your flash

Once you have a good position, you need to decide which lens to use and whether you need to use flashes or not. This is a really important point to consider as you don’t want to endanger the riders.

If a rider crashes, they’ll be looking for something (or someone) to blame, and if you have flashes set up that happen to be pointing at their faces, on full power, in a nice dark spot of the track, they probably won’t be wrong in saying they were blinded.

As a rider and racer myself, I know that in the heat of a race you don’t usually notice flashes going off. But if it’s like the one I mentioned above, then you definitely notice it. Like a stun gun, you can’t see a thing for a split second and at high speeds, that’s enough to make you crash.

So I'd suggest you bump up the ISO one stop, bring the flashes down, move them to the sides of the rider (not pointing towards their faces) and keep them off the track.

There’s been many times when I’ve seen photographers put a big tripod with flash attached right on the tracks. Other than the obvious risk to your gear, you need to think about the safety of the rider (who is likely to crash and fall off). 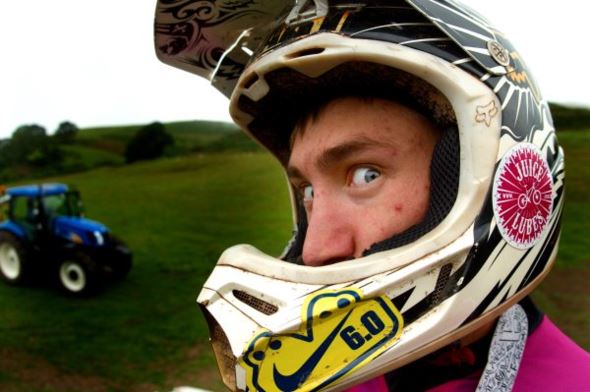 A rider on the uplift

And it’s not just the riders you have to look out for...

Your interaction with other photographers on the hill is something else you should consider when shooting a bike race.

Generally, we are a pretty friendly bunch of guys who aren’t trying to undercut each other.  Don’t be surprised if someone 40 feet behind you, hidden in a bush, trying to get a unique shot, gets your attention to politely tell you that you’re in their way - they were there first, so it’s their spot. The rule of thumb is whoever is at the spot first, gets to shoot there (no matter how experienced they are).

One last tip: ‘Please’ and ‘Thank You’ cost nothing and they make a big difference. Even at World Cup events Sven Martin and Gary Perkin (two of the world’s best bike photographers) are nice and polite to young photographers who they don’t know from Adam (like myself) and that says a lot. Even if your work is good, people won’t want to be associated with or use the work of someone who’s got a bad reputation on the track. 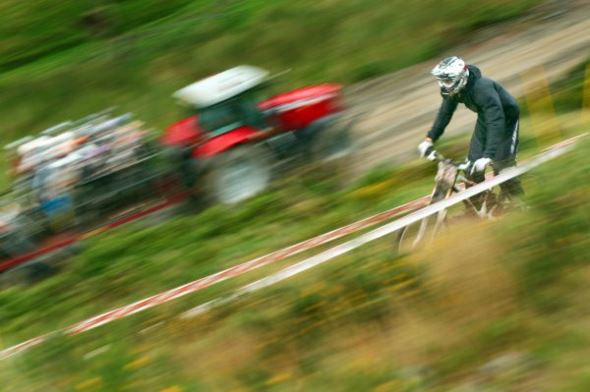 Harry Molloy (who came 5th overall) speeding down the track

So, there's a few tips to use next time you check out a bike event with your camera. Hopefully they'll make you that little bit safer - and popular with riders and fellow camera geeks alike.

Now go out and shoot!