In the first two parts of this series (here are links to Part One & Part Two), I discussed the technical aspects of field studio photography and the equipment you need to make these remarkable images. Let’s look now at particular aspects of working with the three main subject groups: plants; small terrestrial animals and underwater subjects.

Given that there are normally no elements in the shot other than the plant itself, its own form creates the composition. And rather than setting up all the gear around the first specimen I find, I prefer to take the piece of acrylic to “screen test” a number of candidates until I find the one that fills the space most attractively. Since this technique uses a lot of equipment, I’m careful to minimise damage to other plants by working, if I can, with isolated specimens or those on the edge of a colony. If vegetation round the subject is getting in the way, hold it down (rather than break or cut it) with piece of card or Flyweight weighed down with small stones:  it will soon rebound after the shoot is completed. 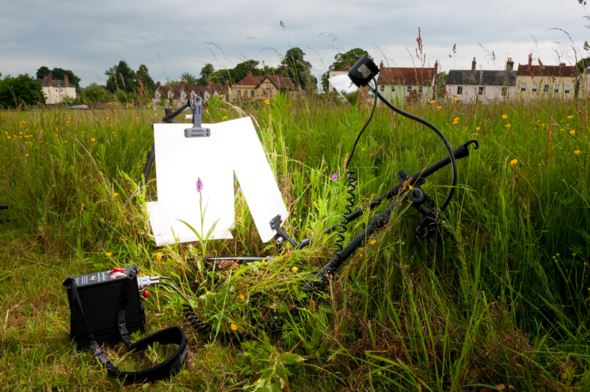 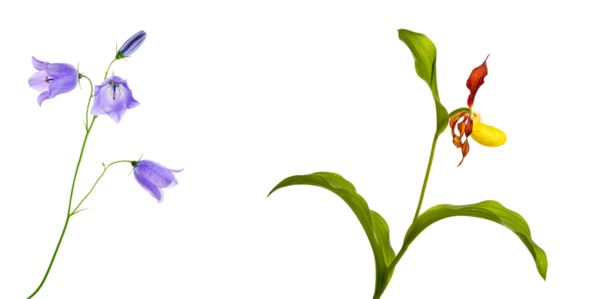 Working with reptiles, spiders or insects on the transparent set is a little more involved: few want to stay in one spot for very long, especially in such an alien environment. It’s therefore much better to assemble the set and position the lights before you even start to look for animals to photograph. It’s good practice, too, to set everything up in the shade, both for the sake of the animal and to reduce the risk of daylight influencing the exposure. To find insects you can sweep through tall grass with a butterfly net or put a white sheet under a bush before shaking it gently. Wood piles and under stones are good places to find other animals but it’s all to easy to wreck fragile homes. You can use a soft 1-inch paint brush to direct specimens into collecting jars: just be careful not to mixed predator and prey species or your cast will be reduced... 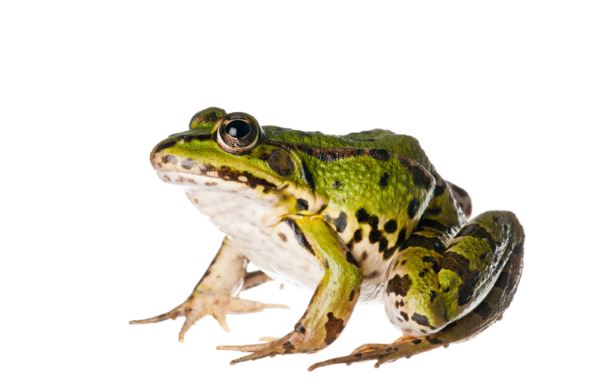 Edible frog in the field studio

On set, most animals will gravitate towards the corners and some gentle wrangling with the paintbrush may be called for. I’ve only come across a couple of species that are too active to follow: others can be calmed by being covered on the set, temporarily. When they emerge from the darkness, there is a moment or two while they adjust to their surroundings before they set off again. I particularly enjoy shooting crickets and grasshoppers with the transparent set on its side (rather than shooting directly down on them) and rather than hopping out of the front of the set as you might imagine, they tend to gravitate towards the back.

It’s good practice to keep the time on set as brief as possible and if you haven’t got the pictures you want after 15 minutes, its time to try with something else.

This is where it gets a bit trickier. The principles of maintaining the right distance between subject and white background apply just as they do with the transparent set so the back of the tank is clear and the white background is positioned anything up to 2.5m behind it, depending on the transparency of the subject. You’ll have to use purified water (tap water may contain chemicals that don’t agree with the subject) or inexpensive mineral water from Lidls to fill the tank. Put the bottles in the pond where the subject comes from for half an hour or so before the shoot starts to get the water to the same temperature. To minimise the amount of debris in the tank, fill two holding containers as well. The first one receives the subject while the second is used to rinse off remaining detritus. Use a separate, clean net to transfer the animal to the tank for photography. 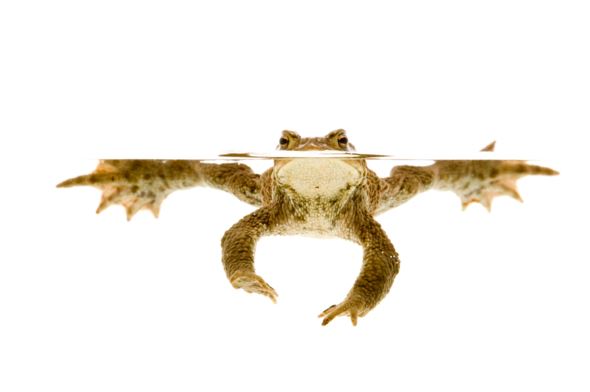 The less water you need to shoot through, the better, so use a clear partition in the tank to keep the animal to the front of it. The biggest problem you’ll encounter is bubbles on the front pane that are released as the water warms. You can reduce the problem by working in the shade – which is good practice anyway to prevent the animals from over heating. Reflections aren’t an issue: everything in the tank except the subject is pure white anyway. The only place they may be visible is in front of the animal but by positioning the front, diffused light above the tank, the flash doesn’t show and if you’re in the shade, shooting at 1/200 second at f16, daylight isn’t going to register.

It’s amazing how quickly small creatures from water tigers to newts get around the tank so I work without a tripod, taking advantage of the swift autofocus of my Sigma 150mm macro lens. 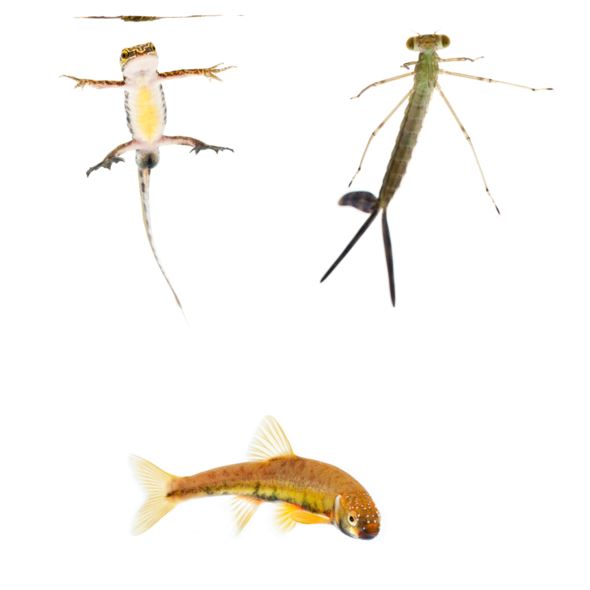 Field studio is not the most straightforward of techniques, but with a little application is soon mastered. The entry point is low, in terms of costs, but the potential to produce original work, especially when you begin to composite images, is high.