Wildlife and landscape photographer Darrell Jordan has been to Arctic Norway to photograph the aurora borealis several times. He's shared with us his advice for photographing this incredible phenomenon, from the gear you'll need to suggested cameras settings and tips on composition... 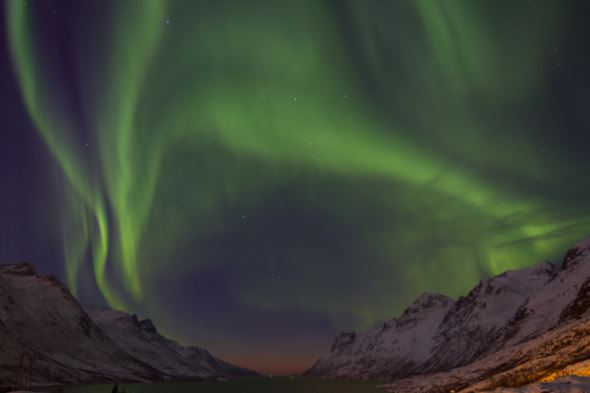 Capturing images of the aurora borealis, sometimes called by others as Frigga's loom, dragon’s breath, nordlys or the plain old northern lights is probably on the bucket list of many photographers.

Winter 2012/13 or 2013/14 is the prime time to see, experience and photograph the auroras as these years coincide with what is referred to as solar maximum which happens roughly every 11 years. This is where solar activity, which impacts directly on the auroras, is at it's maximum (hence the name) and this goes in these regular cycles.

I have been lucky enough to photograph the auroras both in 2012 and 2013 in Ersfjordbotn near Tromsø, some 217 miles inside the arctic circle. This may seem to many as a far flung destination, but flights can be booked directly to Tromsø from airports in the UK with an average flight time of just 3 ½ hours. Ersfjordbotn claims to be the most picturesque fjord in the world to photograph the auroras and I for one won’t dispute that claim. 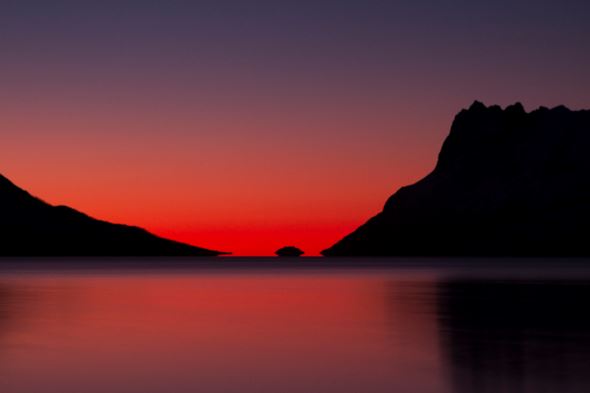 The auroras unfortunately aren't switched on like a light switch and you are very much at the mercy of mother nature. They can appear anytime between 5.30pm and 4.00am, but usually in Tromsø they are viewed between 9.00pm and 12.00am when the aurora's circle is directly overhead. I have seen the aurora last anywhere between 10 minutes and 3 hours - there is no timetable that it runs to and it can come and go through the night as well.

Gear wise you will need a fairly wide angled lens, one typically you would use for your landscape photography, a sturdy tripod and shutter release (wired or infra-red) and plenty of batteries. The temperatures can vary from +4 degrees centigrade down to -20 depending on when and where you go and battery life at -20 degrees is severely depleted.

I typically use either a Sigma 10-20mm f/4-5.6 or a Canon 16-35mm f/2.8 L lens. The wider angle the lens the more you can fit in of the surrounding scenery or adjust as necessary as dictated by the auroras, assuming it is not a fixed focal length. This is because as the aurora appears in the night skies it changes size and mass quite quickly and you need to be able to adapt to the situation by adjusting the angle you are shooting at. If you are shooting at 20mm and the aurora does increase in size and strength you may find yourself needing to pull back your lens to around 10mm to 16mm to accommodate this and ensure the image you are after fits in the frame. 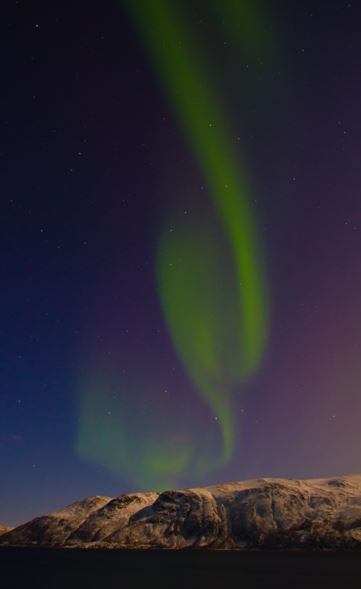 I shoot on Canon equipment and when capturing my images I set my camera to bulb mode. I set my lens to manual focus and just pull this just very slightly back from the infinity mark as this is usually where you will get the sharpest images. You will need to open your lens to its maximum aperture, although you can experiment as you go, but I never go above f/5.6. ISO wise, I set my camera anywhere between 320 and 4000 ISO, this is constantly changing depending on the strength of the auroras as do the exposure times which I control through the cable shutter release that I use with the bulb setting.

The stronger the aurora, the lower you can set the ISO and exposure times can vary anywhere between 4 and 30 seconds. A standard setting would be close to f/2.8, f/3.5, f/4 depending on your lens’s maximum aperture and ISO 800 with an exposure time of somewhere between 5 and 10 seconds.  As the aurora moves you may see it gain strength and change shades of green or even different colours if you are lucky enough and this is where you need to adapt your settings to ensure you capture the right image. It is almost like capturing a fast moving cloud that very quickly changes shape, size and colour. Most DSLRs are now able to reproduce perfectly acceptable images up to 1600 ISO and I tend not to go higher than this, although sometimes, as previously mentioned, I do go up to 4000 ISO.

If you are or want to go and photograph the aurora borealis then I strongly suggest that if you aren't familiar with you camera's manual settings that you go and familiarise yourself with these before you go as you will find the experience very useful. 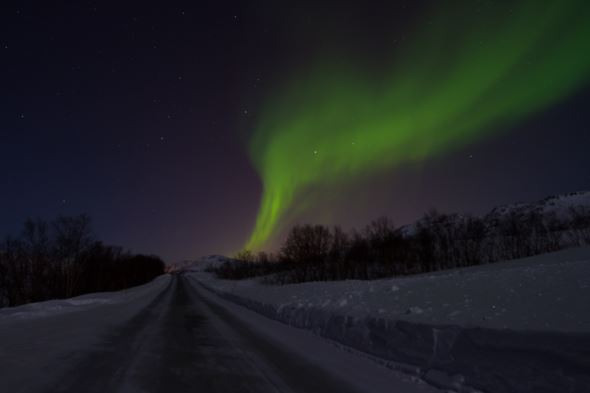 Some more tips for photographing the Northern Lights:

- Try and include something in your images that gives the scenery and the actual size of the aurora some perspective such as roads, buildings or structures that don’t have too many lights on (like in the example above). These will only add to your images.

- Try and find an expanse of water and get as close as you safely can to this and shoot low down as you will then get the reflection of the auroras in the water. 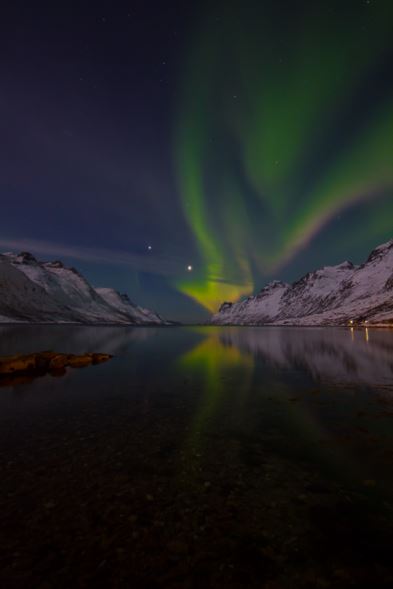 - One enemy of the auroras is cloud as they are typically way above their level in the night sky and nobody really wants to photograph green clouds.

- I have been to Norway twice and experienced on both occasions 5 days of adverse weather that curtailed any chance of seeing the lights, so go for as long as you possibly can. If you go just for a weekend you could come home very disappointed with only a glimpse, if you are lucky, of the auroras. On average you may get 1 or 2 totally clear nights every 10 around February/March time.

- A word of warning, Norway and most Scandinavian countries are some of the most expensive countries in the world and so be prepared. On average a main course in a restaurant in Tromsø without alcohol will set you back £30-£35 per person and you will be lucky to find a loaf of bread costing less than £3 in a supermarket and a pint of beer costs £10.

- If you are brave enough, hire a 4x4 car and chase the light or the clear skies you need to view them. This makes for a really entertaining evening, just check the excess insurance before you do so as any accident could cost you.

- Tromsø has breathtaking locations and vistas as well and offers some great opportunities capturing images at sunrise and sunset. The weather can quickly turn though and the wind is biting in open areas.

Finally, please keep this in mind if you are lucky enough to go and see the aurora borealis: NEVER wave at the lights as this is considered incredibly bad luck.

Have you photographed the Northern Lights before? Or is it on your dream list of subjects to capture?

Darrell Jordan is an enthusiastic amateur landscape and wildlife photographer based in Buckinghamshire and IT professional by day. He has had his work featured on the BBC Springwatch and Autumnwatch TV shows as well as in various photography magazines. He has now been lucky enough to capture the aurora borealis in 2012 and 2013 in Tromsø, Norway.