Monday November 14th will see the largest supermoon for decades. Chris Grimmer explains how to capture it 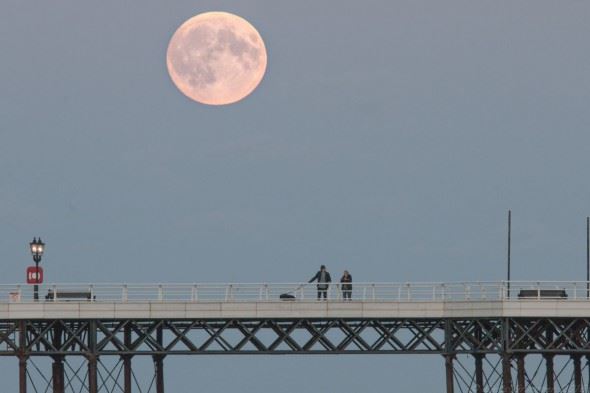 All images by Chris Grimmer

This November will see the largest and brightest ‘supermoon’ since 1948, giving us photographers the ideal opportunity to grab a spectacular image.

I was lucky enough with the weather and got an image of the Super Moon that happened in September 2015, which I was pleased to see short-listed in the ‘People & Space’ category in the 2016 Insight Astronomy Photographer of the Year awards via Greenwich Observatory. 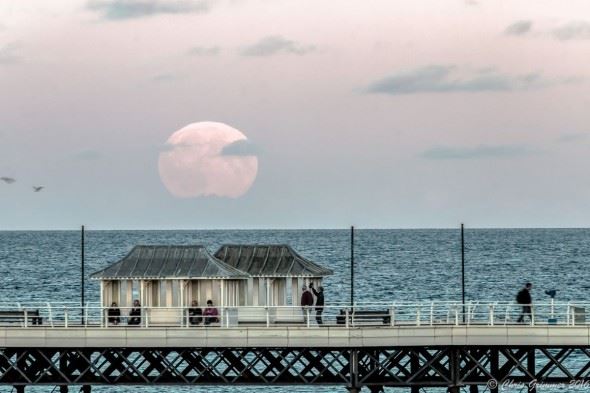 For this article I’m going to explain how you can get a shot like this of the upcoming supermoon.

What is a ‘supermoon’?

The term supermoon seems to be a recent one, most commonly used by the press, but why is this month’s full moon any different to others?

Well, the moon orbits the earth every 27.3 days, but its orbit is elliptical or oval in shape, which means the Moon gets closer to the Earth at certain points in its orbit (Perigee) and further away at others (Apogee). The difference in the two is around 21,350 miles, with the moon having an average distance to the earth of around 237,700 miles (the Apollo astronauts had a very long commute to work).

This month’s full moon falls at the moon’s closest approach, giving the largest apparent size since 1948, so potentially the largest appearing Moon many of us would have seen. To the naked eye will it appear bigger? Probably not. But then how do all these photographers get these photos of the massive moon dwarfing people, structures and famous landmarks? Well, there are a few tricks to achieve that and that takes us to the key point in photographing the supermoon.

When to photograph the supermoon

Most people will have taken a photo of the moon at some time and more often than not been disappointed to see a massively overexposed moon or a foreground that is too dark to see.

This is where time of day comes in to play. You’re aiming to catch the moon while there is still enough light to illuminate your choice of foreground. So before venturing out, start planning. Check what time the moon rises, what time the sun sets, when true darkness starts, and so on. One of my favourite applications for this is the ‘The Photographer’s Ephemeris’ (TPE) which gives you all the above information, plus the ability to see it all on a satellite image.

Also don’t just concentrate on the moment of the full moon, check times of the days either side as sometimes these can work better, especially with our weather.

The best time to catch it is just after the sun has set, but before the beginning of total darkness. Get yourself to the location early, then get set-up and ready to go by sunset. Take a series of images over a 30-minute period, or until you lose the light, as the moon rises quickly.

The other advantage of catching the moon as it rises is its size, which will appear massively magnified. This is due to a phenomenon called atmospheric lensing, in which the curvature of our atmosphere acts like a magnifying glass, thus making the moon appear larger.

Where to photograph the supermoon?

The next thing to consider is where you want to photograph the moon. What foreground features, buildings or landscape are you going to use? This is important, as you will always want to tie the background and foreground together.

For my image I used Cromer Pier, which just happens to be perfectly situated to get the moon rising over it at the right time, and with plenty of places to set up. However if you are shooting inland, or using taller foreground objects, remember this will affect the timing.

If you’re in a brightly lit city, don’t despair, use the lights to your advantage and go out a little later. Use the city’s lights in the image to balance your exposure to match the moon.

One other thing to consider is distance to the foreground object/s – the further you can get away from the object the better, which takes us to the next point.

Equipment for photographing the supermoon

For this type of photography you don’t necessarily need a DSLR, but a camera with manual settings control and a good sturdy tripod are a must, as you will be shooting in low light. 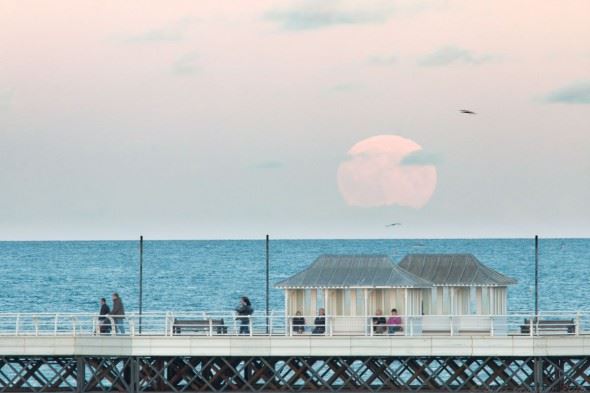 This was taken at a focal length of 400mm

This was taken at a focal length of 131mm

So if you have a very considerate partner or friend that doesn’t mind standing out on that wall, building, hill or mountain, then you have the potential for a fantastic image (or a falling out).

This will in most cases depend on your camera and lens combination, but I would generally recommend the following:

Aperture – Try keeping within the f/11 to f/20 range to try and give you the best chance of keeping the Moon and foreground as sharp and focused as possible. Mine were shot at f/11.

ISO – Keep it as low as you can, as you will probably need to work the images in post processing, and thiswill highlight/increase any noise in the images.

Shutter speed – Now this is where a steady tripod will come into its own, as you will need to push your exposure time up to compensate for the low ISO and high F-number.

Finally don’t be afraid to experiment, see what works best for your own situation and get creative.

Some key dates and times:

How to Photograph the Leonid Meteor Shower