It’s easy to view the planets in our solar system – if you know how. Here’s our guide to planet-spotting from home 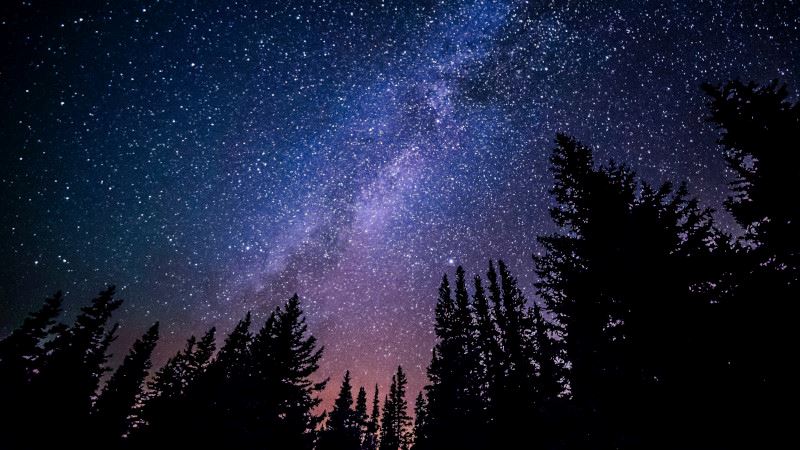 With Venus in the news for very possibly – just maybe – housing microscopic life in its atmosphere, there’s never been a better time to get out planet-spotting.

Though at first glance they appear to hide among our stars, the planets are actually very distinctive, and with a few tools at your disposal, you can equip yourself with everything you need to spot them.

In this guide, we’re running through a few tips, tricks and resources that will help you become a seasoned planet-spotter in no time.

We live in the information age, and there’s no point spending a night squinting at blobs in the sky trying to discern whether one of them has a particularly Venusian tint when you have access to some of the world’s best astronomy resources on a device in your pocket.

Websites like timeanddate.com are a great way to see at a glance which planets will be visible in your area on a particular night, and what rough times you can expect them to appear.

A graphic from Time and Date showing the visibility times of the planets. Credit: timeanddate.com

There’s also Stellarium Web, which gives you a navigable 360-degree look at the sky in your area, clearly marking out the planets so you can get used to where in the sky you might expect to find them. Don’t forget about smartphone apps, too! Android users can take advantage of the free Sky Map app, which effectively puts a planetarium in your pocket, allowing you to orient yourself towards planets, constellations or any other sky minutiae in real time.

Using SkyMap to orient towards Mars

iOS users, meanwhile, might want to check out SkySafari, an app that can use AR (augmented reality) to overlay the night sky where you’re standing, allowing you to know where the planets are no matter what the conditions are like outside. 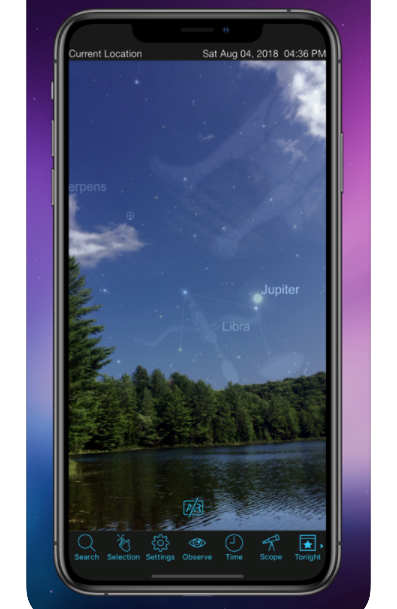 Using SkySafari in the day to find Jupiter

There are loads of resources like this, and happily, many of them are free! Experiment to find the planet-spotting tools that are right for you.

The best equipment to use

While it’s perfectly possible to see at least some of the planets with the naked eye, you’ll have a much more interesting time if you use some of the best stargazing equipment available right now. Here we’ve compiled a quick list of ideas to get you started. 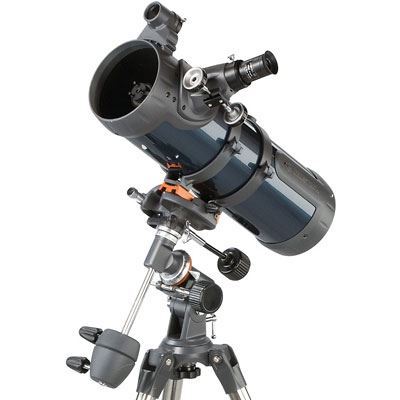 Celestron make some of the best telescopes in the business, and the Astromaster 114EQ Reflector is an ideal starter kit for someone taking their first steps in planet-spotting. It’s designed to be quick and easy to set up, with no tools required, and its 1.25-inch steel tube legs provide a secure and stable mount from which to conduct your planet-spotting.

With a powerful magnification factor, it can bring extremely distant objects into sharp relief, while the German Equatorial mount with setting circles provides a useful way to track sky-bound objects– including planets (Celestron has a useful guide to using setting circles here).

Find out more about the Celestron Astromaster 114EQ Reflector Telescope

The SkyAlign technology makes the telescope simple to set up, allowing you to get started tracking the planets in no time. The optics are treated with StarBright XLT high transmission coatings for a clear image, and on board is the “SkyX - First Light Edition” software, which includes a database of more than 10,000 celestial objects.

Find out more about the Celestron NexStar 4SE Computerised Telescope 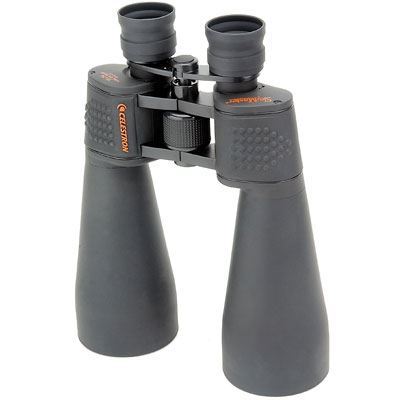 For a more portable planet-spotting solution, don’t count out the humble binoculars. Given that many planets can be seen with the naked eye if you’re in the right place at the right time, a good pair of binoculars. The Celestron SkyMaster 15x70 Binoculars are an excellent pair, designed to offer significant magnification and a beautifully clear image.

Lightweight but durable, and packaged with their own carry-case, the Celestron SkyMaster 15x70 Binoculars are a fantastic take-everywhere choice for those fleeting planet-spotting moments.

Find out more about the Celestron SkyMaster 15x70 Binoculars

An affordable telescope that’s great for kids and adults alike, the Bresser Solarix-76 Telescope comes with its own smartphone mount, allowing you to easily snap images of the wonders you spot out there in space.

With powerful magnification and a built-in solar filter, the Bresser Solarix-76 Telescope is a fantastic telescope for planet-spotting.

Find out more about the Bresser Solarix-76 Telescope

While there are many resources out there that make it much easier to find the planets, if you don’t have access to them, there are a few quick DIY techniques for sussing out where in the sky the planets are lying.

The key thing to do is find the ecliptic. The ecliptic is the line that the sun takes throughout the sky (or appears to take – yes, we know the sun doesn’t actually move). As the planets orbit the sun, they will follow the ecliptic and never stray too far from it.

To find the ecliptic, use the daylight hours. Stand in the spot where you intend to go planet-spotting at night, and note where the sun is at different times of day – which distant landmarks it crosses, the path it takes through the sky. Make notes if it helps. When night comes, if there are any planets to be found, they will be found roughly along this line.

Things to look out for

Each of the planets has its own distinctive characteristics, and knowing these can make it a little easier to know you’re looking at the right spot in the sky. We’ll run through a few quick basics for each planet so you know what to look for…

Mercury: As Mercury is closest to the sun, it tends to only be visible around sunrise and sunset. It’s small, fast and easily missed, often hanging around at low altitudes. Mercury is yellowy-white in colour – if you see a small white spot around the twilight hours, it could well be the solar system’s first planet.

Venus: The second planet is a much brighter white than Mercury – once you know what you’re looking for, it’s actually quite distinctive. Like Mercury, it also appears to stay close to the sun.

Mars: Mars is famously a rusty-red colour, and in the right conditions can be quite easy to spot. It’s closer at some times of year than others, so it’s worth checking with your preferred astronomical resources how easy it will be to spot. It’s expected to be brighter over the next few months of 2020, so it's definitely worth putting on your list of planets to spot.

Jupiter: Jupiter can be one of the brightest objects in the night sky, and using a telescope or even binoculars can be enough to pick out the cloud bands across its surface and some of its moons such as Ganymede and Io. With a more powerful telescope, you can even see Jupiter’s famous bright red spot.

Saturn: Saturn doesn’t tend to be as bright as Jupiter – something of a given as it is quite a bit further away. However, a telescope with a magnification factor of 50-100 or more is enough to see the planet’s famous rings.

Uranus: Sometimes, when conditions are excellent and everything aligns just right, it is possible to see Uranus with the naked eye. At all other times, you’ll need a telescope.

Neptune: Neptune isn’t bright enough to be seen with the naked eye – you need binoculars at the very least, and ideally a telescope, as well as detailed information on where to look and what you’re looking for – this is where the apps and resources mentioned above can come in handy. It’s still a challenge though – even with powerful magnification at your disposal, Neptune won’t look like much more than a small disc.