How to Photograph the International Space Station

NASA’s International Space Station is an elusive photographic subject as it whizzes through our skies. We speak to a pro astronomer to find out how to capture it 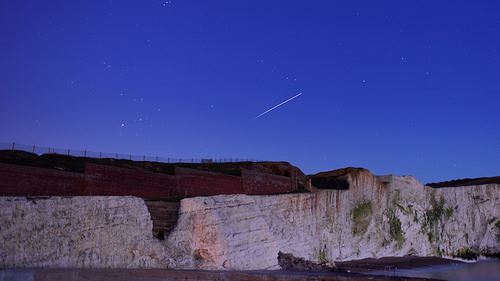 When we think of astrophotography, our minds generally drift towards the distant wonders of deep space. Exploding stars, nebulae, galaxies far, far away (I’m sorry, the film comes out in less than a month, I couldn’t resist). However, one of the most ephemeral and challenging subjects you can photograph is, in astro terms, incredibly close to home.

The International Space Station passes regularly over the UK skies, and for the eagle-eyed observer is an intriguing and tantalisingly brief challenge to spot, and better yet, to capture photographically.

It’s going to be particularly bright in late afternoon on Christmas Eve, and if you’re not stuffed to the gills with mulled wine and mince pies then it’s well worth nipping out with your camera to have a go.

As you might expect, however, a little expert guidance is in order. With that in mind, we spoke toTom Kerss, professional astronomer from the Royal Observatory Greenwich, to get some more details on the International Space Station and how best to photograph it…

Wex Photographic: What would be your main tips for someone looking to capture a photograph of the International Space Station?

Tom Kerss: “The ISS is Earth’s second largest satellite (after the Moon) and, at peak brightness, outshines all of the planets, making it routinely the third brightest object in the sky (after the Moon and the Sun.)”

“The best advice I can give is to familiarise yourself with the basics of photographing the night sky, as despite its relative brilliance, the ISS effectively appears as a fast-moving star. There are two main aspects to consider: using the right equipment and setting your exposure accordingly, and actually knowing where to point your camera. Fortunately, ISS passes are perfectly predictable – they have to be, else we’d end up losing our own space station!”

“But you need to consider what sort of photo you wish to take. In the absence of a telescope, with a mount designed to track the ISS, why not try to capture the Station’s motion as an artificial star trail? Using a longer exposure will also bring out background stars as well as foreground details that may add to your shot.”

WP: Are there any useful resources for tracking its movements? Anything you’d recommend?

TK: “If you’re starting out at satellite photography, head over to heavens-above.com (the hyphen is very important here!) If you’re ready for more advanced information, I highly recommend calsky.com”

“Broadly speaking, ISS passes go from the West to the East, and last a few minutes. The best passes are those with the highest peak altitude. Occasionally, the particular angle of the Station and its solar arrays can result in a very bright pass!” 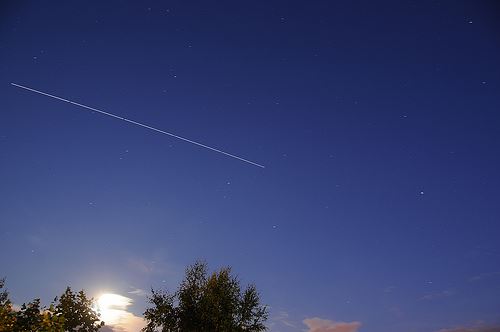 WP: What photographic gear would you recommend? Is a telescope necessary?

TK: “A telescope is only necessary to capture details, such as solar arrays and the module structure. Telescopic ISS photography is relatively difficult, even for experienced astrophotographers, since most equipment needs modification before it will track the correct path.”

“I highly recommend starting out simply with a camera on a static tripod. The secret to a great ISS shot is getting perfect focus on the stars (use Live View and manual focus) and including a nice landscape or foreground. You could even pose in the photo and capture humans on Earth and in space in one photo!”

Best of luck, everyone! If you do manage to capture the station, send us your results on our Facebook page or on Twitter (@wextweets). For some astro inspiration, check out the winning images from this year’s Astronomy Photographer of the Year competition.