Night in to Day Photography

I was introduced to this style of photography by one of our customers; unfortunately I can’t remember his name, who had taken some excellent photographs using this method. I love the idea of this style of photography and it really inspired me. So with this in mind, I decided to try my hand, and hopefully inspire others as well. There is something satisfying about taking a picture at night, and using a simple technique to reveal detail as if it were daytime. It can be both surreal and display a creeping weirdness, or maybe that’s just me? The idea that the picture we believe is taken, is shown not to be the case as the camera betrays our original perceptions, testing the boundaries of what we believe can be seen.

But first a little fun… 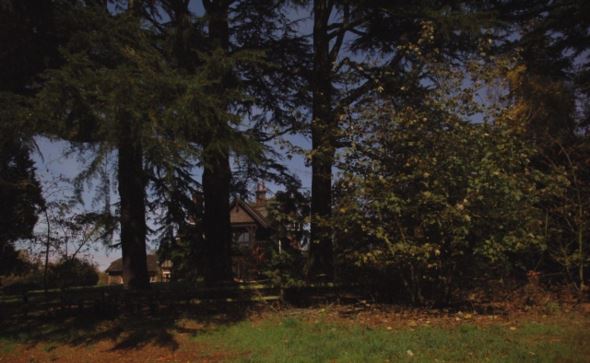 Take a look at the above and below photos, and what do you think? The first, a nice house photographed through branches and dappled light on a nice sunny day? The second, an uninteresting tree line at the edge of a field with a sign displaying a hard view on outdoor cooking? No, they were in fact taken at around 2230hrs on the 9th November in complete darkness, bar a good moon.

Thankfully, the way a camera keeps recording light on a long exposure rather than processing the information instantly, as does our eyes, reveals the colours at night that we simply just can’t perceive.

This is why the style intrigues me, the ability to trick the viewer in what they believe they are seeing. Another aspect which appeals to me is the ability to match without digital manipulation, a star filled sky to an apparent daylight lit landscape or subject. The viewer will chance across what appears to be a normal scene until it dawns upon them, “Hey, there’s stars in that sky!” Ok, so maybe the photos in question above were more a trap and not a good example of this, but there is better to come. 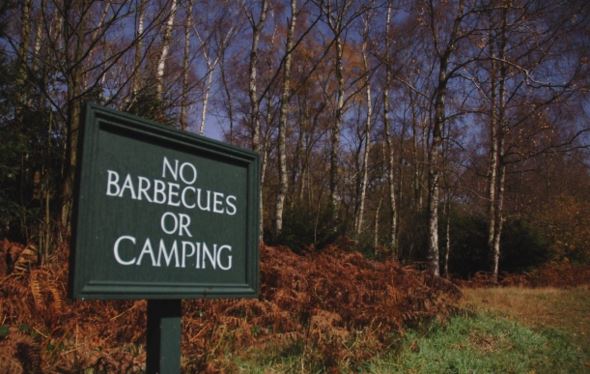 So how did I achieve this dark-art of photography? It’s actually very simple and I recommend everyone gives it a go. I found it satisfying, and especially more so when I got the results I desired. It can also be achieved with, like I did, some very basic kit and knowledge. All you require is a camera with the ability to take a long exposure of up to 30 seconds, the ability to change its ISO settings and a tripod.

So for my method, I used the trusty Nikon D50 from the office with its 18-70mm kit lens, and a Slik tripod. That was it.

You’ll also require a decent location to photograph, and a good clear night with some sort of moon at half phase or more (the office couldn’t help there). The last part itself can be a logistical nightmare. Sure, we all can find out when the next full moon is, but along with a clear night, in early November, and in England! Much harder say, than waiting for the yearly arrival of a migrating bird, in daytime, with the Sun on your back!
So, with the simple setup and my black Labrador Hattie in the car, I set out for the Queens Norfolk retreat in Sandringham to try my luck.

Now I didn’t have a shutter release cable so using the cameras bulb function was out of the question. As such I was limited to 30 seconds, the longest expose this camera would give. For my first attempt I set the camera to shutter priority at a shutter speed of 30 seconds, set the cameras countdown timer to 10 seconds, set focusing to manual, and distance to infinity and used the widest part of my lens 18mm, and an ISO of 1600. 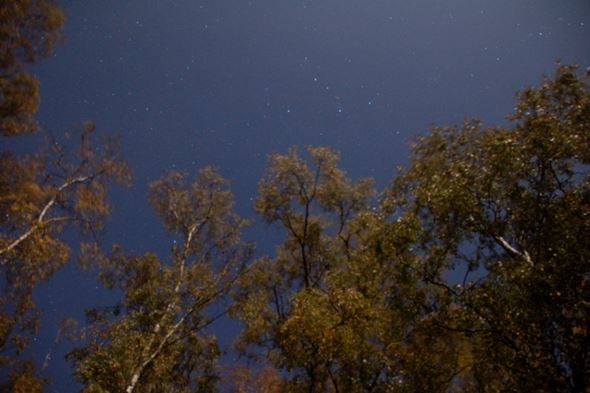 Now I don’t consider myself a photographer and never will; my area of choice at Wex Photographic is astronomy, so I wasn’t holding my breath for any instant results. But once the image loaded on the screen of the D50 I was more than pleasantly surprised. As it turned out, it was remarkably close for a first effort.
The resulting image showed green grass, colour in the trees, shadows and what looked like a daytime shot, but better still, stars in the sky!
I tried shorter exposures, but found they weren’t light enough to appear “daylight”. I would say there are no hard rules here and if you are to try this, experiment, as each location, position and phase of the moon will give different results.

I spent the next hour excitedly moving from location to location, trying to frame more and more interesting shots. Having an astronomical bent, I experimented trying to include as much sky as possible, and finding interesting more well known constellations to frame around the landscape.

My favorite shots of the night? I got a good shot of a house with the Ursa Major constellation situated above it. A shot of the Pleiades, although this showed annoying wind movement in top branches, but it did include some Moon flare! I’m particularly pleased with one shot, looking up through some treetops towards the Cassiopeia constellation, with the trees displaying a sort of tilt-and-shift miniaturizing effect.

Overall the efforts were more ‘arty’ than technically proficient photography and there are things I would change for my next attempt, but for now, the dog was getting restless and an annoying cloud was starting to obscure the moon. Next time I would try changing the ISO to 400, 200 or less. There was a lot of grain in some of the images, and it would certainly sharpen things up at a much lower ISO level. I would also change the focal length to 24mm as kit lenses tend to be a little soft around the edges at their widest.

So a month passes. Yes a month! It took that long for the next clear night with enough of a moon and nothing on the agenda to crop up. My trusty yet simple setup and the dog and I set off again for Sandringham, in -1 degree temperatures, Ahh…
Unfortunately, I had since realized that I couldn’t lower the ISO as much as I would have liked without increasing the shutter release time and as I still didn’t have a means for bulb exposure I was again limited in my choice of ISO settings. Therefore I exposed at ISO800 and found this much better than my first efforts.
I was pleased with a shot of Ursa Major looming over a tree line and one with Jupiter, although unfortunately it was starting to show signs of movement within the 30 second exposure. Shooting at ISO 800 certainly helped and next time I would beg or borrow a Nikon ML-L3 so I can get the ISO even lower, but for now once again it was time to call it a night. When the grass starts crunching beneath your feet and your breath is almost falling out of the air, you know it's time to go. But I felt far more prepared for another attempt, another time. 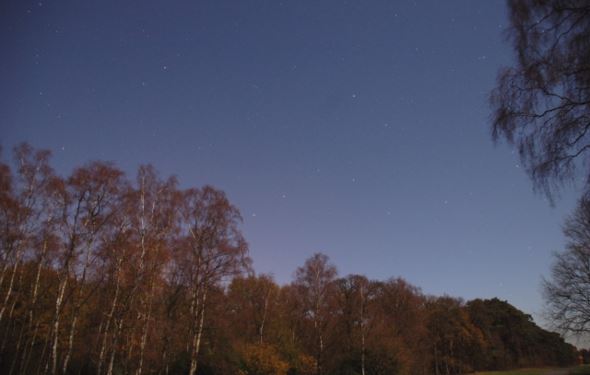 So what tips can I give?

So why not test yourself and give this style of photography a go. It may not be for everyone, and dragging yourself out of a warm house on a cold winters evening takes some doing, but I believe that if you do you’ll be pleasantly surprised as to how satisfied you’ll feel with the results!