There are many challenges in astrophotography just as there are in any other genre of photography. One that I have been meaning to try or to put it another way, be successful at, is to capture a falling star, or meteor to give it its scientific name.

Now the reason behind why I wish to do this, why it inspires me, is one part the challenge one part science and the long, you could say, astronomical odds of achieving a great result. A challenge in which the results are dependent on an amazing stroke of luck within a grand cosmic dance, but one in which you can help skew the odds a little in your favor. So read on, and hopefully be inspired to capture your own little piece of Astro history, but first, a little (and not too much) science. 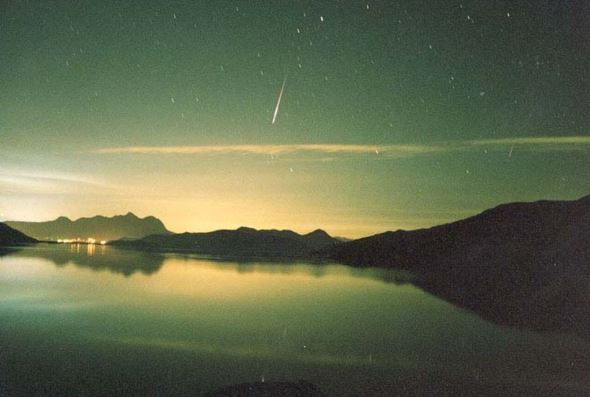 This weekend, on the 17th of November, sees the return of the Leonid Meteor Shower. I say the return but in fact that’s a misnomer. For the meteor showers do not return, rather the Earth reaches the regular point in its orbit which intercepts the orbital path of the Tempel-Tuttle comet. The comet (discovered by Ernst Tempel on December 19, 1865 and Horace Parnell Tuttle on January 6, 1866), whose debris makes up the Leonid Meteor Shower.

There are two types of meteor: sporadic, which as its name suggests are tiny wondering fragments of orbiting solar-system dust with no repeating frequency other than random; and shower meteors, which have a periodic repeating nature. It is of course the second which is of greatest interest here, and especially so if you wish to increase your chances of photographing a shooting star.

Meteor showers are the result of particles released by comets as they travel on their regular elliptical orbit around the Sun.  As the comet nears the sun, ice in its composition starts to vaporize releasing tiny particles of dust and sand. The resulting trail of debris, or streams, is what the Earth passes through roughly the same time each year. I say streams as each orbit of the comet produces a new stream which can vary slightly from year to year, (due to small gravitational shifts caused by Jupiter, amongst others). Because of this variance, meteor showers, although regular can have different lengths of maximum activity, which are related to the width of the debris trail, or stream itself.

The reason this coming weekend meteor shower is called the Leonids and not the Tempel-Tuttle-ites is basic astronomy convention. They are named from the area or more precisely the constellation in the night sky from where they appear to radiate. So this coming Friday night/Saturday morning the meteoroids from comet Tempel-Tuttle will, as they do every year, radiate from the constellation Leo.

And I’ll be there with my camera to see them, hopefully… 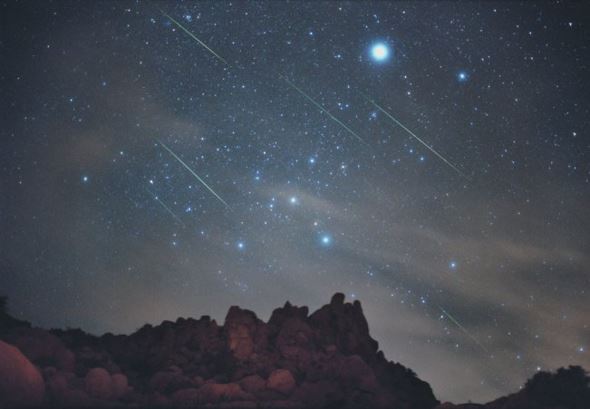 Now the Leonid shower itself is known for particularly bright meteors and some of the most fantastic showers in history. In 1833 a shower was recorded with an hourly rate of over 100,000 meteors! Watchers were quoted as having to hold onto the ground from the effect of near constant motion the streaks of light gave! (Imagine Star Wars and the hyperspace jump!)

This year, the shower maximum has been reported as being from 10pm Friday 16th until 6am Saturday morning, just 8 hours.

So with Earth orbiting at an average speed of 107,000 Km/h, for the duration of 8 hours, we can work out the width of this year’s Leonid Meteoroid stream at 856,000 km (just over twice the distance from the Earth to the moon).

That’s quite some stream!

And we’re going to try and witness a 1mm particle in an 856,000km band of space just as it happens to hit our atmosphere and burn up, producing photons which will themselves travel through our lens, camera shutter, and on to our sensor! Ok, so we’ll cheat a little and have a 30 second exposure.

So how do I plan to photograph my own Leonid, what methodology will I be using?

Well, it can be done quite easily, with the only real spoiler for at least a chance of success being; the weather, and in particular cloud cover.

I’d love to present here lots of fantastic awe-inspiring images that I have taken, but unfortunately, in the instances I have attempted this when time and happenstance has allowed, cloud of one form or another has interfered.

A little pre-planning, like most photographic challenges, will be required.

First I have in mind is my location. Somewhere as dark as possible well away from any light-pollution. Long exposures will show up any evidence of light-pollution, and as most meteors can be quite dull, it’s important to find as dark a sky as reasonably possible.

I will also try to keep in mind, somewhere that will have something of interest I can frame in the foreground, such as trees, church or ancient ruin. 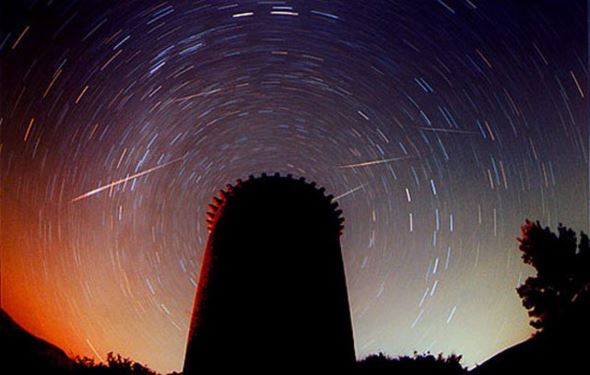 Secondly I’ll keep checking the weather during the build-up to my trip. I find the Met Office website great for this. If the weather's set to be clear for when I require it, I’ll start prepping my kit.

Batteries topped up and cards emptied. I’ll store my camera kit in the boot of the car a good 2-3 hours before leaving. This gets my kit adjusted to the outdoor temperature, and will help prevent condensation buildup which happens when you take warm equipment in to cold air.

For this trip, simplicity in itself as I’m limited in kit with, owing to the fact someone else in the office has the Canon with shutter release cable, Alex!

So, this weekend I’ll be using the trusty Nikon D50 with 18-55mm kit lens. A tripod with ball head, some spare high-capacity memory cards, additional batteries, and a lens cloth for dew removal if required? I'll also take (not required but recommended) a flask of hot drink, warm clothes, a chair and company (if persuaded!)

I’ll be setting up my camera low on the tripod so I can get to the setting from my seated position (I’m going to be there for at least a couple of hours) and compose to get as much of the sky and foreground interest in.

Don’t point your camera to the radiant point (Leo will be low in the South-Eastern part of the sky), it would be better 45-90 degrees away from it, as the meteor trails will appear longer. 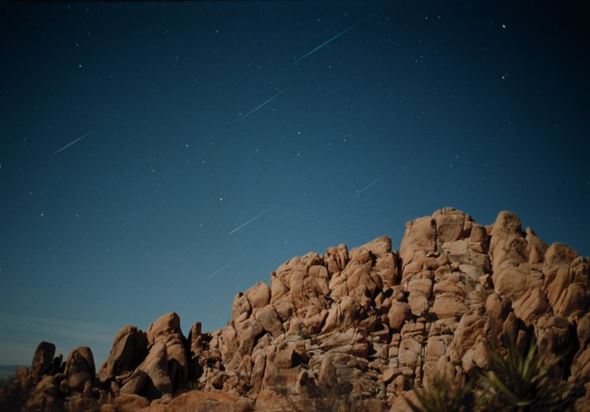 The lens should be set to manual focus, to infinity, and as wide as possibly. You can use a longer focal length, to allow for a faster f-number, but it does reduce the amount of sky you can get in the frame, and therefore reducing the odds of capturing a meteor.

I’ll use as fast an f-number as I can with a 30 second exposure, checking with some test shots that I achieve at least tolerable noise and a dark background sky.

With this all set up, it’ll be time to let the dog off the lead, sit back and open up the flask for the first cup of tea, and start shooting, whilst avoiding the temptation to chase the meteors that appear in another part of the sky!

Weather permitting, I will retrospectively post any shooting stars I manage to capture, and if any readers feel inspired and wish to try and capture some celestial elegance, please send your images to [email protected] and I’ll post these as well.

All images have been sourced from NASA. As per their photo use guidelines it's important to note that NASA is not affiliated with nor endorse Wex Photographic.