Sunrise. It happens every day, 365 days a year, yet the vast majority of these solar ascents will go by completely unnoticed by most of us. At the other end of the day, it’s a little better. Perhaps because day to day life dictates that more of us are up and about as the sun dips below the horizon in the west, the spectacle of a sunset is probably appreciated a little more than its early morning counterpart. But aside from the odd romantic reference, do we really give the coming and going of the daylight as much attention as it deserves? After all, cultures much older than ours put far more effort into observing and commemorating the movements of our planet’s life giver, so while I’m not suggesting that we all rush out to build replicas of Stonehenge in our back gardens, something as simple as taking a photo once in a while surely can’t hurt. 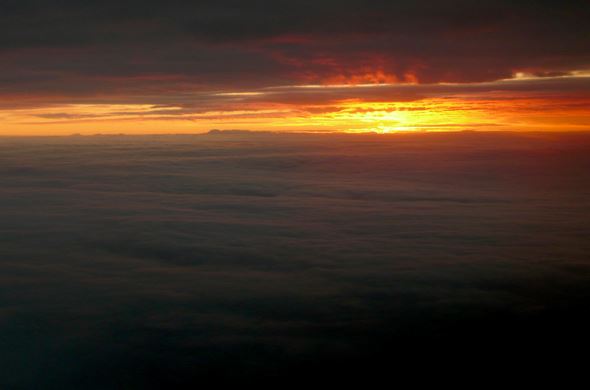 One of the best places to photograph a serene sunrise or a spectacular sunset is at the coast where you get a clear view all the way to the horizon. Of course, you have to be pointing in the right direction and living in Norfolk means I'm spoiled with access to both east and west-facing coasts. In fact, in the summer it's possible to see both sunrise and sunset over the sea from certain points on the North Norfolk coast, providing you're willing to get up early and stay up late! That said, you don't have to be a costal dweller to get great early morning or late evening shots, and at this time of year sunset and sunrise times are far more sociable. With that in mind, why not give it a go? Here are a few handy tips and ideas to help get you started and get the best out of your sunrise and sunset snaps. 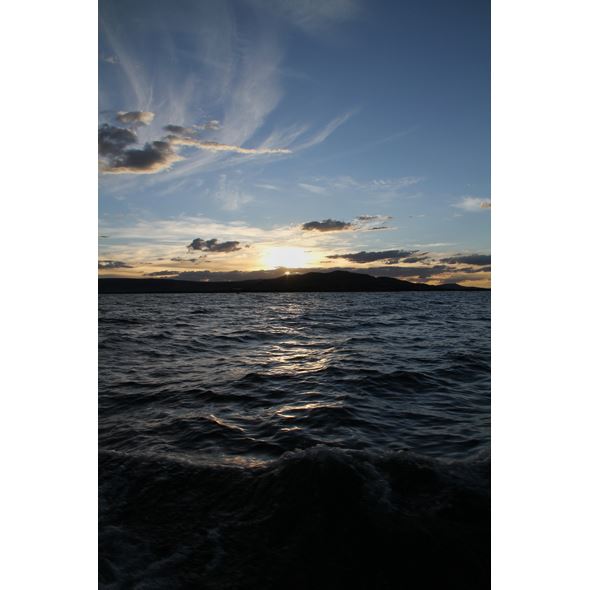 With sunrise and sunset (from herein referred to as s&s) photography you only get one chance a day. As such, if you're heading out to take these photographs (rather than just happening to have a camera with you when you see one) it pays to follow the Boy Scouts' lead and be prepared. Timings vary dramatically throughout the year, with the sun rising at around 4.45am and setting at about 9.20pm on the Summer Solstice, compared to 8.00am and 3.50pm respectively for the Winter Solstice. 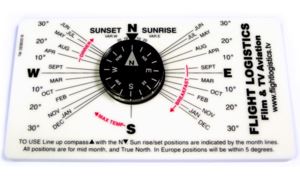 The position of the sun also changes throughout the year so a little research will ensure you don't miss your subject. A Sun Position Compass is a handy device that can sit in a pocket or camera bag and helps predict where on the horizon the sun will appear and disappear during any given month, ensuring you're in the right place at the right time, while the exact s&s times can be found online (such as here) or in your local paper.

Knowing where the sun will cross the horizon will help you plan your shot.

I know I'm going to sound like your mother telling you to wear a vest when you go out, but the fact is that if you're uncomfortable due to being cold and/or wet, your photography is going to suffer. You won't want to be there so you'll rush and probably make mistakes. This is easily avoided by simply wearing the right clothes. Early mornings can be particularly cold, so lots of layers, a decent pair of gloves and a warm hat are highly recommended. If you going to make the most of it and intend to spend some time at your chosen location, then a flask of tea or coffee can seem like a real luxury on a cold morning.

Of course, if you're lucky enough to be shooting a sunset on a Greek island somewhere, then things are slightly different! 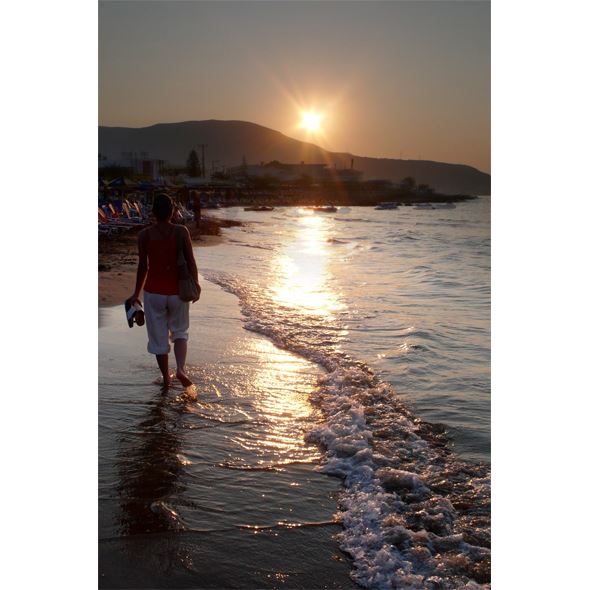 My kind of sunset!

Although it might mean getting out of bed a little earlier or missing some evening TV, getting to your chosen location in plenty of time is beneficial for a couple of reasons. Firstly, it gives you an opportunity to survey the area for the optimum shooting spots and for any potential problems or additional subjects. This saves you from having to rush about at the last minute, potentially missing the very spectacle you're there to photograph. The other advantage of getting there early is that you might be surprised at the photo opportunities that present themselves long before the sun appears above/drops below the horizon. This is particularly true of sunrise photos, where the colour variations of the sky can be truly beautiful and well worth photographing in their own right. 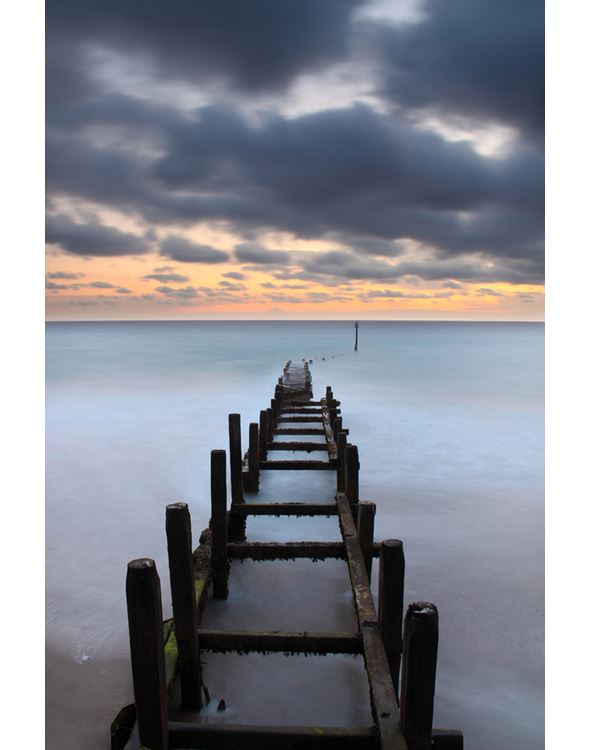 The changes of colour in the sky before sunrise can be quite a spectacle.

Because light levels are naturally quite low at the beginning and end of the day, your exposure may require a relatively lengthy shutter-speed, so hand-held photographs can often end up being blurred. To help keep your camera steady a tripod of some kind is a must, or at the very least, a solid platform on which to rest your camera. To avoid accidentally jogging the camera when pushing the shutter button, make use of your camera's self timer or a remote release of some kind. If your SLR camera provides you with the option of mirror lock up, utilising that feature in combination with the others mentioned here means camera shake can be avoided altogether. 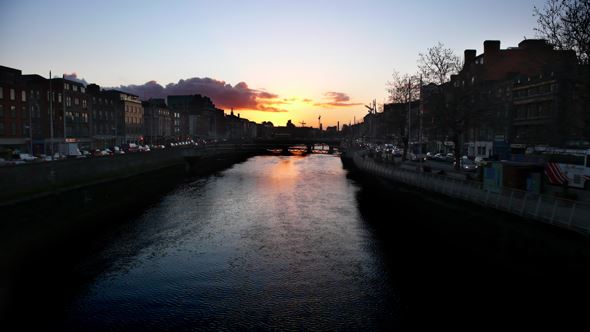 The camera was rested on the balustrade of a bridge over the River Liffey to capture this Dublin sunset.

Use points of focus

As beautiful as they are, a straight s&s photo that simply consists of sea, sun and sky can become a little boring to look at for too long. As such, having something else in there to add interest to your photograph can make the shot. In terms of what to use – well, it can be anything really; rocks, plants, buildings, or even a person. This is also your chance to get creative and add your own input into the scene, so have a look round to see what can be used, or even consider taking something with you. 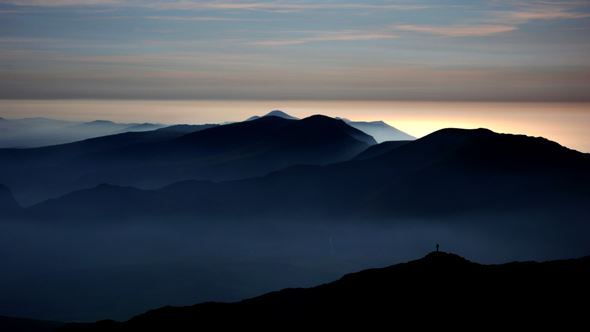 The small, sihouetted figure adds some scale and perspective to this mountain sunset. 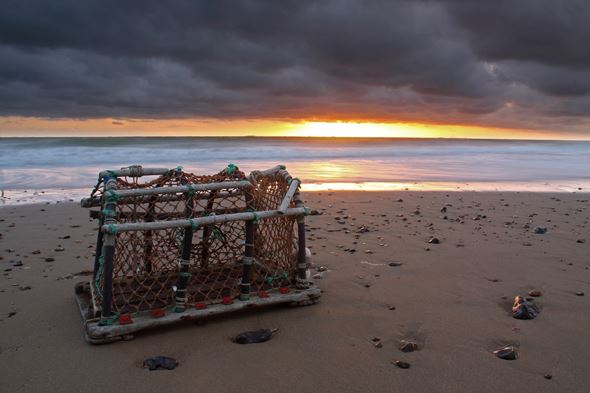 This basket was used to add foreground interest to the sunrise photograph.

Getting the exposure spot on for an s&s shot can be tricky. The star of your shot is the sun, and frankly you're going to struggle to find anything brighter than that anywhere. But as it has only just popped up above, or is about to dip below the horizon, other parts of your shot will still be relatively dark and in shadow. As a result, getting an exposure that balances the brightness of the sun with the shadows of the foreground is no mean feat. In these circumstances, graduated neutral density filters are the ideal tool to aid the photographer looking for the perfect s&s photograph. These graduated filters change from tinted to clear across the filter, only darkening part of the shot, making it possible to darken the sky in an s&s shot without affecting the foreground.

Of course, in this age of digital image manipulation, there is another way for those who prefer Photoshop to filters. By taking multiple shots you can expose for different parts of the scene in each, and then combine the images in Photoshop, resulting in a photograph that is perfectly exposed throughout. What's more, if you shoot in RAW, you can adjust the exposure of a single shot during processing and use multiple versions in combination to create a well exposed image. 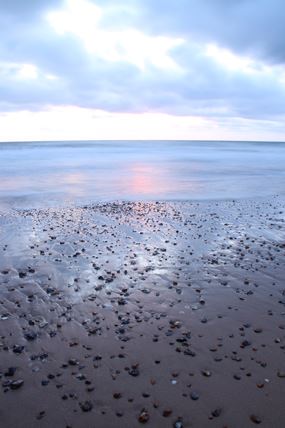 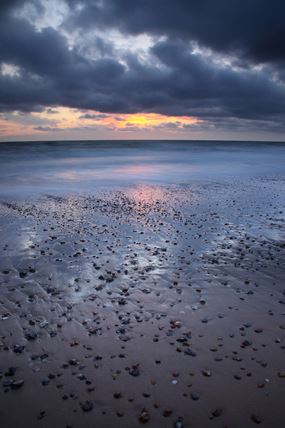 Experiment with your camera

Many of today's more automated cameras will have a specific Sunset Scene Mode – a function that automatically gives you the optimum settings for s&s photographs. However, not all cameras have this, and even if yours does there's no reason why you shouldn't still experiment with the alternatives. Deliberately under or over exposing a shot will change how the colours appear and how moving elements of the scene, such as the water, are recorded. Other camera settings that can be altered to change the final image include White Balance. Playing with variations in white balance will determine whether the shot appears bluish and cool, or warmer with more orange and red tones. It's a relatively simple thing to do that can have dramatic effects on the final appearance of the photograph. 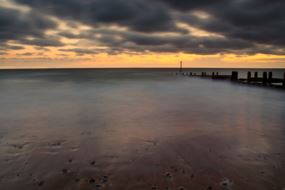 Ok, so you’ve bagged some cracking shots of the sun – what else is there? If you look around you may well notice how the changing light is having an effect on the landscape around you, and much of that may be equally photogenic, so while you’re out an bout with your camera, shoot that too. Good s&s photos don’t have to feature the sun!

This windfarm made for an interesting alternative sunset shot.

As with getting there early, hanging around for a while can also pay off. In the UK it's incredibly unusual to see the sun actually touching the horizon. 9 times out of ten there will be low level cloud getting in the way, meaning that at the exact point of rising or setting, the sun is not visible. At this point many photographers will be tempted to pack up and leave, assuming they're not going to get their shot. However, a glorious orange glow can often be seen bathing the evening sky after the sun has set out of sight, so it's well worth waiting a little while to see what happens. 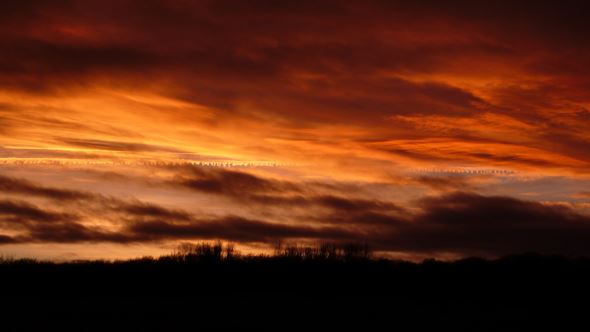 This incredible sky was captures about 10 minutes after the sun had set.

Give it a go

Hopefully these tips and suggestions will inspire and enable you to go out and capture some great sunrise and sunset shots, and with the longest days of 2010 behind us, it needn't involve too many late nights or early mornings to capture them! 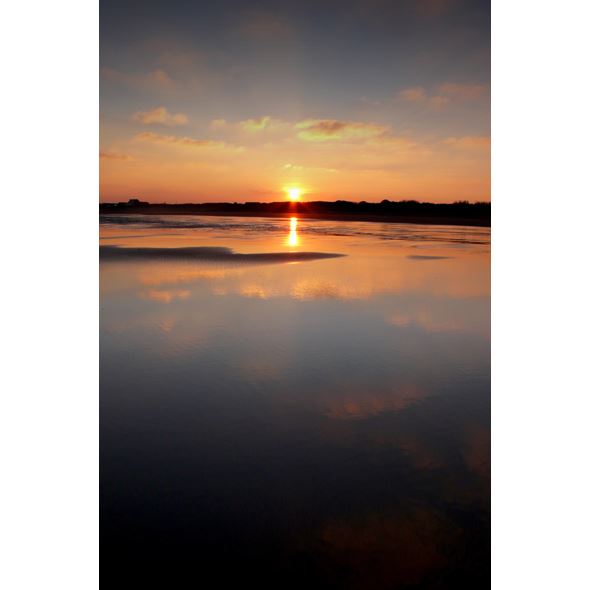