The nostalgia of single-use cameras 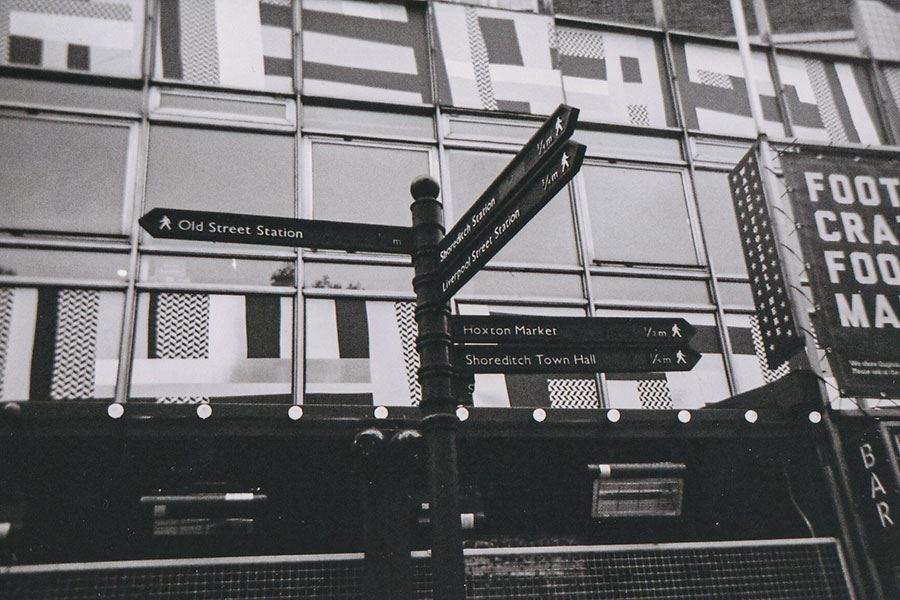 After the introduction of digital cameras and their implementation into smartphones, a device we carry with us at all times (most of us, I know some people try to cut down and good on them), taking photographs has become second nature in our society. The instantaneous ritual of sharing snapshots of our daily lives through social media apps such as Instagram and Facebook should have, theoretically, made analogue obsolete. How is it so, that FujiFilm has doubled their sales of disposable cameras to 7.5million since 2014-2015 (Daily Mail, 2017)? Why are there plenty of readily available digital apps and filters that try to mimic light leaks and other organic imperfections analogue has? How come people are willing to download apps such as Huji Cam and Kamon – Classic Film Camera? Both are with over 1k reviews, very much resemble the iconic green and yellow disposable cameras from FujiFilm and Kodak respectfully, and feature taglines such as ‘Just Like The Year 1998’. There are plenty of reasons for the revival of disposable cameras, including simple nostalgia for the yesteryear of analogue. Personally, I always appreciated the texture and usually want to replicate film grain in my digital photographs. Somehow they make them feel more ‘artsy’, more serious. Pictures taken on smartphones can have a pretty bad quality that is simply ugly rather than charmingly ‘vintage’. I also like to hold my photographs. Perhaps, for some, it is the physical, the tactile, the feel of the photograph, sort of token encapsulating fleeting memories that a photograph can represent, allowing analogue and single-use cameras to have a place in our modern society. FujiFilm’s website appropriately states that ‘the expressive richness of film wins the allegiance of many photographers even in the digital age.’ (FujiFilm, 2019) If modern technology is supposed to make photography more instantaneous how come people are going back to the older method of instantaneous photography - the disposable camera? The marketing for the first disposable camera targeted everyday people who simply wanted to take pictures without the hassle of developing their film or even having the knowledge of focusing. Later on, this has changed to target the upper-class banking on the idea that people often left their cameras at home and didn’t have them around for the little moments in life. We’re talking 1940s when photography was quite a process. The shoot-and-mail service offered by the disposable cameras (that had to be cracked open to get the film out hence the single-use aspect) was extremely convenient at the time, similarly to the convenience of smartphone cameras nowadays. 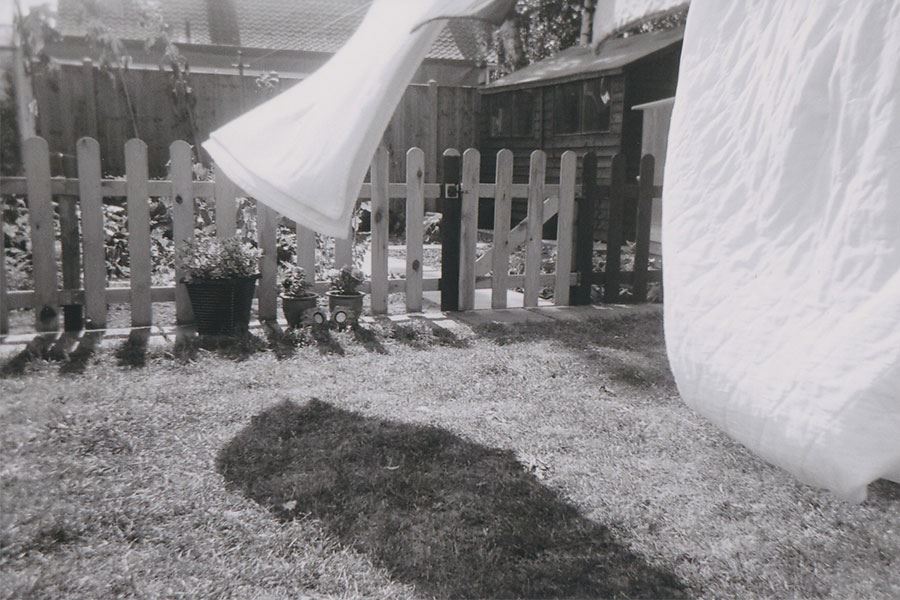 What I find interesting is that during the golden age of disposable cameras, the 20th century, the general public expressed their concerns and confusion over capturing a permanent snapshot of their lives with a camera that was meant to be thrown away. Robert Lachman wrote in the Los Angeles Times “it just doesn’t seem right that we are being asked to make a permanent record of our life with a disposable item.” Nowadays, one of the most common arguments put forward for the use of disposable cameras is the millennial pushback against modern technology such as iPhones. People value a printed photograph more than a digital one. They want to go out of their way to buy a single-use camera for more important moments, such as trips, birthdays etc. So, in a way, it is ironic that after the first introduction of disposable cameras people thought that they were cheap and unreliable; whereas now, people love the nostalgic feel of analogue and cherish its results. Granted, some people are not entirely happy about the single-use camera’s performance. I took a sneak-peak on the Boots site to see what buyers thought about a camera I recently purchased for about £7. They were mostly bad reviews. Somehow, I feel that these were mainly people who didn’t appreciate the charm of having light leaks in their holiday photos; each to their own. The best uses for these cameras listed on the product pages are also quite interesting. They reference weddings, giving one to a child during holidays, and the most frequent one; protect your expensive digital camera by using a single-use camera instead, especially if you are at a festival. Valid uses; however, I feel that people buy them for different reasons altogether - the aforementioned, pure nostalgia of analogue and their tactility. Lomography is one of the biggest lovers of analogue out there. They have put together 10 Golden Rules of Lomography and what they stand for. I would highly recommend reading it. Some of their points highlight the very nostalgia discussed in this article. Another fantastic article about the history of disposable cameras can be found here. 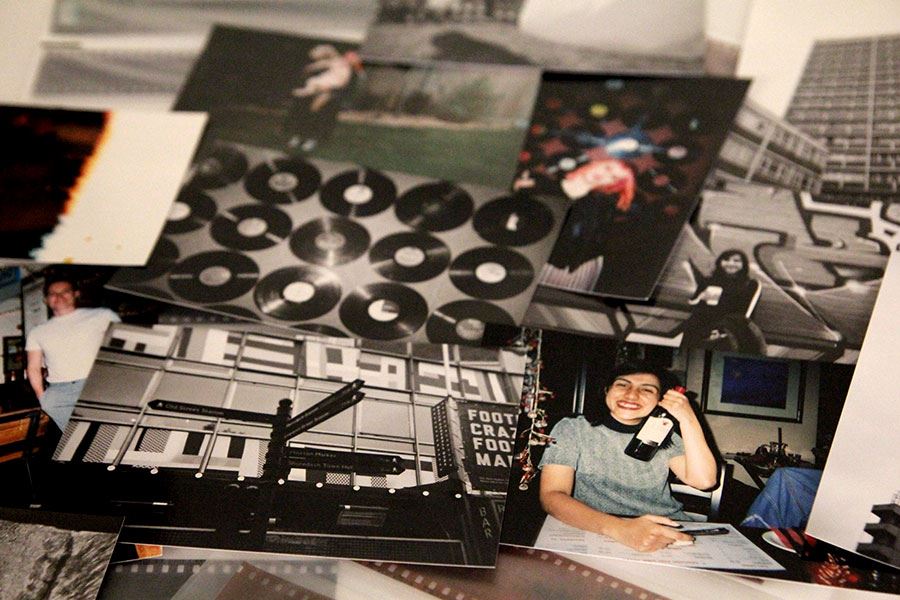 I have not used a disposable camera for a few years. I saw the appeal just never bothered to pick one up until starting to write this article. I was curious and wanted to reacquaint myself with them. Last time I used a disposable camera was the second year of my undergraduate degree and I still have not developed the pictures. Prior to this, I used to use one all the time when I was a kid; safe to say that I was out of practice. The first place that popped into my brain was Boots which I diligently walked to and picked myself two cameras - Ilford Single Use Camera XP2 C41 and Vintage Yellow Single Use Camera 27 exposure. I found myself very giddy at the idea of having a disposable camera with me, a little bit like a kid which plays into the nostalgia of it all. 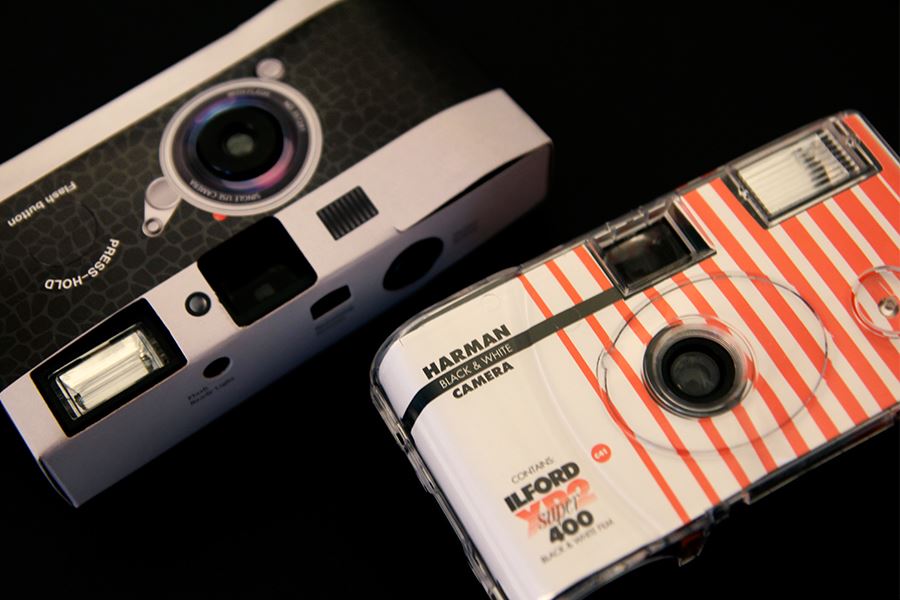 The first time I decided to take my cameras with me was for my best friend’s birthday in Cambridge. Everyone had fun with them. People seemed to be more partial to having their picture taken with a disposable than a smartphone. It felt appropriate to attempt to immortalise my friend’s birthday with film. I was quite selective of what I wanted to capture on film, I didn’t want to waste it. Because there are only 27 exposures you’re very much limited and feel the need to savour the camera for special moments. You don’t have that with digital cameras. Yes, the memory card or storage finally runs out but you can back it up, delete the picture off of the device and keep on snapping. With a disposable or any type of film, there is a finite amount of pictures and a developing process. It simply takes more effort and people want to make that effort for something a little bit more special. At least this is what I found with my experience with disposables. The cameras are extremely easy to use as well. I think this is another reason why people choose to use them. 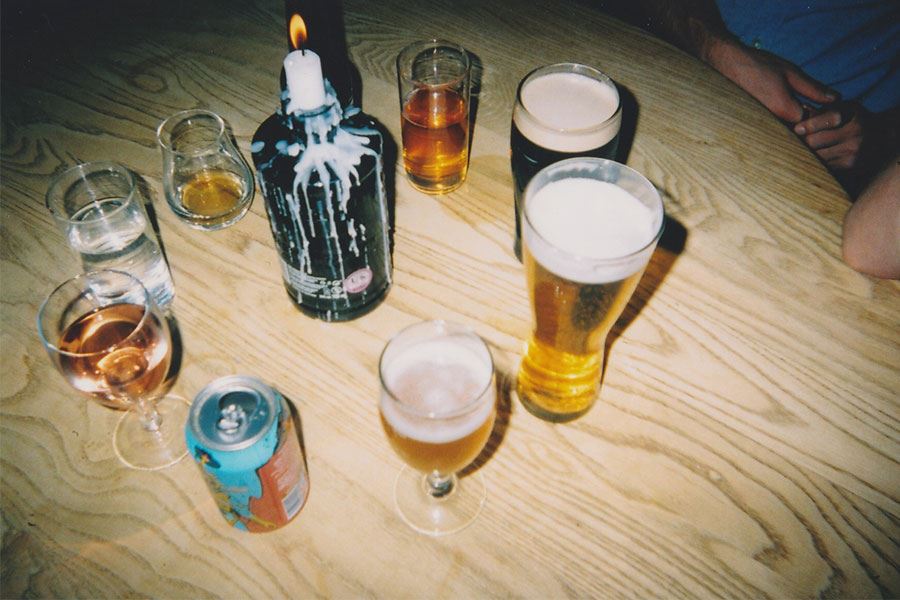 There are so many complicated cameras out there and sometimes that spec-heavy camera just seems more scary than fun to the general public. Yet somehow as a filmmaker, I also rebel against digital media in my work. I love the texture, organic errors that film makes, and above all the simplicity. I just want to capture an image as it is, nice and simple. My rejection of digital media went so far as to build a meter by a meter praxinoscope theatre for my MA exhibition. Single-use cameras allow me to simply capture my creations. I’m going to implement single-use cameras into my work more and more from now on. I also want to experiment with analogue overall. There are photographers dedicated to disposable photography which is a whole other fascinating topic. 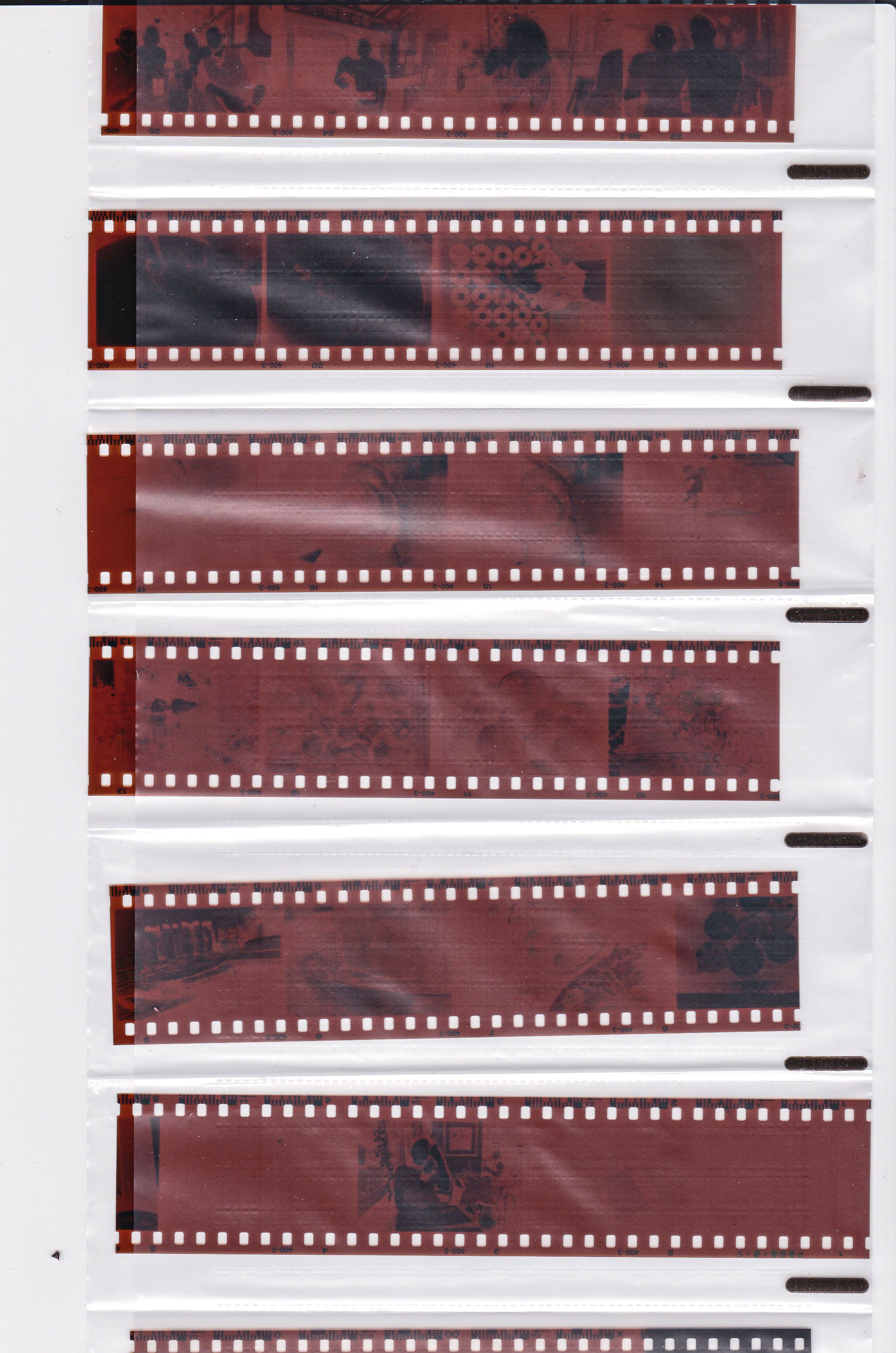 Finally, the surprise of what comes out is another big factor in the fun of disposables. The organic errors make for some lovely effects in photographs although I know some people are not fans of the light leak. These pictures are meant to be taken in the moment and you can’t review them after taking them to make adjustments. This is it, the moment as it happened captured on film and you get to experience it all over again, as it was, when looking over the developed film. I love it! Reviewing these pictures was a group activity. I wanted to open them with my parents to see how they turned out as a lot of these were dedicated to some lovely, family life shots. 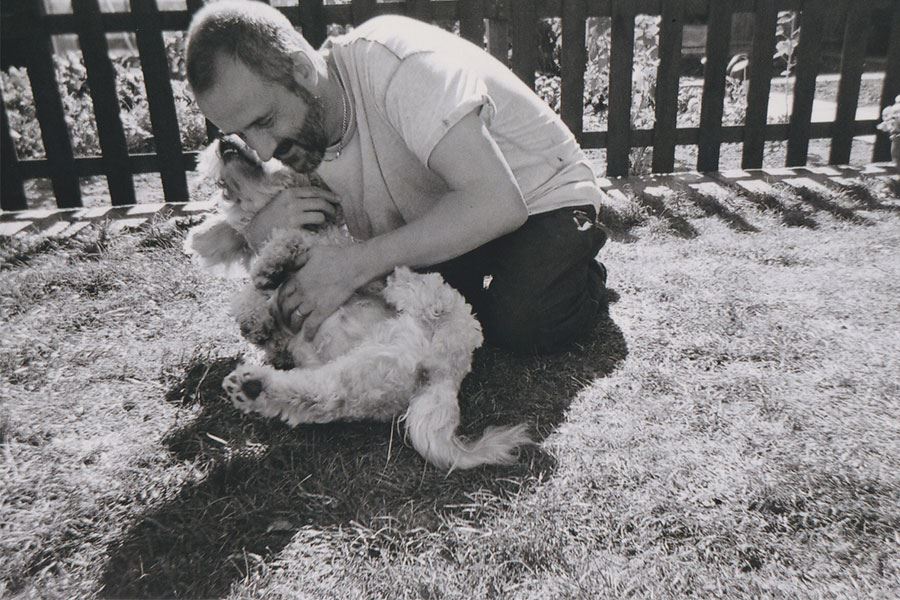 The reason for the prevalence of disposable cameras doesn’t boil down to just one specific aspect. I think the main ones are the rejection of the digital (some might call it techno-paranoia but I don’t think this concept applies here), the nostalgia for film and its one of a kind effects especially the organic errors such as light leaks, the nostalgia of being a child and remembering using them, the simplicity of the camera (simply point and shot without worrying about focus or exposure), the surprise of the developed photographs and the little extra effort of going and having the film developed making us savour the film for special occasions and in turn making the camera special. Is it reaching when comparing the fleeting moments in life to a disposable camera being used for some time and then destroyed? Yes, yes it is but it is a nice thought, apparently 20th century folk disagree with me though. There is something charming about taking the time to arrange the developed photos into a photo album, naming them, maybe even scrapbooking them, putting them into a diary and writing about them. 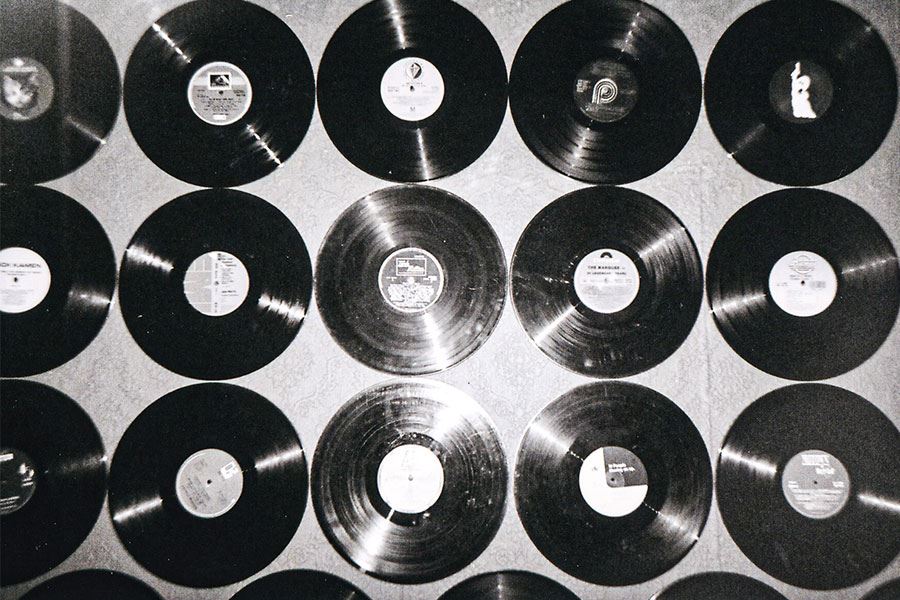 Some suggestions for experimenting with analogue

Analogue takes many different forms including disposable cameras. I would highly recommend trying one out and then perhaps move onto something a little bit more advanced such as developing your own film, or experimenting with different types of film such as Lomography’s purple film that creates some stunning, dreamlike effects.

A ISO 400 high speed film giving images with extraordinary depth and dimension, DELTA 400 Professional provides an almost unrivalled combination of speed and sharpness with a width of tonal range that retains subtlety and detail. The liberating speed of DELTA 400 Professional allows fast action to be frozen, great depth of field, excellent results in low lighting conditions, the freedom of a handheld camera and yet still provides the fine grain and level of detail normally associated with ISO 100 films.

This colour negative film gives you a surreal analogue experience with its colour shifting abilities. This unique colour negative film will astound you by transforming natural tones of your photo into new eye-popping hues. A revival of the psychedelic infrared look from the Kodak Aerochrome film we all love, this film guarantees astounding photographic results.

If you would like to try and develop your photographs at home this handy and cost-effective Ilford Simplicity Film Starter Kit (£14.65) is worth having a look at!

The Ilford Simplicity Film Starter Kit contains everything needed to develop your own film for the first time. Featuring a pack of photo chemical sachets for convenient, single-use film processing. Develops 2 x 35mm (135) film or 1 roll of 120 film in a 2-reel developing tank.