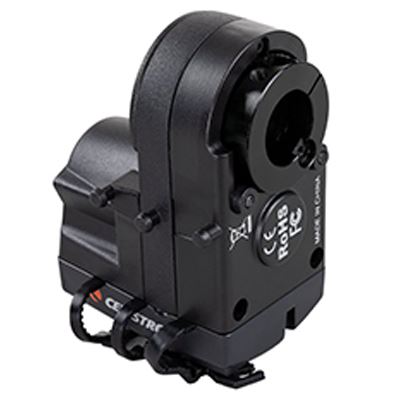 Usually available in 5-7 days
Check stock near you
This product is not in stock, but is usually available from our supplier within 5-7 days of your order being placed. No payment will be taken until the item is in stock and ready to be despatched. Full details »

1x Celestron Focus Motor Sorry, there are no more available.

Experience hands-free controlling with the Celestron Focus Motor. Used for seamless electronic focusing, this motor can be connected either to a Celestron computerised mount or computer. It has various control functions, including focuser backlash compensation, automatic GoTo indexed focuser position, and multiple speed rates. The focus motor also enables autofocusing via third-party software.

Which telescopes are compatible with this focus motor?

The focus motor is compatible with various telescopes, including EdgeHD, Schmidt-Cassegrain, and RASA.

How can I power the motor?

The focus motor can be powered in three ways – you can connect it to a computer via the USB port, Celestron computerised mount via the AUX cable, or an external 12V DC power source that would be plugged into the power jack of the motor.

How much power is provided by the USB port?

Is this Celestron motor compatible with Windows?

The focus motor is compatible with Windows using the Focuser Utility software as it provides a simple user interface.

What is the purpose of an indexed focus position?

The indexed focus position enables the motor to get back to its original focus position and prevents it from reaching the end of the telescope’s mechanical focus travel.