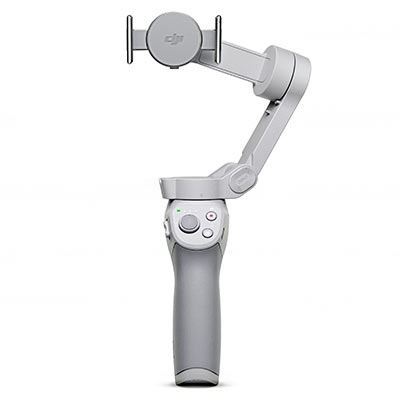 This product is in good stock and is available for dispatch in our normal delivery timescales.

In Stock
Check stock near you

Improving on its predecessor, the DJI OM 4 features stronger motors and a more intuitive operation which will help you capture smooth, shake-free and stabilised video footage using your mobile device. The Mobile 4 is super-compact and portable thanks to its foldable design which allows it to easily be packed away. Equally, as easy as it is to pack away, it’s just as easy to assemble and be start ... More

Continue Shopping Checkout
Please Login or Register to add to your Wish List.
Back to top
Improving on its predecessor, the DJI OM 4 features stronger motors and a more intuitive operation which will help you capture smooth, shake-free and stabilised video footage using your mobile device. The Mobile 4 is super-compact and portable thanks to its foldable design which allows it to easily be packed away. Equally, as easy as it is to pack away, it’s just as easy to assemble and be start recording. The OM 4 comes with both a magnetic phone clamp and magnetic ring hold which allows you to quickly attach your phone to the gimbal and be ready when the action begins. This iteration of the gimbal comes packed with features that’ll help you create engaging footage, these included DynamicZoom, CloneMe Pano and Timelapse. In addition to these, there’s also SpinShot mode, Slow Motion, 240° Pano and 3×3 Pano; all of which allow you to get creative with your filming.

DJI has packed the OSMO 4 with a whole host of features that allow you to get creative with your shooting. DynamicZoom, giving you a “Hitchcock effect” with a Hollywood feel. CloneMe Pano that allows you to pause your panorama to place your self in multiple areas of your image. And of course, there’s Timelapse, Motionlapse and Hyperlapse modes; all enabling you to capture amazing footage and images. ActiveTrack 3.0, which is featured on the OSMO Mobile 4, is able to provide highly accurate subject tracking; efficiently recognising and tracking adults, children and pets. You can even fine-tune your image composition with the OSMO 4’s joystick.

Then, various other modes allow for further creative control. Thanks to the sturdy 3-axis stabilisation, you can confidently use the Spinshot mode, slow motion, 240° Pano and 3×3 Pano modes without fear of images showing camera-shake. There’s also a flashlight mode which utilises the OSMO 4’s new sensor. It will recognise your movements and automatically adjust its positioning. This is best used when trying to capture low-angle shots. Finally, there’s the quick roll feature that with the simple double press of the ‘M’ button, you can quickly switch between portrait and landscape orientation. This means that you can adapt to your environment and the scene you’re trying to create.

DJI has changed things up a little bit with the OSMO 4 when it comes to mounting your phone. With this model, they’ve included both a magnetic phone clamp and a magnetic ring holder in the box. The phone clamp is impressively thin and lightweight meaning it can be attached to your phone with ease and without too much interruption to normal usage. The magnetic ring holder affixes on the back of your mobile device. This holder as various uses - It will snap right onto your OSMO 4 for quick usage with your gimbal. But it also can double up a secure way of holding your phone or can even be used as a kickstand when you’re not using it with your gimbal.

Q: What’s the difference between DJI OM 4 and Osmo Mobile 3?

A: DJI OM 4 offers a better monitor, supports Flashing mode and features a new magnetic quick-release design for easier mounting. Additionally, the DJI OM 4 is integrated with new intelligent shooting modes including the DynamicZoom and CloneMe.

Q: Can DJI OM 4 control the camera of my phone?

A: DJI OM 4 is capable of controlling most smartphones’ camera/video. It is also compatible with Huawei (EMUI 10.0 and above) smartphones for which it can control the zoom, take photos and switch between front and rear cameras or switch between camera and video modes.

Q: For multi-lens devices, which lens does the DJI Mimo app use?

A: For iPhones, the app supports all lenses and you can choose which one you want to use. For Android phones, on the other hand, it depends on the phone’s camera. The standard for most smartphones, however, is that the app supports the main camera as well as the ultra-wide-angle camera.

Q: How do I know which device is mine if there are multiple DJI OM 4 units around my phone?

A: Every DJI OM 4 has a unique number on the side of the phone holder by which your device can be identified. To change the name of the device to something more memorable, simply do so in the DJI Mimo app.

Q: Can I use DJI OM 4 when it is being charged?

A: The device can be used while charging so that you don’t have to stop working, or having fun, due to lack of power. DJI OM 4 can also be used while it is charging your phone.

Q: What is the difference between saving photos and videos on Android versus iOS systems?

A: When you save photos and videos on an iOS system, they will be saved to the album; whereas, Android devices save media in storage or a microSD card.

Out of Stock Out of Stock In Stock Low Stock Special Order Usually available in 5-7 days Discontinued In Stock Call To Order 48 Hour Delivery Out of Stock {{accessory.Price}} 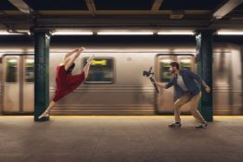 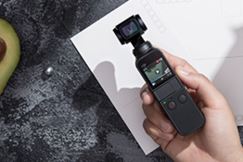 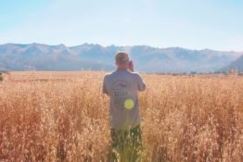