Looking to step up your filmmaking? Kristian Hampton gives his top five reasons for investing in an external recorder 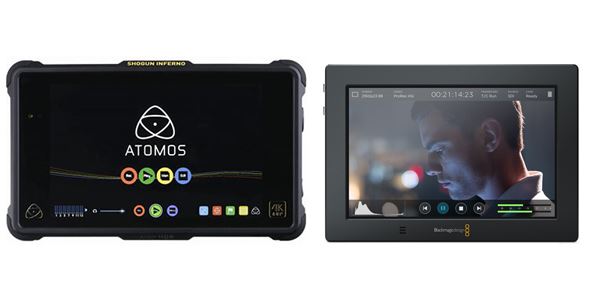 The list of cameras available to filmmakers seems to be ever growing. Accordingly, we conduct meticulous research before we make – or even think about – our next camera purchase.

So why would I want to talk about external recorders? Well, while new cameras seem to come to market practically every other month, video codecs are developing at a much slower rate. This provides an opportunity to invest in some gear that can not only improve and add flexibility to our filmmaking, but will also likely outlast the camera we bought it for.

Regardless of whether you’re shooting on a CSC, DSLR, or a larger camera such as a C100 or FS7, an external recorder is a versatile asset to have in your kit bag. Here are my top 5 reasons why:

Sensors are getting bigger, and thanks to the DSLR video revolution, it’s commonplace to see filmmakers shooting at fast apertures to obtain that shallow depth of field look. It may look attractive, but it does come at a cost, and that’s the smaller window you now have for achieving critical focus. Put simply, a bigger, brighter and higher resolution screen, such as the 1500nit and seven inches of full HD you get on the Atomos Inferno series, is going to help. 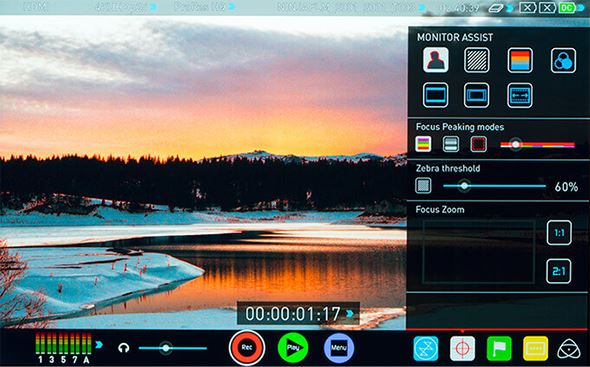 We know how valuable scopes and waveforms are when it comes to grading in post, but they are equally important in the acquisition stage. Some cameras have the ability to display them; some are not able to show any at all. Most professional external recorders allow you to display these vital monitoring tools to measure the focus, brightness, luminance and chrominance properties of your image.

Shooting in a Log profile helps retain as much information in the image as possible, lifting the shadows and squeezing the highlights to increase the dynamic range. The image we see on camera when shooting in Log (if your camera has a Log profile) can look washed out and flat, so it can be hard to envisage what the image may look like when finally graded.

Most professional recorders have the capability to load in Look Up Tables (LUTs). These are used to map one colour space to another, and on an external recorder they can usually do this in real time. This means that whilst recording in a flat Log profile, we can overlay a look and grade similar to what will be applied in post. So when you’re on set, you can see how your final shots could look while still retaining as much detail as possible.

Most professional cameras now capture somewhere between 10 and 16 stops of dynamic range. Standard Dynamic Range (SDR) video, which was the Rec709 standard developed for CRT technology, meant that these 10+ stops of DR would be displayed at a maximum of 6 stops on screen. As technology has advanced, a new standard has been developed to better display the improved capturing capabilities of modern cameras, and that’s HDR video. A modern consumer television can’t be certified as HDR unless it can display at least 13 stops of DR, a huge increase from the 6 stops in legacy Rec709 standard.

In line with this development, Atomos has implemented its AtomHDR engine in its full product line. This not only gives filmmakers the ability to shoot and record HDR footage while overlaying LUTs, but also, on the Inferno and Flame series, the ability to view it in all its glory on the built-in HDR screens.

Lastly, just to reiterate, it’s still an external monitor, which means it opens up different options for rigging support equipment such as camera cranes, stabilisers, or shoulder rigs. 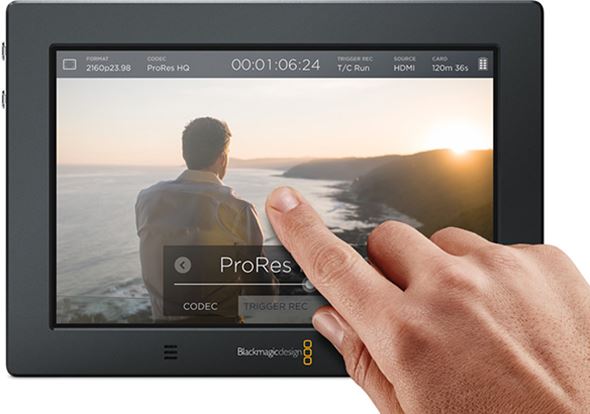 The difference here really shows when your shot has many shades of the same colour. Think about how many shades of blue there are in the sky – I’m going to go out on a limb and say there are more than 256, the maximum you can capture in 8-bit video – the maximum for many smaller cameras. Simply upping from 8-bit to 10-bit is going give you an increase from 256 shades per channel (RGB) to 1024. That’s four times more colour information per channel, and therefore a much more accurate representation of the sky when captured.

All cameras have limitations on what they can record internally, both in terms of bit-rate and bit depth. If you’re shooting on a CSC or DSLR, then the limitations are generally going to be more prevalent than that of larger format cameras. Using an external recorder can bypass this, and if your camera can output clean uncompressed video, you can effectively record what your camera sensor sees all the way up to RAW recording on the Atomos Inferno.

It’s important to check what your camera is capable of outputting, as this will directly affect the maximum quality of recording you’ll be able to achieve on an external recorder. Some cameras can output a clean 10-bit 4K video, and whilst other can only output compressed 8-bit HD.

Many smaller cameras, such as DSLRs and CSC cameras have a video recording limitation of around 30 minutes. This often isn’t due to internal technical limitation, but is an implemented software limitation due to tax regulations on camera equipment in Europe. External recorders solve this problem. A 1TB drive can get you 10+ hours of 1080p recording time in ProRes HQ.

The need for professional XLR audio inputs is an issue we have all faced when it comes to shooting on smaller cameras. Instead of investing in proprietary audio adapters, an external recorder can be a more versatile solution. For example the Blackmagic Video Assist provides 2 channels of balanced XLR inputs, and the Atomos Infernos including the ability to supply 48v phantom power.

4. Standardising your codec – no transcoding

If you regularly shoot on different cameras, or need to deliver your footage in a common professional format such as Apple ProRes (which, I might add, can be a pain if you’re Windows based), knowing you’re going to have a consistent final output format regardless of what you shoot with means one less thing for you to think about.

Recording both to your camera and to an external recorder is an easy way to make sure your footage is backed up should the worst happen.

This can often get overlooked, but can be absolutely vital. We know having an external recorder can benefit our filming and save us time transcoding, but it also gives us an extra lifeline. Without one, if your camera’s internal recording fails or corrupts (even worse if you only discover this when you’re in post) then you have no plan B. That’s one embarrassing conversation, and one unhappy client. With an external recorder, you’re covered.