Olympus has been setting the agenda amongst the rugged camera fraternity for a while now and the TG-810 is the latest and greatest. Proof against more things in more ways than any of its rivals – the TG-810 can be dropped from 2m, submerged to 10m, crushed by 100kg, frozen to -10oC and apparently even resists scratches. At the same time it's crammed to the gills with outdoor extras, so now when the going gets tough the Tough knows where it's going.

Most compacts have been getting smaller but the top Tough has actually been bulking up. It's no lightweight but this palm sized bruiser is muscular rather than flabby. You can even imagine it jostling up to a bar, but unlike bald, stocky Hummer drivers it's amazingly well endowed. It still looks good and can mix with the toffs and the tuffs – it won't look out of place surfing or schmoozing, although it's not as Rolex-like as its ancestors. It's almost a one stop shop for action persons and has grown up as a camera too. 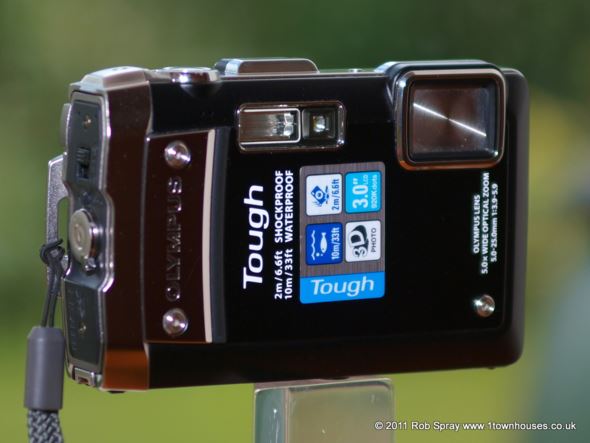 If you've met one of the Tough family before then the exterior will be familiar. The signature sliding metal cover keeps crud and incoming missiles away from the lens off duty. Although the back panel has regressed to plastic rather than the liberal metalwork of the front and accent chunky end cap, it is dominated by a superb 3” VGA display. One reason for the increased plastic content is that the TG-810 is Eye-Fi compatible. Eye-Fi SD cards are a great complement to the frontierless approach of this camera – but there are so many other add-ons we should save that story for another day!

So it's Tough but what's new? Well, the case reveals one of the major outdoor enhancements without serious searching. The bulge on top shouts GPS so you'll guess that every photo is geotagged (at least outdoors when there's reception) with your location. There's a compass too for old school walking about and a manometer which can tell you how high up you are or how deep underwater you've ended up. It begs a few questions... not the least of which is how soon will one of these carry Bluetooth or act as a phone. Phones packing dodgy cameras have been dogging us for ages but how much better to have a camera that can call rather than a phone that acts as a half baked camera? 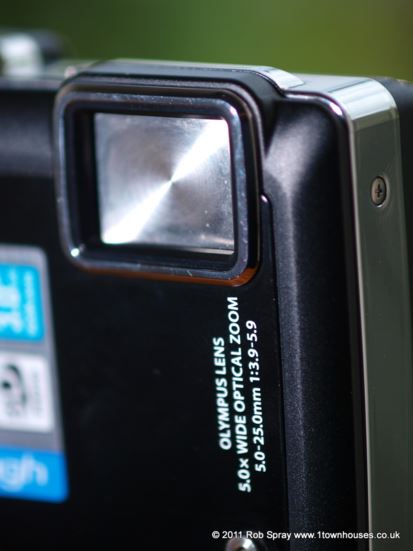 The signature sliding cover is still part of the package

The large single waterproof door has had an extra lock installed since the last generation which provides access to SDXC compatible card slot, battery compartment, USB/charging connection and micro HDMI socket. The lock lever only turns when the catch has locked properly so you know you're watertight. The new door has two seals; one gasket and one piston 'o' ring – twice as many as  the old style Tough which we took to 20m! The controls are small and metallic but you can engage Tap Control if you expect to be wearing gloves or wielding ham fists.

If you want to track your exploits bear in mind that all GPS systems need some time to get a fix, they recover more quickly if they haven't moved. I found it best to power up before moving off. The GPS isn't very configurable but will suggest local landmarks. Positions are given in old school degrees, minutes and seconds which is easy to covert to other format. Once locked every picture was tagged - with the last fix if there's a break in coverage. On playback you can see where you were and even which way you were facing. 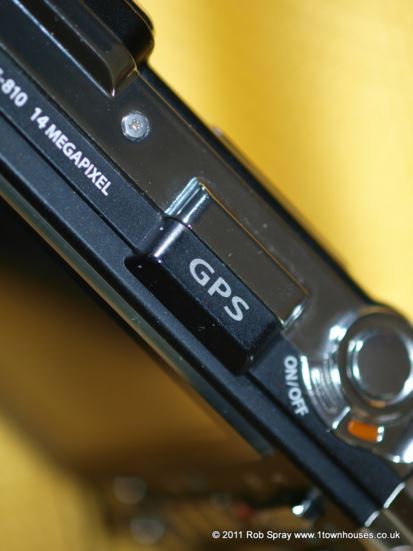 Battery life itself is quite variable. As a plain camera the battery is a decent size (same as in the larger XZ-1) but with all the options on it's under pressure. Running the GPS and compass will shorten battery life, from about 300 to around 200 shots. This is a camera that will use power while it's not shooting too and while there are power saving options, a second battery is a must – like I suggest with all little cameras. 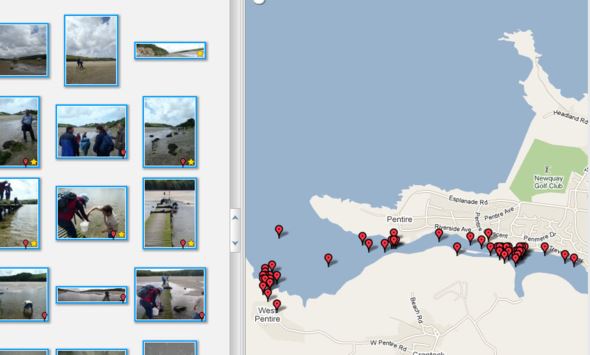 Like some other recent cameras this one charges via USB and doesn't come with a separate charger.  I'm still in two minds about that but it's pretty neat. The downside is that you have to leave the seals open and gathering dust for the 2-3 hour charge. This is a camera which could do with wireless charging and downloading options.

The 10m depth rating is enough to actually start diving, so for a proper test I took it for a dip – much to the disbelief of everyone else on the boat. Underwater the sharp screen is excellent and the manometer keeps track of how deep you are, warning when nearing the  'limit'. We've doubled what's suggested by '10m' cameras but that's silly and there's a matching 40m housing for regular divers. It's worth having as the enlarged controls are easier for cold or gloved hands at greater depth. The joystick particularly needs a deft touch underwater but I was running through all the options which most normal people would set and forget. 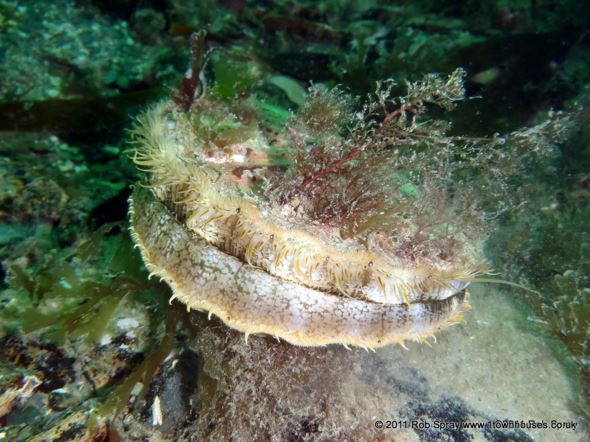 This kind of camera is ideal for underwater nature lovers, this scallop is 10m down

The compass works under water too and there's a navigation mode can be called up wet or dry which lets you pretend to understand where you are with altitude/depth, heading and position (or the last fix underwater as there's no GPS for anyone there). The compass works with the camera vertical (like when you're shooting) which feels odd as the responsive needle looks like a real one which you'd use flat.

Whether any little camera needs 14 Megapixels is open to question, but that's what the top Tough has so it's up to speed for any spec hunter. It won't break resolution records but I liked the handy 5x lens, running from 28-140mm (equivalent). For a camera with folded optics it's sharp and fast to focus. I was surprised that ISO only goes up to 1600 when predecessors have gone higher, but I reckon that's just some welcome realism creeping in. I think the IS is being used to hold longer exposures and collect more light. It has both optical and electronic image stabilisation which did a fair job under some severe duress on bouncing dive boats. Video shooting only uses the electronic version since that's fast enough to steady 30 HD frames per second. I was impressed with the video quality, as were those I shared the clips with, it's not a bad little camcorder and couldn't be easier to use with a dedicated start/stop button on the back. It shoots 720P HD video in the efficient MP4 format – ideal for YouTube clips of your extreme antics. Video wasn't GPS tagged – or at least not in a way any of  my apps recognised. 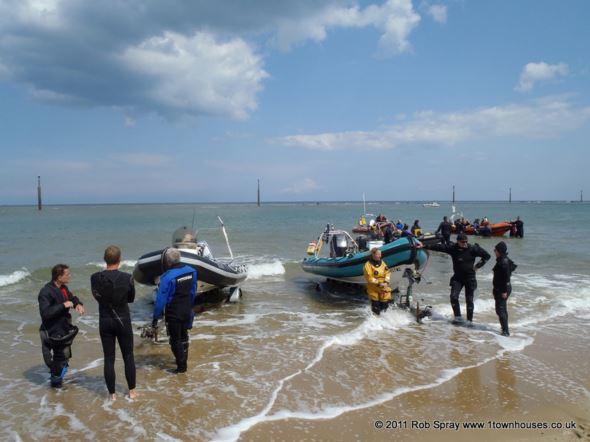 I love that most cameras have a 28mm wide end these days, get the whole day in - Thanks to Manta Divers

There are no direct shooting controls, but if you nudge the joystick any way but up the shooting menu appears on the right hand of the screen and all the parameters for your chosen mode appear. Controls you can't use don't appear. Mode is the top option and so the control flow is logical, for once. Those mode options sound quite diverting: Magic, 3D, Panorama, scene, iAuto and P (for program) – which is the most grown up. Having them all on tap does encourage you to try them out, panoramas are one of my weaknesses and not having to dig into menus is very refreshing. The P mode doesn't pretend to be manual (like some compacts) which will hopefully not mislead or scare novices.

Coastal panoramas are tough because the waves are moving!

I couldn't view the results of the very easy 3D thing but the Magic filters are nicely obvious. It was a shame not to find the cool dramatic tone filter in amongst the selection (pop art, pin hole, fish eye, drawing, soft focus, punk, sparkle, watercolour), but I'd vote sparkle as almost as much fun. It's a star filter flare effect off strong highlights. If you feel pointy and shooty the iAuto mode is fast enough to use unlike some other hands off choices I've tried. It leaves you able to force the flash off and set the self timer. The obligatory SCN modes include all the usuals plus pets, apparently it can tell cats from dogs! If you go underwater those modes include a useful shortcut to hold focus.

Panoramas do become a bit of an addiction

There are some interesting options deeper in the config menus. Most amazing is the chance to use full size flashes in RC mode either on the surface or underwater. There's even a slave trigger setting too, unique in this class of camera and both great options for divers (See reviews of the FL-36 or UFL-2 for more on this).

The menu is simple for such a packed feature set, the only aspect of its design I'd take exception to is putting 'reset' as the very first option. Two fumbles and you could undo all your preferences. Not a great choice and a schoolboy error.

Scores on the waterproof doors

If you need a Tough camera then you really don't need look any further, by any measure (short of underwater housings) the TG-810 is the toughest Tough ever. The range has a real spread and starts with waterproof enough for any surface use and ends up here with a model dripping with extras. It's not a shoddy snapper and can step up to daily duty for most folk. Even for me whose SLR goes out in all weathers and any topside location there are times when I can't (or won't) put it in harm's way and this is the perfect antidote to photo free peril. 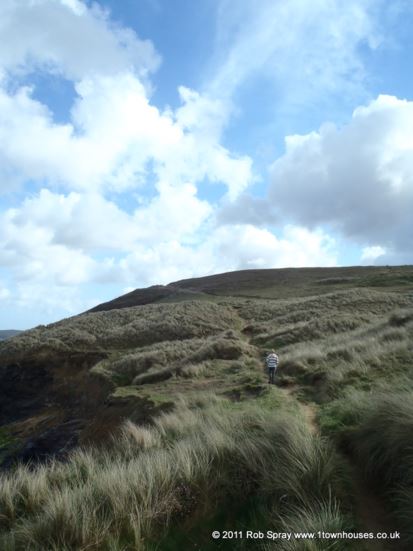 If you're heading into the great outdoors, pack a camera that isn't scared of clouds

All the bells and whistles simply add to the outdoor credentials of a very decent little camera. To pack everything into the flat case takes folded optics but these are now well developed and the equal of many an expanding lens – I'm sure that's no surprise. I really took to this rugged spring visitor and enjoyed looking at the tracks of my days out and being able to pinpoint views and locations. Not everyone needs all that, but most of us would enjoy it and if you work in the field or spend plenty of time there, it's a great go everywhere companion.

P.S. Coincidently I picked up an Always-On wrap round case. These are ideal for flat cameras as an alternative to a bag. This camera might claim scratch resistance but I wouldn't leave it to rattle around with random manly gear in my day bag.

P.P.S. You should have had sharks in this but my foreign correspondent was banned from taking this beast in with him for fear of 'contamination'. That's ironic as these Toughs are some of the few cameras which can be properly disinfected – forensic services use them for crime scene work because they can bleach or cook them afterwards!

Likeable, capable and a bit cool