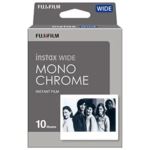 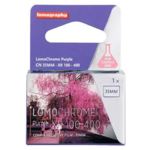 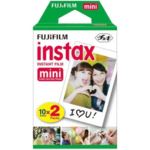 There’s no substitute for the physical permanence of film! While digital cameras are continuing to get faster and more technologically advanced, many photographers are re-embracing the old-school cool and delayed pleasures of film. Whether you want to shoot the street with a roll of 35mm film, appreciate the beautiful tonality of 120 medium format, or have some fun with instant film, we’ve got all the analogue emulsions you need.

Read on for our quick guide to the different types of film available, so you can get an idea of which is suitable for you. And once you’ve made your selection, don’t forget to pick up some handy photographic accessories like a tripod or camera bag.

What are the main different types of photographic film available? Here we’ll run you through the basics.

35mm film is probably the most common film format still in use. It became popular throughout the 20th century as an affordable format that would give users a lot of shots per roll, and by the latter years of film’s heyday, the vast majority of SLRs being produced would shoot 35mm film. The size of a full-frame digital camera sensor is based on the size of a single 35mm negative.

This type of film is available in both colour and black and white formats. Kodak and Fujifilm are the most prolific manufacturers of 35mm colour film, while Ilford and Kodak dominate the world of black and white. You will generally get around 36 shots on a single roll of 35mm film – sometimes one or two more, sometimes one or two less, depending on how efficiently the film was loaded.

120 film is a larger format than 35mm, and is generally referred to as medium format – digital medium format cameras have sensors that mimic the size of this film. 120 film will actually produce different image sizes depending on which camera you use; the sizes available are 6 x 4.5cm, 6 x 6xm, 6 x 7cm.

The larger format gives you greater ‘resolution’ to play with, and also allows for much more latitude to isolate a subject in a shallow plane of focus with a blurred background. Portraits shot on 120 film can pop so much that they look almost 3D! However, 120 gives you fewer shots per roll to work with (generally around 8 to 16). A medium format setup is also much heavier than a 35mm one – though also more durably built. Neither is better, it’s all about your preference!

While 35mm and 120 film will need to be developed after you’ve shot it (more on that below), the advantage of instant film is that it pops out of the camera straight away. When most people think of instant film, they think of Polaroid cameras, and since the brand’s regeneration there are loads of great Polaroid cameras and film types to choose from. However, Fujifilm Instax format is also popular – its prints are smaller and less detailed, but also more affordable and faster to develop.

Developing, scanning and printing your film

Once you’ve shot your 35mm or 120 negatives, you’ll need to develop them! Film processing is a fun skill to learn, and if you fancy trying your hand in the darkroom, we have a selection of darkroom chemicals available.

Alternatively, there are plenty of film development labs around the UK where you can get your negatives processed, and in many cases scanned and emailed back to you as JPEG or TIFF files. It’s easy to post your rolls and get the negatives sent back to you, or if you live nearby many will allow you to drop your films off in person – just like you would with a disposable camera back in the day.

Printing from film is also a great way to produce a high-quality physical image for hanging on a wall or gifting to a friend. You can browse our selection of wet paper if you want to print yourself, or get in touch with a photo darkroom or printing service – many will be happy to print directly from your negatives.

Where should I start with film photography?

If you’re completely new to the word of analogue photography and want to jump straight in, we’d recommend trying out 35mm film. This is a cheap format, offering enough shots per roll to allow for experimentation, so you won’t sweat it too much if you waste a few shots (and believe us, you will waste a few shots). All you need is an SLR camera, a lens and a few rolls of film!

Do I need a light meter for film photography?

Probably not, but potentially. Many film cameras come with metering systems, some more sophisticated than others, and generally a light meter is not required. However, learning to use a light meter can be great for your photographic practice, and given that older film cameras can be temperamental in use, there’s no harm in getting one. Browse light meters here.

Is film photography making a comeback?

Film photography has found a new audience with younger people, in part thanks to the rise of social networks like Instagram, and its popularity is steadily climbing. It’s a great time to be a film shooter!

What is ISO in film photography?

ISO in film means basically the same thing it does in digital – it refers to the sensitivity of your film stock. A roll of ISO 800 film will be much more sensitive to light, and therefore more usable in dark conditions, than a rolle of ISO 100 film. The trade-off is that the high-ISO film produces more grain – which some users prefer.

You may see some film literature refer to ‘ASA’ instead of ISO – this means the same thing, and is just an older term that was used in the 20th century.