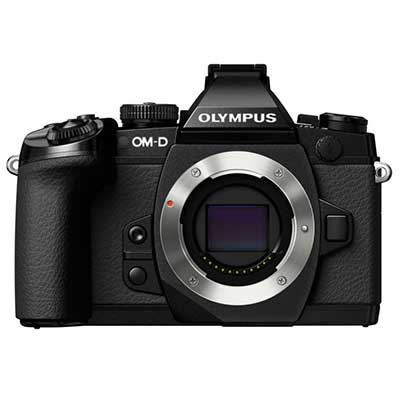 The Olympus OM-D E-M1 Mark II Digital Camera Body is a superior, upgraded compact camera system that builds upon its predecessor, OM-D E-M1. The camera features a 20-megapixel Live MOS imaging sensor, 5-axis image stabilisation system, and 121 Cross-Type On-Chip Phase Detection AF Points. The body of the camera has been crafted from lightweight Magnesium Alloy (600g) and is also waterproof, making it ideal for a variety of photographic genres and challenging shooting environments.

The E-M1 MK II makes the most out of its upgraded electronic shutter. Users are free to record 20-megapixel RAW images at up to 60 frames per second when working in the S-AF Mode. Alternatively, users can capture 18 frames per second in the C-AF Tracking Mode. Additionally, the high-speed mechanical shutter can be utilised to capture full-res photos at 15fps in the S-AF Mode. As of writing this article, this is the fastest shutter performance when compared to other cameras on the market in its class.

The extremely precise high-speed autofocus that has been incorporated into the E-M1 MK II is capable of recording split-second moments with convenience and ease. Featuring 121 Cross-Type On-Chip Phase Detection Points, in addition to the Contrast Detection AF, the Dual Fast AF supports vertical and horizontal line detection, delivering first-class accuracy. There are 4 AF Target Modes consisting of All Point, Single Point, 5-Point Cross, and 9-Point Group. The user can easily switch between these with a mere press of a button. The newly-introduced Subject Tracking Cluster Display allows for easy focus on moving subjects when working with the in-camera C-AF Tracking.

Users can enjoy best-in-class image quality with affluent gradations thanks to the 20-megapixel Live MOS Imaging Sensor. The camera is capable of recording stunning 4K (3840x2160), and C4K (4096x2160) video with a max bit rate of 237Mbps. The applied, anti-reflective AR Coating effectively guards against flare on the sensor; whereas, the TruePic VIII Image Processor partners with the Double Quad-Core System becoming the catalyst for the fantastic autofocus speeds and blazing sequential capture. The included 50-megapixel High Res Shot Mode amalgamates 8 shots to generate a singular image with ultra-high resolution. Users can enjoy hand-held shooting with the resulting images being shake-and-blur free thanks to the built-in 5-axis Image Stabilisation System. It provides up to 5.5 shutter speed steps of compensation. Finally, the Pro Capture Mode facilitates lag-free photography via taking and buffering an ongoing series of full-resolution JPEG/RAW images when the shutter release button is half-pressed. If the button is fully-pressed the image is instantaneously recorded along with 14 previous frames. To continue shooting, simply keep the button fully-depressed. This is absolutely fantastic when trying to capture a fleeting moment.

The camera comes equipped with the Silent Shutter Mode that fully eliminates shutter noise along with all other electronic sounds making it ideal for wildlife, concert halls and all other quiet environments. The incorporated Focus Bracketing and Stacking allows users to take numerous photos of a subject. This sequence of photographs can then be stacked to create a singular, superior image with edge-to-edge clarity. Other features such as the Live Composite and Live Bulb modes aid the creation of gorgeous night-time compositions. The user is able to view the image build-up on the monitor which provides full control over exposure adjustment. 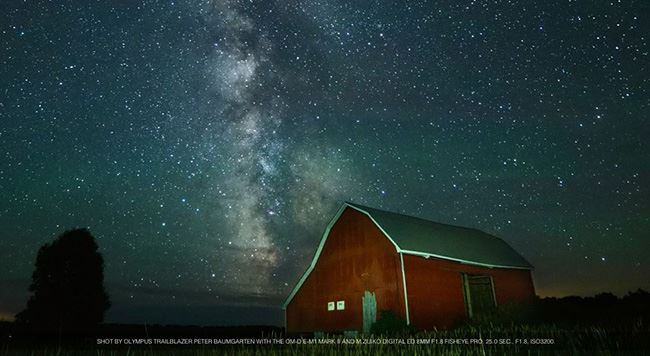 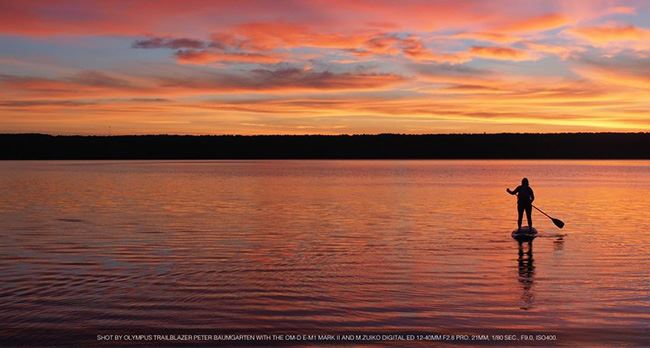