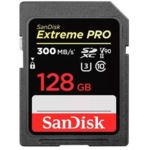 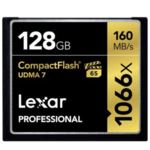 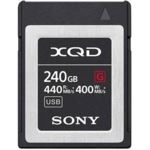 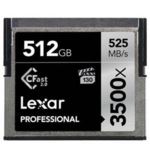 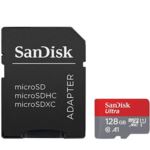 Memory cards are an often overlooked but absolutely essential part of any photographer or videographer’s setup. The sharpest, most high-resolution images in the world aren’t worth anything without media to record them onto! A good memory card can last you for years, so it makes sense to give its purchase as much consideration as you would a camera or a lens.

Different cameras are compatible with different types of card, and it can all be a bit confusing. On this page, we’ve put together a quick guide to the main types of card, from common SD cards to the faster formats used in professional cameras.


Here is a quick guide to the main types of memory card you’re likely to encounter in photography and video.


SD cards are the most common types of memory card for cameras – the vast majority of digital cameras will have at least one slot that accepts an SD card, and if you’re not sure what to buy, this is probably a good place to start. One of the most popular cards we sell at Wex is the SanDisk Extreme 64GB SD card, as it does everything most photographers will need for a good price.

These days, SD cards are exclusively referred to as “SDXC” or “SDHC” – these are the exact same type of card, just with more storage space (the acronyms refer to “eXtended Capacity” and “High Capacity”, respectively). You may also notice that many have additional classes like UHS-I or UHS-II; these refer to their transfer speeds. UHS-II SDXC memory cards provide faster read/write speeds, which makes them better able to keep up with high transfer demands like high-resolution video or fast burst shooting. Browse SDXC and SDHC cards.


CFExpress is the newer form of Compact Flash (more on which below), and is the current speed standard for professional cameras. Most pro-spec cameras like the Sony A7S III or the Canon EOS R3 will have slots for CFExpress, as well as SD UHS-II, ensuring blistering transfer speeds and high capacities. The maximum speeds of data transfers that CFExpress cards are theoretically capable of are right now far beyond the capabilities of the cameras that use them, so CFExpress cards are highly future-proof.


Micro SD cards are the smallest common card type. They tend to be used in mobile phones, tablets and other smaller digital devices. Despite their size, they are capable of holding large amounts of data, with Lexar producing a 512GB microSDXC card, though most users tend to find that a microSD card of 32 GB or 64 GB is sufficient for their phone or tablet to store some apps and media. Browse microSD cards.


XQD is a format that slightly pre-dated CFExpress, and the cards are the same physical size and shape. This means that theoretically XQD picture cards can be used in CFExpress slots, and vice versa, though this generally requires a firmware update to ensure smooth sailing. Nikon Z cameras were initially released with just one XQD slot, though were subsequently updated to also accept CFExpress. The two types of card operate at about the same speeds now, but CFExpress have a higher speed ceiling, so are more future-proof. Browse XQD cards.


Another upgrade on Compact Flash, CFast cards were introduced a few years ago specifically for the purpose of handling 4K video. Many users think they are the same as CFExpress – they are not, and are actually a different size and shape. You probably only need CFast if you are using an older camera – double check your camera’s manual or search online if you are unsure. Browse CFast cards.


An older standard of format, Compact Flash memory cards were once the fastest on the block, and now are the preserve of older DSLRs. If you’ve picked up a previous-generation DSLR second-hand or have been using the same faithful camera for years then you may be able to make use of a CF card – once again, check the manual to make sure. Browse Compact Flash.

How do I connect a memory card to a computer?

This depends on the kind of computer or laptop you have – some, especially Macs, will have their own card slot that allows you to insert it directly. If not, you may have to buy an SD adapter or SD card reader, which you can then plug into the computer via USB, just as you would a memory stick.

Which memory cards are best?

The most important thing when buying a memory card is to get one that is compatible with your camera. This, more than anything else, will dictate your purchasing decision, so double-check which types of cards your camera can accept. A quick google should be more than sufficient to resolve the question.

Many of the manufacturers who produce memory cards, such as SanDisk and Lexar, also produce flash drives with comparable transfer speeds. These can be a good way of making a backup if you’re on a multi-day shoot and want to make sure you’ve got space for more images without losing what you’ve already shot.

How many memory cards would I need for photographing a wedding?

At least three. Cards, like any piece of technology, can fail sometimes, and card corruption can cause losses of large amounts of data. If you’re looking to shoot weddings you should ideally bring along a camera with two card slots, and make sure they’re both in use. Then have at least one spare on hand in case something goes wrong.

How do memory cards get corrupted?

Card corruption can happen for any number of reasons. It can be due to physical damage of the card, computer malware, improper use (pulling out of the reader before ejecting) or any number of other things. As a rule, try to store your cards safely, in an area where they won’t be affected by damp. Make a habit of formatting cards regularly, not just deleting everything on them, and always eject cards properly before pulling them out of a device.

Looking to save on your equipment?
Explore our range of second-hand, used, and open-box computing items »