The Big Life Fix: Designing a Camera Like No Other

Jude Pullen tells us how he designed a bespoke camera for James, a photographer with a terminal illness

If you’ve not been watching the BBC’s Big Life Fix, you really, really should. The programme hosts a collective of designers and engineers who are devising technological solutions to help people whose problems are difficult to fix with conventional methods.

On a recent episode, product design engineer Jude Pullen and the rest of the team were tasked with creating a camera for James Dunn, a 22-year-old man who suffers from epidermolysis bullosa – a terminal illness that causes his skin to fall off, blister and scar. While James loves photography, his condition has caused his fingers to fuse together, and operating a camera independently is impossible for him.

Jude and the team set out to design a camera that could help James do what he loves – take pictures. The short video above shows the story in a little more detail and is well worth a watch.

We loved the story, and wanted to find out more, so we got in touch with Jude to find out a little more about how he designed a camera to change a man’s life…

Jude joined the programme after being handed a flyer at a trade show, and brought on several other people he knew would be a good fit, including Haiyan Zhang and Ross Atkin. As a result, Jude was acquainted with almost the entire team before the project started. It was, he jokes, “Not the newest networking experience, but certainly a great collaboration.”

While the team may have come together easily, the actual making of the documentary proved to be a challenging process for all involved.

“If you’ve been involved in film in any way, you can read between the lines and see that this was quite a difficult thing to film,” Jude says. “They’ve approached it from a different angle and been very ambitious – at one point I think it was known as ‘the unmakeable documentary’! They produced vast amounts of footage. Of course, I think they’re all riding quite high now that they’ve pulled it off.”

A diagram of the component parts of the Zocus, James’s camera

“We’d always wanted to try and do some if not all of the projects in an open-sourceable format,” Jude says. “I’ve done a lot of work with a website called instructables.com, and I knew that whatever we ended up creating with James, we wanted it to be very reproducible.”

“This meant I wasn’t using exotic parts – I was using things that were globally available for James (e.g. on Amazon). This is good for maintenance – he can always get a new servo motor if one burns out. The parts are all 3D-printable and the screws are very standard, to the point where they’re all one size.

“We tried to be economical with the number of different parts as well – so for example the things that hold the two servos are identical, just flipped around. It’s little details like that which make the final design more expedient and more cost-effective.” 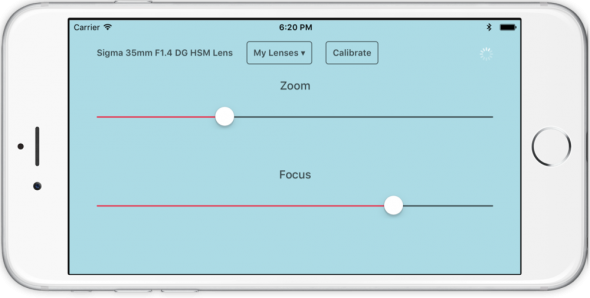 Jude and team worked with James to ensure the design was as well-suited to him as it could be, however as James is still experimenting with his photographic styles and figuring out his photographic ‘voice’ as it were, they had to ensure he had all options available to him.

“You can spend years and years twiddling with different buttons and parameters, but when push comes to shove, your style is usually defined by two or three things that you do really well. That’s often what makes people's work iconic. But of course James is still experimenting with which of these things will define his style, so the brief had to provide everything at the start!”

The project took Jude and the team about three months to complete, however he did have to juggle it against a few other responsibilities.

“The other projects I had going was the big project in my life – my newborn son, and moving house, all in the same months. So it was three months while doing that as well. So I think three months is an achievement, to be honest!” 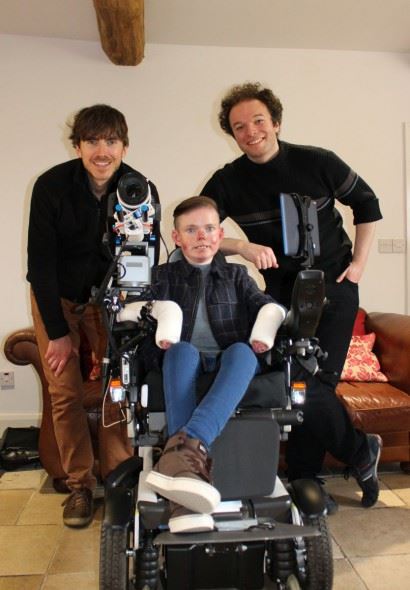 The reveal and the future

If you’ve watched the programme you can likely remember the moment when the team delivered the customised camera for James and how truly uplifting it was. Jude, however, recalls feeling a different emotion on the day.

“I think to be honest all of us had the same sense of just sheer relief!” he says. “When you’re being filmed and you’re bringing out this heavy rig for famous people like Simon Reeve to have a look at, it’s actually quite nerve-wracking. The main feeling I remember is just relief that it worked on the day!

“However, you have those moments afterwards to really reflect on it, and then that sense of pride and achievement comes back into your emotional spectrum. Of course, and then you go through another stage, when you’re thinking ‘I wish I’d done that, and now I think about it this way, we could have done that differently.’”

This is one thing the documentary isn’t able to show – though the design has been completed, for James, Jude and the team, the work is still going on in terms of real-life testing.

“We’re going through a process of refinement,” Jude says. “Ryan White, a hardware engineer also featured in the show, was so busy he wasn’t able to help with the electronics of this, but now we’re finished he’s taken one look at it and said we should definitely change some of the components if we want real optimisation.

“I’m actually really excited about this – a chance to learn properly from someone who is an electronic specialist, as opposed to me just having a look at a few things online. Which is admirable under the circumstances I guess, but it’s nice to keep it going and make sure we do the job properly.” 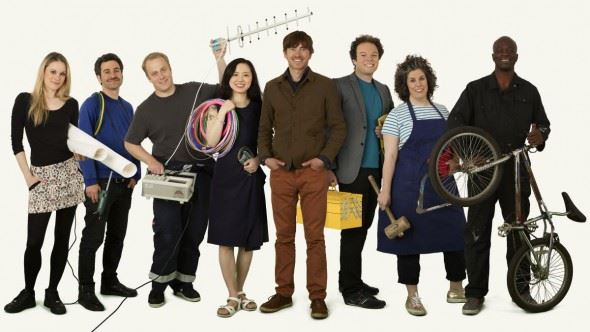 Jude has made the entire Zocus project open source, at Instructables, and is excited by the responses from people to improve on and enhance the initial design. James’s episode of The Big Life Fix is available to watch on BBC iPlayer until January 8, 2017. Jude is on Twitter as @jude_pullen, and his website is judepullen.com