Following hot on the heels of their updated range of L-series telephoto prime lenses, Canon have announced that they are developing a brand new lens in their line up. While the MkII versions of the 300mm f2.8, 400mm f2.8, 500m f4 and 600mm f4 are all, well, MkII versions of existing lenses, their latest announcement is about the development of a completely new lens never before seen in Canon's, or for that matter anybody else's, lens collection. 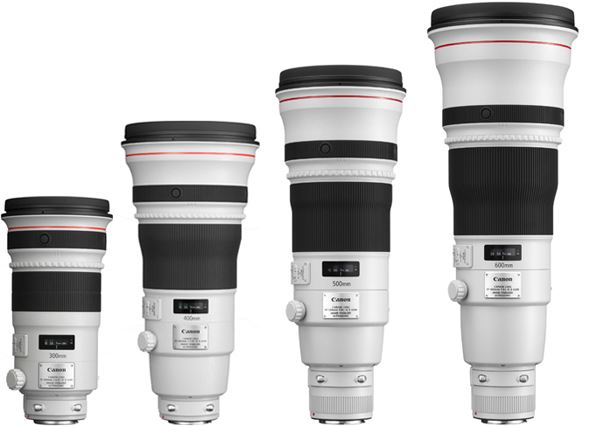 Yes, that's quite a mouthful. While not a particularly succinct title, this does tell you pretty much all you need to know, and in fact all Canon are willing to tell you, for now. It will be a 200-400mm telephoto zoom lens with a constant aperture of f/4 and part of canon's top-of-the-range L-series professional spec lenses. Because it's an EF mount it will fit on all of Canon's SLR cameras and features both USM (Ultra Sonic Motor) for fast and silent focussing and IS (Image Stablization) for reduced lens movement even at maximum zoom. What's unusual about this lens title, though, is the "EXTENDER 1.4x" part. 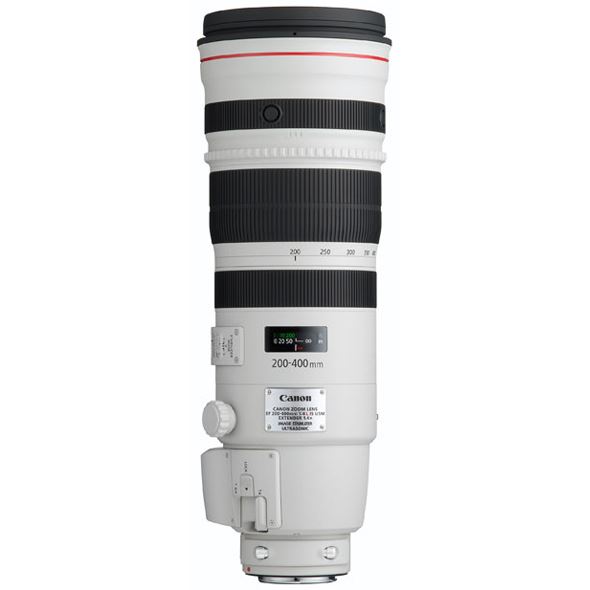 Taking a bold step, Canon have developed a lens with a built-in 1.4x converter that can be moved in and out of place simply by flicking a switch on the lens barrel. Although bound to raise a few eyebrows, this system makes perfect sense for wildlife and sports photographers who want the advantage of a fast 200-400mm lens and the benefit of a 1.4x converter when the extra reach is required, but who don't want to have to keep removing the lens from their camera every time they want to switch between extended and not extended. Having the extender built in to the 200-400mm lens and available at the flick of a switch will not only save precious time, but also reduces the chances of foreign matter such as dust and moisture entering the camera body while a traditional extender is being put in place.

Due for release later this year, this is one lens worth keeping an eye on.

Canon has announced it is developing a new telephoto lens for its EOS DSLR cameras – the EF200-400mm f/4L IS USM EXTENDER 1.4x zoom – that features an integrated focal length extender to take its zoom range to 280-560mm.

The lens will be showcased at the CP+ event to be held in Yokohama, Japan, from 9 to 12 February 2011. Developed as part of Canon's acclaimed L-series of professional lenses the new lens will be an ideal addition for sports and wildlife photographers who require high performance, fast aperture and a flexible telephoto range. It will enable photographers to shoot a greater breadth of subjects using a single lens, delivering the best possible image quality at all focal lengths.

The EF200-400mm f/4L IS USM EXTENDER 1.4x lens features an integrated 1.4x extender that can be engaged via a locking switch on the lens barrel.

The zoom lens will offer an unsurpassed combination of versatility, first-class optical performance and an enhanced weatherproof construction. The EF200-400mm f/4L IS USM EXTENDER 1.4x is scheduled for launch during 2011 and will be released as part of Canon's continued development of its EF lens line-up, offering enhanced performance and improved functions that cater for the needs of photographers from beginners through to professionals. 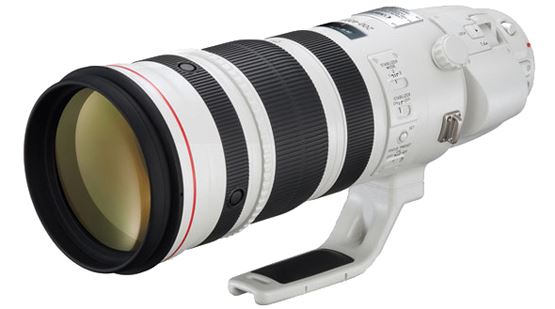