Looking for your first DSLR? Canon’s entry-level 2000D or 4000D could be the answer

Not content with announcing both a new CSC and a flashgun with a robotic head, Canon has also revealed two entry-level DSLRs, the 2000D and 4000D. These cameras are aimed at those making their first foray into more serious picture taking and video making. And indeed, both cameras offer many of the features found in the company’s more advanced devices, but in simplified and more affordable packages. 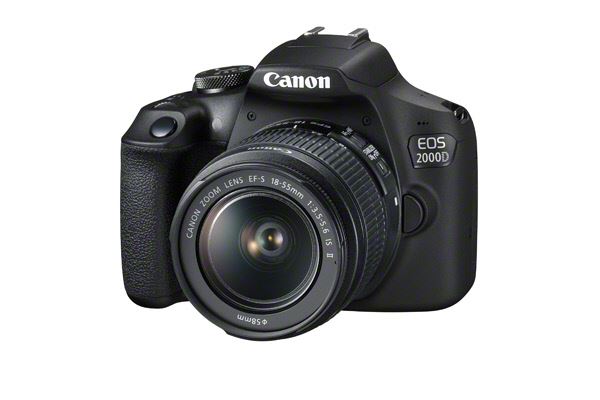 The 2000D is the more advanced model out of the two DSLRs announced; it’s built around a 24.1MP APS-C size sensor that’s been paired with Canon’s DIGIC 4+ processor. Together, these components produce photos that users can be proud of, offering the kind of clarity, quality and stylishly shallow depths of field that are simply unachievable with the smaller sensors found on devices such as smartphones.

The camera’s native ISO range stretches from 100-6400 for clean looking photos in low light, while an extended level of 12800 can also be selected if needed. In terms of its burst shooting, the 2000D can capture images at 3fps for up to 150 JPEGS or 11 RAWs. Focussing is achieved via a reliable 9-point phase-detection system, while Full HD video can be recorded at up to 30fps.

For those new to DSLR photography, the camera offers an intuitive in-camera feature guide and downloadable Photo Companion app, helping users push their creative skills to the next level. These tools, combined with Canon’s extensive range of interchangeable lenses and compatible accessories, bring even the most challenging photographic subjects within the reach of everyone.

Sharing to social media on the go is made easy, thanks to the 2000D’s Wi-Fi connectivity and NFC for one tap pairing. Wireless control of the camera from a smart device, remote triggering of its shutter and the uploading of transferred files can be completed in seconds. The 2000D’s optical viewfinder and 3in, 920K-dot, rear LCD makes composition a breeze. The camera (with battery and memory card) weighs in at a mere 475g. 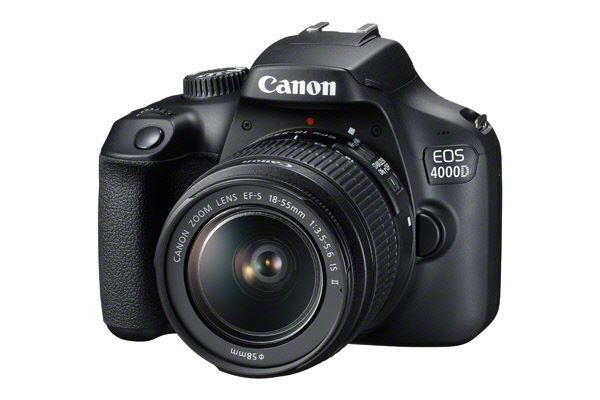 Taking your first plunge into the world of DSLR photography can seem like an expensive and intimidating process, but with the newly announced 4000D, you needn’t worry. Despite its affordable price, this device offers a respectable set of features with straight-forward handling — designed to ease beginners into using their first DSLR.

An 18MP APS-C size sensor and DIGIC 4+ processor ensure professional looking images, and thanks to the camera’s EF mount, full access is granted to Canon’s expansive lens range. The device looks to be an ideal system for users to develop and grow their skills, no matter the genre(s) they decide to specialise in. The 4000D’s native ISO range stretches from 100-6400, while burst shooting at up to 3fps is possible. Like the 2000D, the camera offers an intuitive in-camera feature guide and downloadable Photo Companion app, providing step-by-step guidance for capturing a broad range of subjects.

Users can also use the 4000D to start experimenting with video, thanks to the ability to record Full HD at 30fps. With Wi-Fi connectivity, remote control of the camera is possible and images can be wirelessly transferred to a smartphone or tablet. With both an optical viewfinder and 2.7in rear LCD that offers Live View, users can compose and visualise their image in whichever way they please. The 4000D also has an inbuilt flash for an additional burst of light, when needed.