With 4K video and technology from the Sony A9’s Bionz X processor, the new HX99 and HX95 look set to prove a hit with vloggers and photographers alike 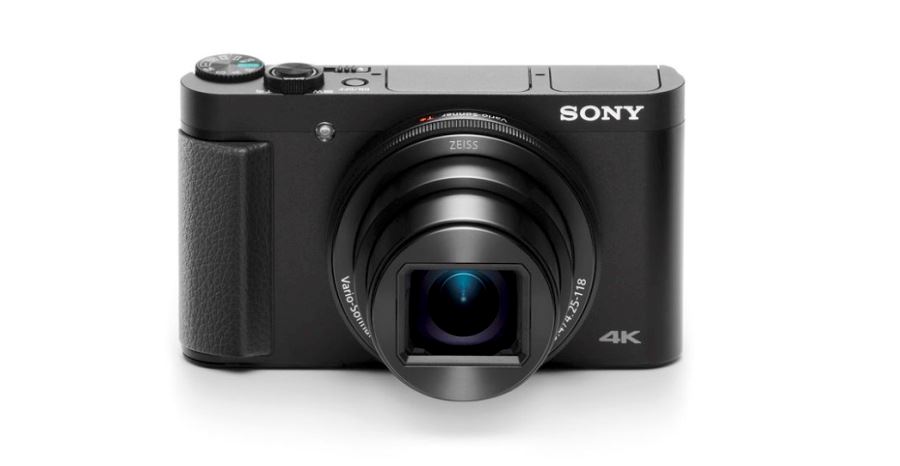 Sony has announced the HX99 (pictured) and HX95.

Sony bolsters its HX family with the launch of two brand new compact cameras, the HX99 and HX95. Although the devices are not intended to replace existing models, Sony has listened to consumers in a bid to retain popular features from the HX90, while also making some welcome improvements.

The HX99 and HX95 sport almost identical specifications. In fact, only a touch screen and control ring around the lens separate the two models (both featured on the HX99). Upon release, the HX95 will only be marginally cheaper than its compact counterpart, so your decision will likely come down to whether you’d rather live with or without the HX99’s additional functionality.

Internally, we have the familiar 18.2MP 1/2.3in Type Exmor R CMOS Sensor, promising a good base for high-quality images. Using technology from the Sony A9’s Bionz X processor, the Bionz X processor in the HX99 and HX95 helps to deliver images with a far lower noise ratio than its predecessor. This new processor also helps to improve detail, texture and colours for increased image quality.

An increase in speed is something else the HX99 and HX95’s Bionz X processor achieves, meaning you can shoot a huge 10fps in burst mode for up to 155 shots. Playback mode now groups each burst, so you have to select the desired set of images before flicking through them. This makes looking through multiple bursts easier and quicker. For users who would like a little more control over the images they produce, the HX99 and HX95 can now shoot in RAW. This means you can reduce noise even further, and enhance both detail and colours in post-production.

The HX99 and HX95 feature the same Zeiss lens, which boasts a huge focal range of 24-720mm (equivalent to a 28x optical zoom). This is housed within the compact cameras’ tiny body. While the HX99 and HX95 are the same physical size as the HX90, they weigh slightly less, just 242g. Optical SteadyShot makes a reappearance to help produce stabilised shots, even at longer focal lengths and a new Zoom Assist function makes tracking subjects easier too. Autofocus is quick to lock on, even at the longer end of the lens and another feature taken from Sony’s premium A7 range is Eye AF in AF-S mode.

The body of both compacts is small and well built. On top, there’s a pop-up flash for when the light gets a little too low and a pop-up viewfinder for when the light is too bright. A rear 180-degree flip screen makes shooting from unusual angles easier, and should also appeal to those who enjoy taking selfies or require a portable camera for vlogging (pairing the HX99 or 95 with Sony’s VCT-SGR1 Shooting Grip should make the ideal vlogging package).

As mentioned, the HX99 boasts two additional features for added functionality. The rear screen is touch sensitive and the lens features a handy control ring. By touching the screen and dragging your finger you are able to change the position of the focus point. You can also enable Touch Shutter, so you can activate the shutter by simply tapping the screen. The control ring on the lens makes changing settings manually, easier.

Video mode has been fully modernised with the ability to shoot 4K 30p with no pixel binning. This can be shot in XAVC S format and is capable of recording at 100Mbps. You can record HD video at 120fps – for those who like to produce slow-motion footage – and can also shoot proxy footage for faster edits.

To make the menu system easier to navigate, both compacts feature a My Menu tab, which allows you to choose up to 30 frequently used menu options and place them beneath the tab. This increases usability dramatically. As we’ve come to expect, image sharing should be a doddle, thanks to built-in Wi-Fi, Bluetooth and NFC. And, for those who like to travel, you can now geotag your images too.

Whether you opt for the additional functionality of the HX99’s touch screen and control ring, or the slightly cheaper HX95, both devices look to be ideal all-round compact cameras. And, that huge Zeiss lens is bound to come in handy! To pre-order the HX99 or HX95, click here.