Last month saw the annual Amateur Photographer and What Digital Camera Good Service Awards being held at a new venue – the Terence Conran interior designed Quaglino’s in St James’s, London. As the glamorous art-decoesque interior buzzed with the chatter of 144 guests from across the photographic industry, only one thing was on everyone’s mind: ‘Who won what?’.

Quadruple gongs for one manufacturer

The Amateur Photographer Awards are voted for, and perhaps argued over, by the technical wizards of Amateur Photographer (AP) magazine – the people whose job it is to pore over every specification and to test each product to within a inch of its life. As AP editor Damien Demolder spoke of the tech-advancements in each of the categories the roll call of nominees was an impressive mix of products from across the camera brands: X10, A77, D5100, GH2, K-r and 1100D were all in the running. Big smiles were on the faces of representatives from Fuji, Samsung, Canon and Nikon as they collected their trophies, some of which I guessed the winner, some were a bit more of a surprise. The biggest haul, however, went to Sony with the A77 and NEX-7 walking away with two coveted gongs each. What do you think of the winners list? Do you agree? Take a look and let us know your thoughts in the comments section below. 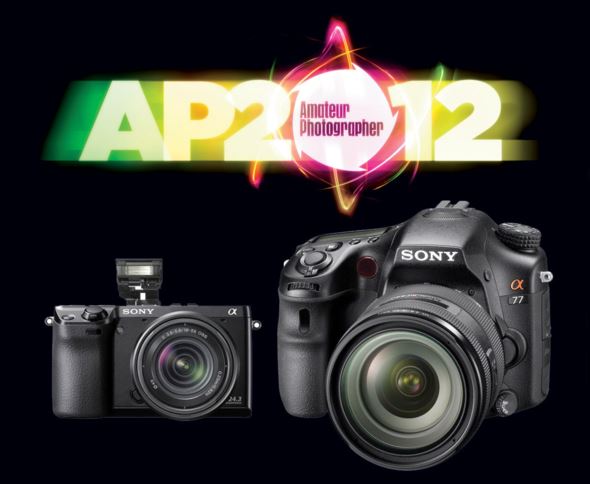 Lifetime of achievement and the power of photography

There were also two very important awards for professional photographers who have made their life in pursuit of finding the perfect image – with this year being no exception with Steve McCurry and Terry O’Neill both being honoured. 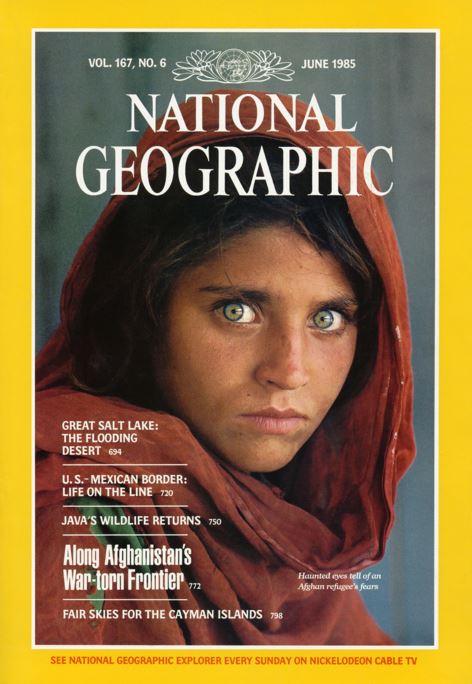 Steve’s most famous shot is the haunting image of a green-eyed Afghan girl that graced the cover of National Geographic back in June 1985. A portrait which is probably the most recognisable photograph in the magazines 124 year history. The Afghan girl herself, Sharbat Gula, was finally tracked down by iris recognition technology in 2002, nearly 18 years after the shot was first taken. Hardly surprising then that Steve won the Power of Photography award.

Terry O’Neill’s style as a photographer was fashioned quite literally in the 60s where he photographed the great and the good of models, rock stars and actors such as Jean Shrimpton, Terence Stamp, David Bowie and Brigitte Bardot. Often capturing his subjects in unusual settings and extremely candid poses. A strong advocate of powerful portraiture – O’Neill, now in his 70s, won the Lifetime Achievement Award.

If you’d like to know more about Terry O’Neill check out this article on the Wex Blog about how he got started and that famous Faye Dunaway shot.

Last and by no means least

Another substantial part of the ceremony is recognising retailers customer service. These awards are particularly special to us as they are voted for by our customers and readers of both Amateur Photographer and What Digital Camera magazines.

For almost a year now we, at Wex Photographic, have been biting our nails – would we take home Gold for the second year in a row? When Nigel Atherton, Editor of What Digital Camera Magazine, announced that some retailers in the room would unfortunately be leaving empty handed I must admit my stomach dropped a few fathoms. But we didn’t have long to wait, first up was our previous years win: Online Retailer…

A big sigh of relief as our name was called and I was ushered, along with eCommerce and Marketing Director Peter Levenspiel to collect our award. I am pretty sure, even now, I am still grinning about it. 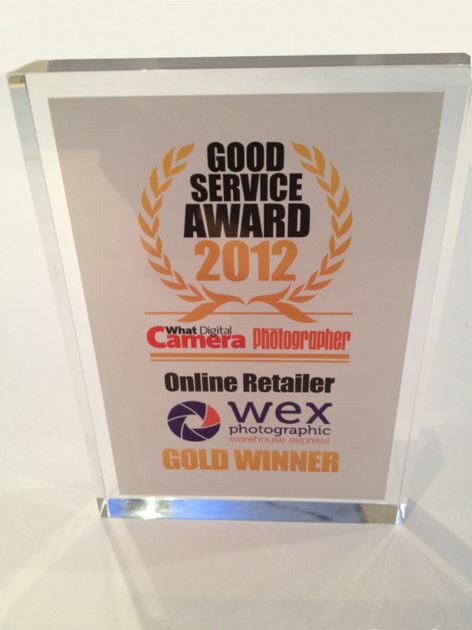 Peter said of our award:

"I know how much the individuals of our business strive to deliver excellent customer service, it really does mean a lot to us when we are recognised in this way. We also know that it wouldn’t happen for us without the support of our customers and for this we are very grateful."

And finally from everyone here at Wex Photographic – thank you for your votes!