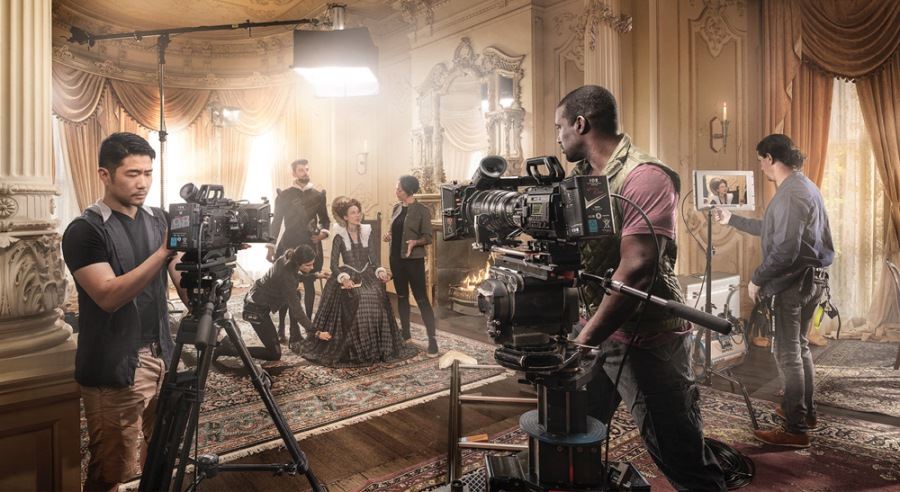 The second generation of URSA Mini Pro 4.6K has arrived and goes by the same name (with G2 bolted onto the end). This new camera body looks very similar to its predecessor and that’s because… it is! The real differences can be found within that magnesium-alloy shell, so let’s take a look at the electronics.

At the heart of the URSA Mini Pro G2 is a new 4.6K Super-35mm sensor, capable of resolving up to 15-stops of dynamic range. Blackmagic is claiming that the G2 delivers a much faster readout than its predecessor, which ultimately means less rolling shutter distortion.

The colour processing has also been updated and features a new black calibration, improvements to Generation 4 Colour Science and 3D LUTs that are now integrated as standard. The built-in ND filters have also been refreshed as they are now specifically designed to match the new colourimetry of the camera. 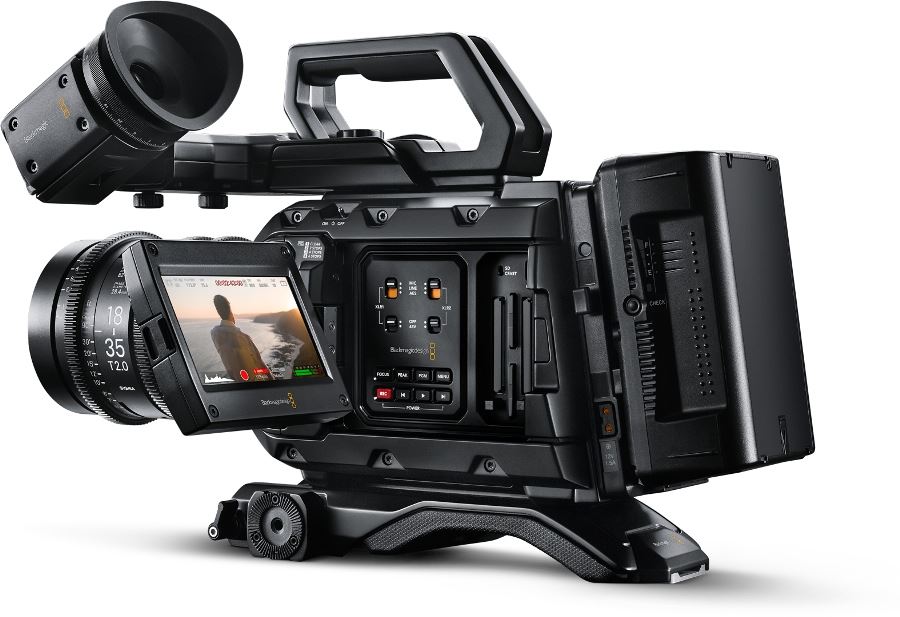 Let’s cut to the chase – here are the headline recording specs that you need to know:

It’s not all about RAW though…

It’s clear to see that the recording specification really does excel when using Blackmagic’s compressed RAW format. It’s a 12-bit RAW format that’s easier to work with than the traditional RAW formats. It’s similar to ProRes RAW as it has a similar data rate as ProRes 4:2:2 HQ, but behaves more like traditional RAW than a 10-bit compressed codec.

One change to the body of the camera (if not the only) is the presence of a USB-C port. And much like the Blackmagic Pocket Cinema Camera 4K, this is so you can connect an SSD to record all of your lovely Blackmagic RAW footage directly to a drive, which could even be the one you edit your project with.

The URSA Mini Pro G2 really revolves around Blackmagic RAW. The company has even removed the possibility of recording in Cinema DNG, which says it all. The camera looks to build on its predecessor’s reputation as a very capable cinema camera that sports a layout and menu system professional operators and cinematographers are used to. And, as we’ve come to expect with Blackmagic, this is all at a price that’s incredibly competitive. We’re certainly looking forward to seeing some real-world sample footage from the URSA Mini Pro G2, and of course, can’t wait to try it out ourselves.

Who’s it for? The URSA Mini Pro 4.6K G2 is aimed at filmmakers who predominantly shoot in RAW and want to preserve as much detail as possible for editing footage in post.

What does it compare to? It’ll be compared with Sony’s FS7, Panasonic’s EVA-1 and Canon’s C200, but its recording specs – when filming in Blackmagic RAW – far outweigh what’s possible on any of the aforementioned cameras.

Why should you care? Snobbery could limit the G2’s prevalence on high-end features, but it certainly looks capable of shooting at that level.

What does Kriss think? It’s a very exciting camera. You won’t find many mainstream Super-35mm cameras (under £7,000) that can shoot 120fps continuous 4.6K in a 12-bit RAW format.