The work of Antonin Kratochvil

For this month’s portrait, I’ve chosen an image from the work of Antonin Kratochvil. It’s not a name that rolls off the tongue very easily, or a name that many people have heard of, which is why I’ve selected him. I’ve been a real fan of his work since I discovered him about ten years ago. 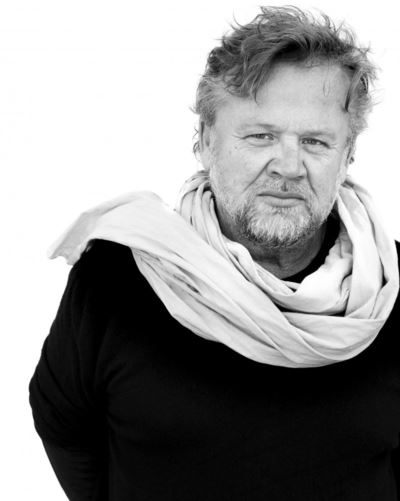 I think it would fair to say that there are few portrait photographers like Kratochvil. His style is unique and not admired by everyone because he probably breaks every rule in the book - a good thing as far as I’m concerned! His images are abstract and often out of focus, but at the same time manage to convey movement and a lot more about the subject than you might expect from this style. It’s these qualities that make him so different to the usual studio images we know and love and a real breath of fresh air for me whenever I look at them.

Antonin Kratochvil’s early life is sketchy to say the least, he was born Czechoslovakia in 1947 and spent his formative years in a labour camp. He ran away from Czechoslovakia when he was 19 years old and became a ‘citizen of the world’ as he called it. After travelling around Europe as a refugee and illegal immigrant, he arrived in Amsterdam and then went on to America where he began his career as a journalist. If you read any of his short biographies on the web, they all refer to this early period as being the reason for his nomadic life style and the way that his work is shaped. This may be true because Kratochvil is a tough guy, and is far better known for his photojournalism, a job that has taken him to many parts of the globe.

As a photojournalist, Kratochvil stands among the greats. He’s travelled widely to document the more brutal side of mankind and has one won many prestigious awards for his work. His first book, entitled Broken Dreams, published in 1997, shows images of the crumbling eastern bloc countries including Romania, Ukraine and around the radioactive area of Chernobyl. He covered the Rwandan genocide of 1994 and shot some amazing images in Rwanda and Zaire. He has also covered the Russian invasion of Afghanistan, the blood diamond mines of Sierra Leone and the conflicts in Iraq, Angola, Haiti and Burma. 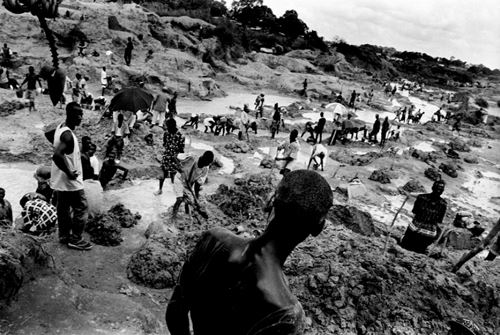 I would urge you to seek out any of this work and view it for yourselves - it's photojournalism of the most staggering quality, mostly shot in black and white. Kratochvil is also a founder member of the V11 photo agency and magazine and this is another good place to view his work. Even some of his most harrowing images show a great portrait photographer at work. His images convey the inner turmoil and sadness of his subjects and some aren’t easy to view.

It was his book Incognito, published in 2001 that showcased Kratochvil’s portraiture, shot in the same abstract style that he uses in much of his photojournalism. The images are taken not directly, but through broken glass, windows, or through fabric. We see his subjects on the very edges of the image, coming in or moving away from us, often in a blur. But every image has a clear identity and through the glass or the fluid movement of the subject, we know who it is and can name the actor or celebrity in the shot. This is a very clever, and I think brave technique indeed to use in this way, and I would imagine the margin of error between a good and a bad image is negligible. 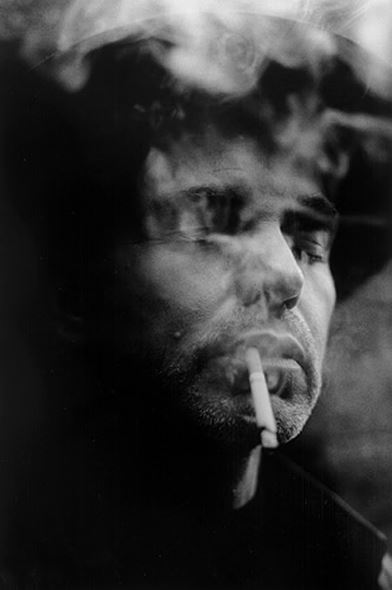 The image that I’ve chosen from his book Incognito is this one, the portrait of Billy Bob Thornton that typifies Kratochvil’s work. For me, the portrait works on every level, the composition is perfect and the cropping couldn’t be better. We see the subject, eyes nearly closed in a haze of cigarette smoke, but the portrait tells us everything we need to know, it’s a lovely piece of work. Thornton, actor and musician has been married five times and apparently has a number of ‘issues’ relating to various phobias and an obsessive-compulsive disorder. Whatever his problems are, the portrait shows a man who’s lived life, that’s for sure! Other portraits in the book that are really worth searching out are that of Rod Steiger and the actor Jean Reno.

I hope you liked the image of ‘Billy Bob’ as much as I did, and as I said, please take some time to search out more of Kratochvil’s work, either from his book Incognito, or from his vast body of photojournalism.